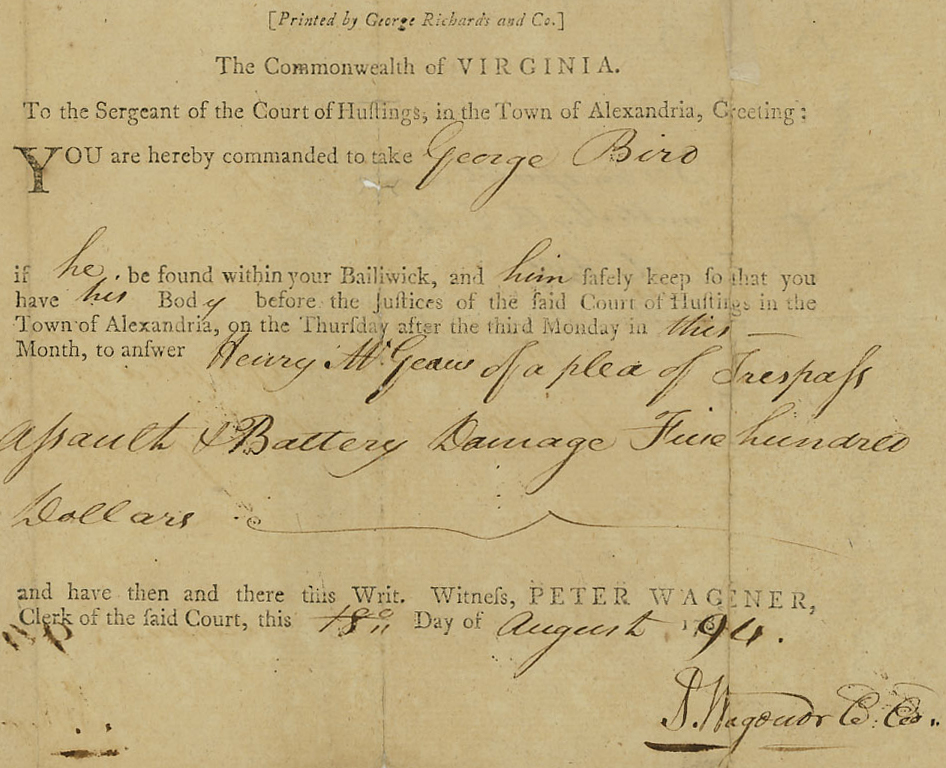 I love the law (I'm trained as a lawyer), and I love Alexandria, Virginia history (I grew up here, and I live here still). So, I find this item in OurHistoryMuseum's collection particularly fascinating.

It is a 1794 arrest warrant issued by the court clerk for trespass and assault and battery. What's interesting to me is that despite all of my decades of experience working in and around the Virginia Court system, I had never heard of the Court of Hustings.

"the Hustings Court tradition can be found in some areas of the United States, such as in Virginia, where Hustings Courts formerly decided local criminal and other matters."

Peter Wagener is an interesting fellow. He was a friend of George Washington's (also here). he was clerk of the court in Fairfax County, Virginia, and here is a link to his gravesite and bio.

A transcription appears below the document itself. 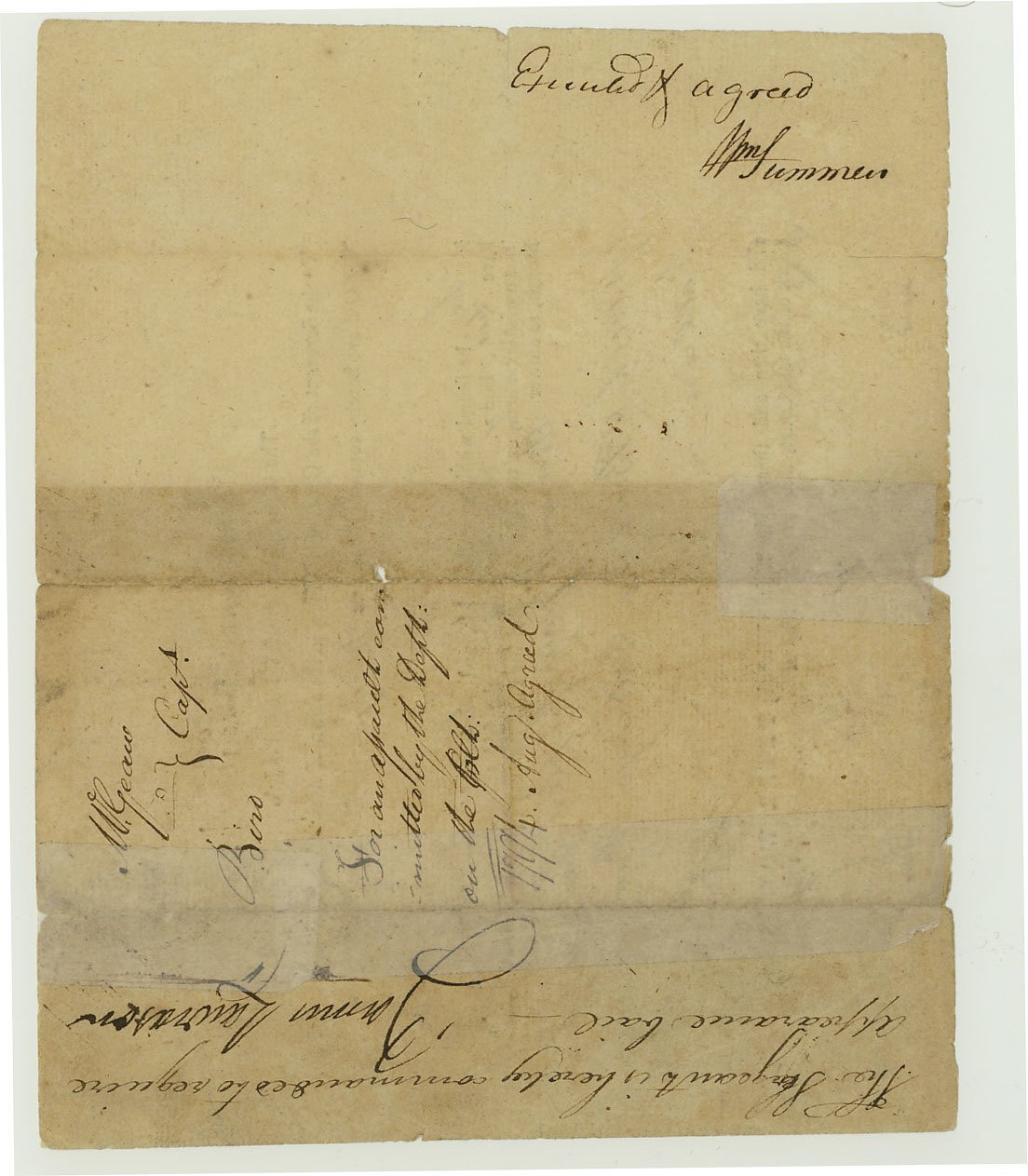 [Printed by George Richards and Co.]

The Commonwealth of Virginia

To the Sergeant of the Court of Hustings, in the Town of Alexandria, Greeting:

You are hereby commanded to take George Biro

If he be found within your Bailiwick, and him safely keep so that you have his body before the Justices of the said Court of Hustings in the Town of Alexandria, on the Thursday after the third Monday in this month, to answer

and have then and there this writ. Witness, Peter Wagener, Clerk of said Court, this 18th day of August 1794.

For an assault committed by the defendant on the plaintiff

The sergeant is hereby commanded to require appearance bail