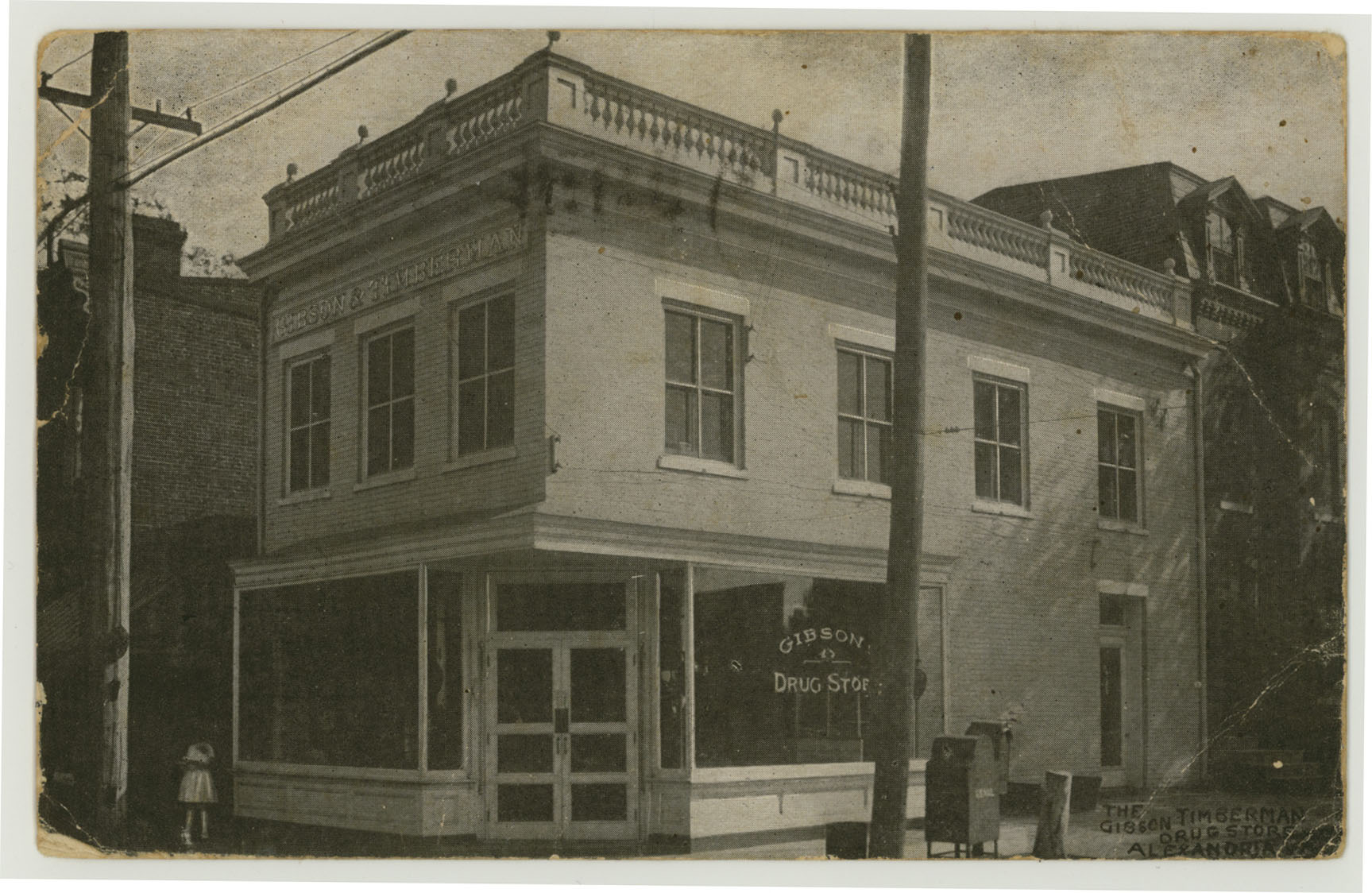 This building still exists at 824 King Street although you might never notice it or recognize it. My office was in the same block for 20 years, and I did not recognize this building when I went to go try to find a match for the postcard. I even frequent the shoe repair place as they are my favorite in town.

The City's website and historical markers describe Gibson and Timberman store as:

Charles Timberman operated a pharmacy with Richard Gibson, known as Gibson & Timberman at 824 King Street until 1904, when their partnership was dissolved. He then moved to Philadelphia to accept a position with a drug firm in that City. He died in 1917 and was buried in Alexandria. 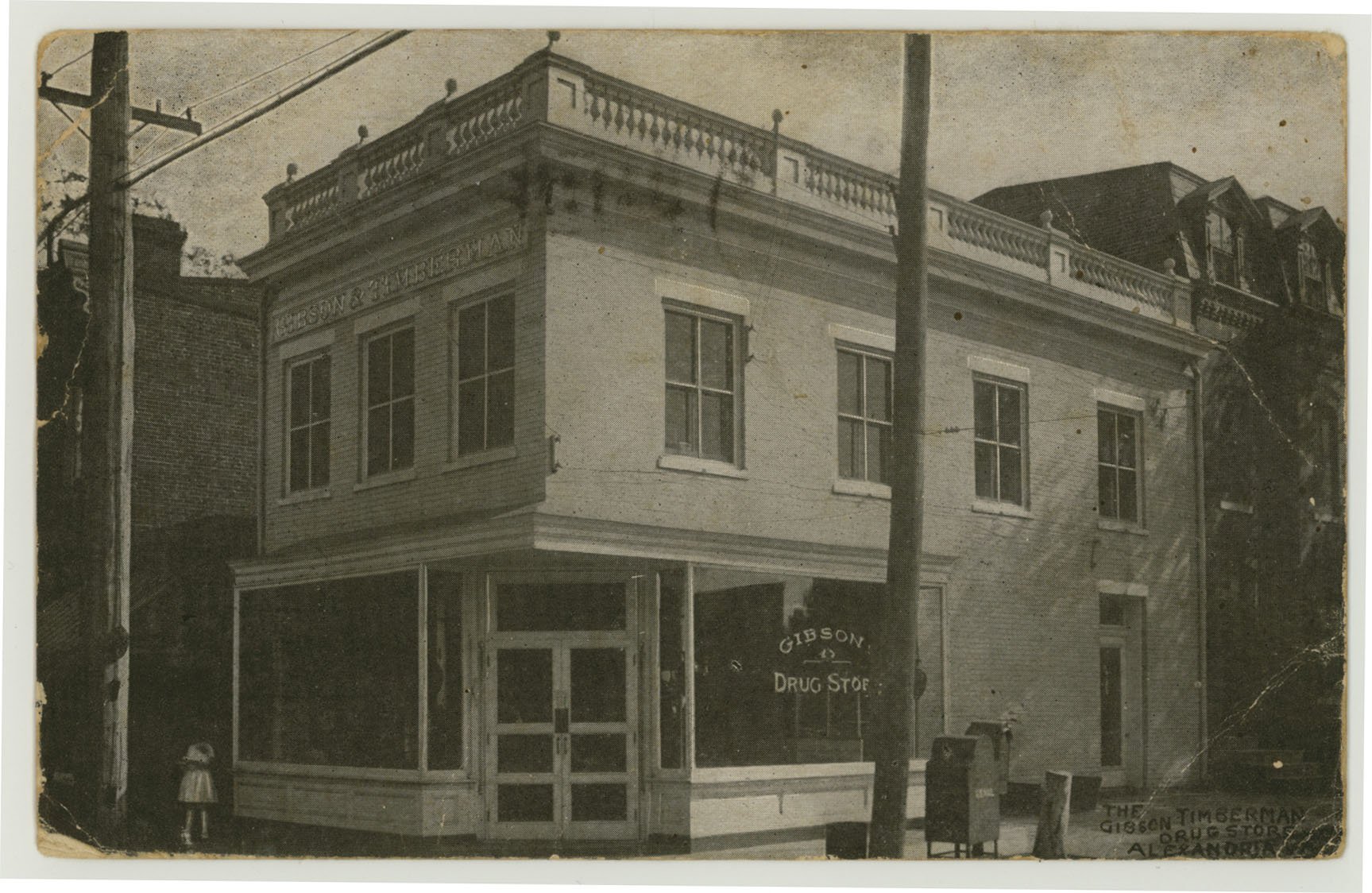 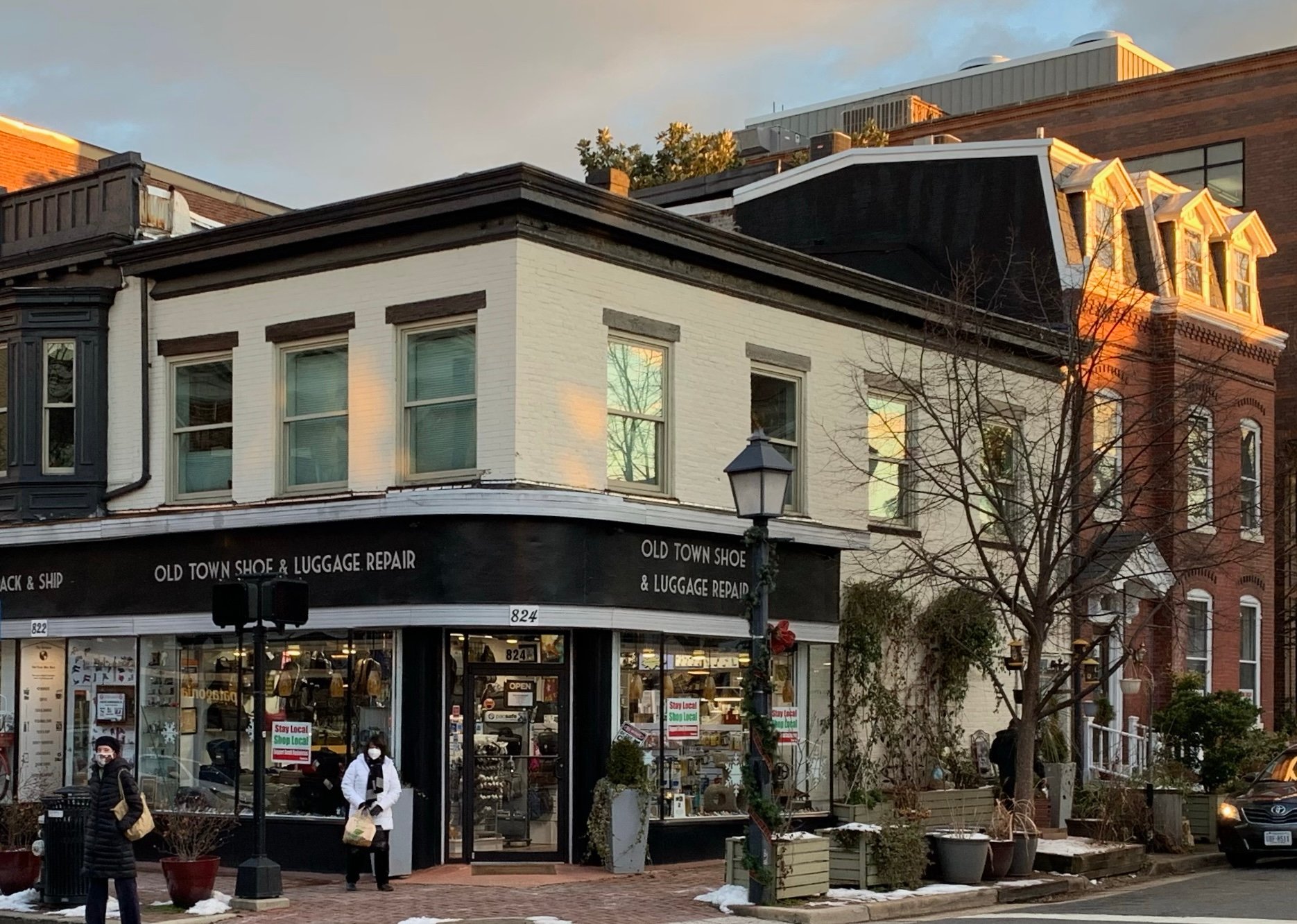 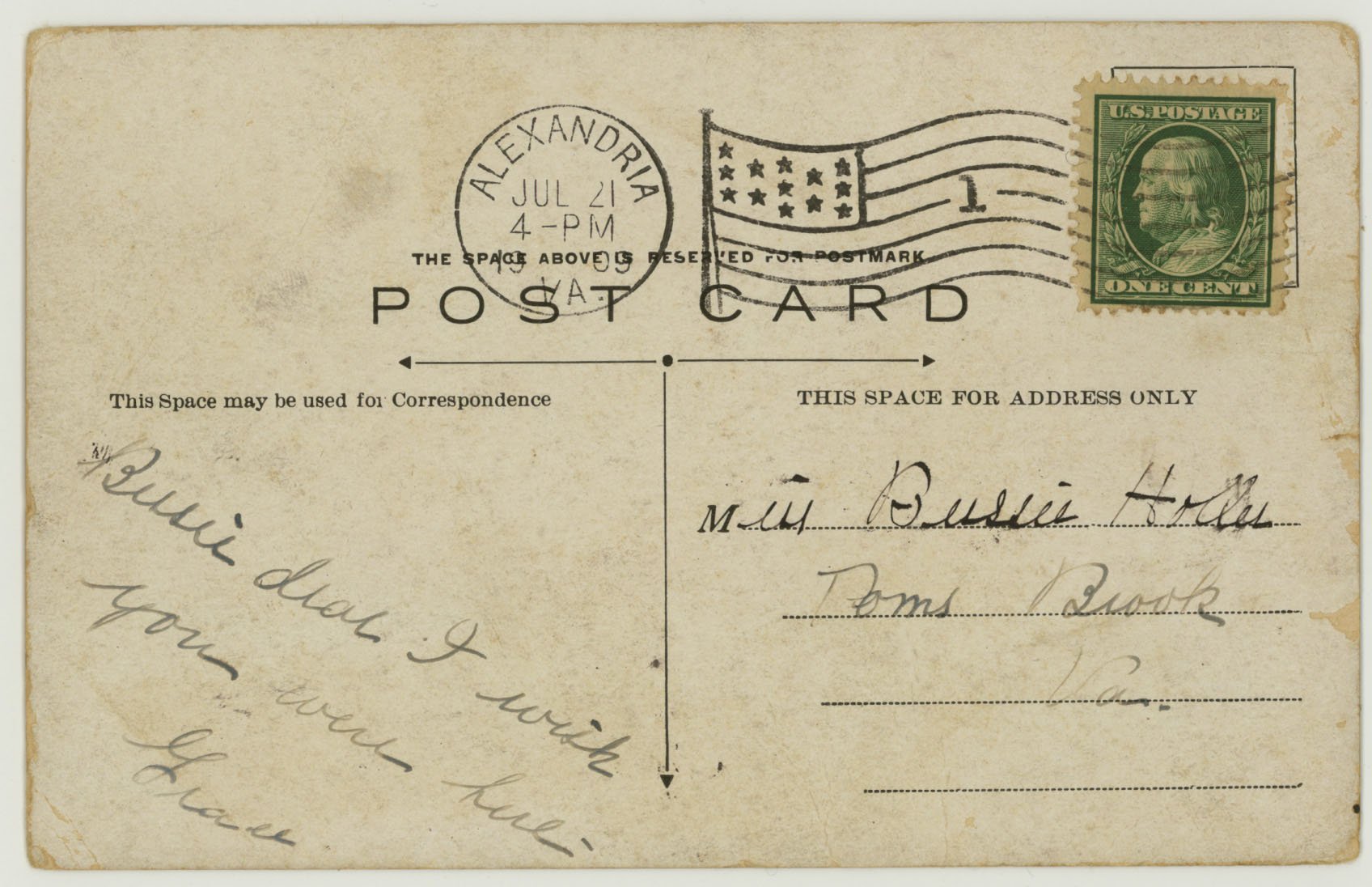