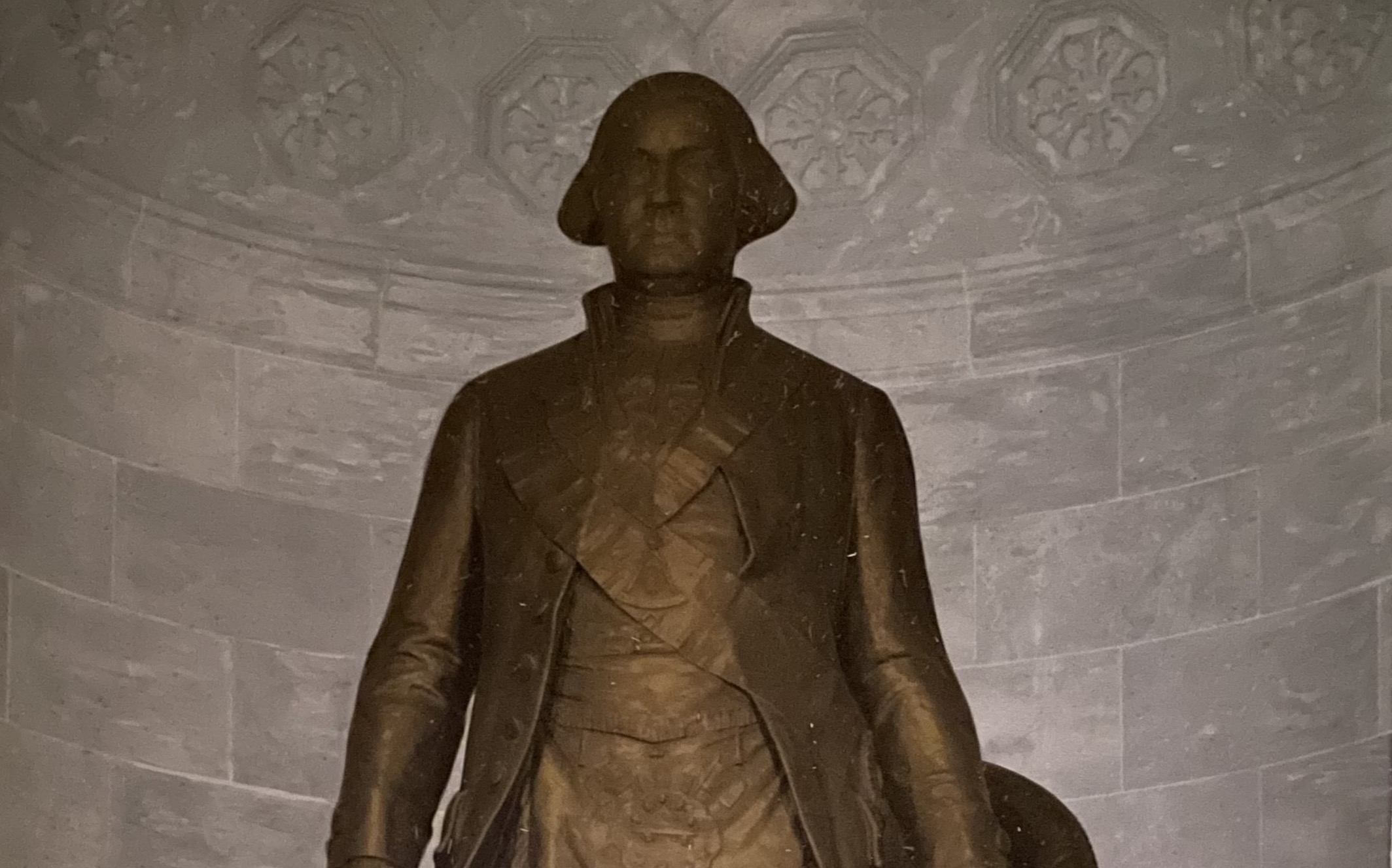 As we plod through January amidst snowstorms, omicron, and political division, I am very much looking forward to February. Not just because it will likely bring the beginning of the end of the current Covid surge, but it will also usher in the season of George Washington's Birthday. Although his history is rightly viewed as complicated, in my hometown of Alexandria, Virginia, which I share with Washington, February is a time of hope, parades, and a reminder of all the good that Washington stood for — including his resistance to political parties. You see, I've always agreed with Washington's notion of putting Country above Party.

As noted by Wikipedia summarizing Washington's farewell address, "Washington recognizes that it is natural for people to organize and operate within groups such as political parties, but he also argues that every government has recognized political parties as an enemy and has sought to repress them because of their tendency to seek more power than other groups and to take revenge on political opponents. He feels that disagreements between political parties weakened the government." In the same speech, Washington said, a political party:

serves always to distract the public councils and enfeeble the public administration. It agitates the community with ill-founded jealousies and false alarms, kindles the animosity of one part against another, foments occasionally riot and insurrection.

Well said. Did you know that in America's original constitution, which Washington helped draft, the person with the second-highest number of votes became Vice President? That was only changed with the passage of the 12th amendment. Admittedly, that system is hard to imagine today.

In thumbing through the OurHistoryMuseum collection for Geoge Washington-related items, I came across this 1950 program for the unveiling of the George Washington sculpture at the George Washington National Masonic Memorial in Alexandria, Virginia. Inside it, there is a detailed list of the participants at the unveiling, including President Harry S. Truman. There were also a handful of newspaper clippings folded inside the program that tease the backstory of the foundry and sculptor, Bryant Baker. Those clippings and the program are shown below.

Bryant Baker, a Freemason, is a prolific enough sculptor to warrant having a Wikipedia page. His studio was in New York City, this particular sculpture was sculpted in Connecticut, and the bronze Washington statue was ultimately forged in Rhode Island. Interestingly, this was not the first Masonic statue of George Washington displayed in Alexandria. According to Wikipedia, funds were raised in the 1850s from all over the country to create a memorial park nearby — including a sculpture.

Noted sculptor, Hiram Powers, was hired to design a sculpture delivered just before the Civil War. Regrettably, that statue was moved to Richmond, Virginia, two years later, and it was lost when Richmond was burned during the surrender of that city.

Images of President Truman, himself a Freemason, speaking at the sculpture unveiling and the original program brochure are below. The newspaper articles found inside the brochure raise more questions than they answer. Judge for yourself.

I can't make out the name on the cover, can you? It seems like he has to be a Freemason based on other clues. 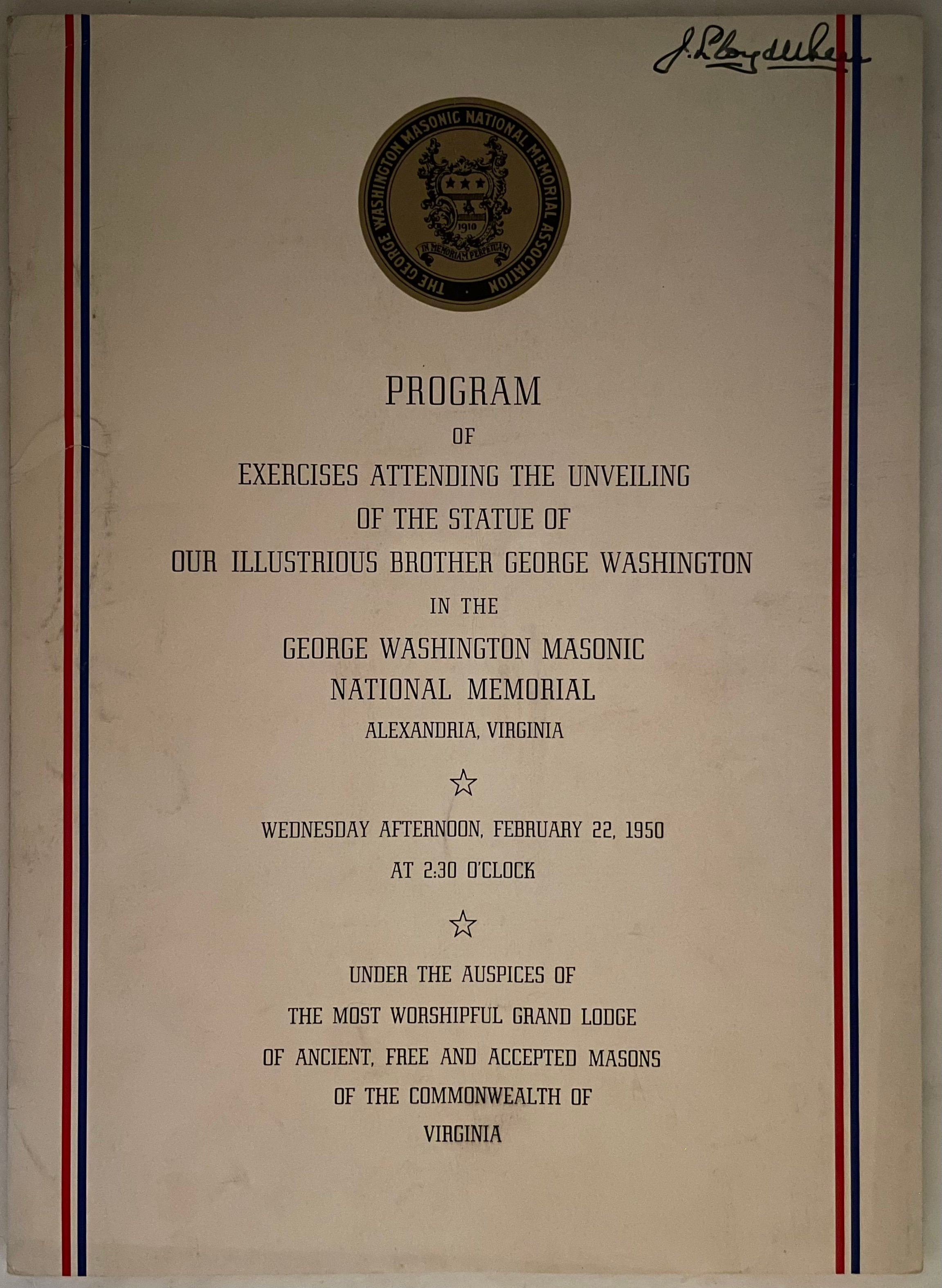 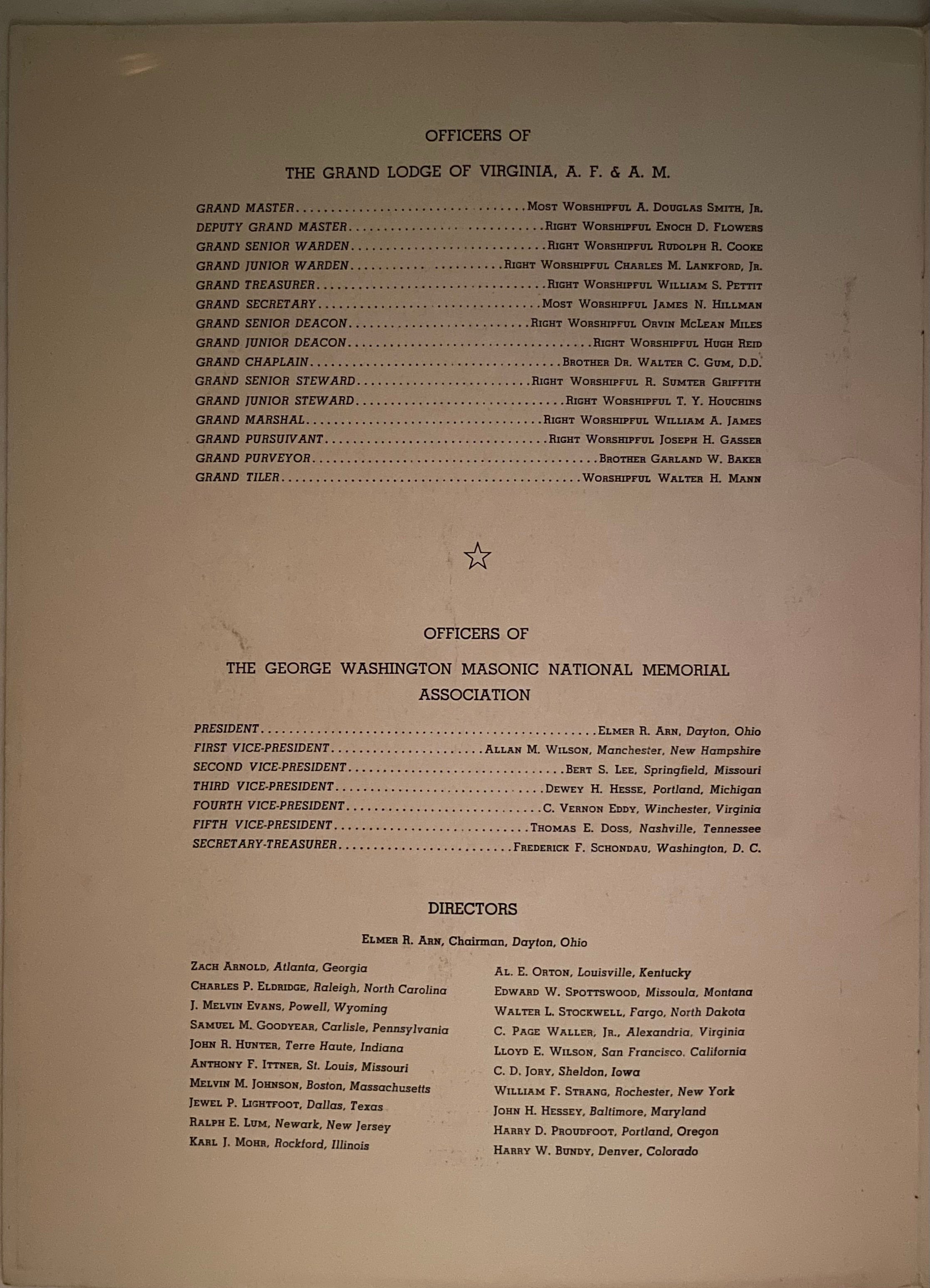 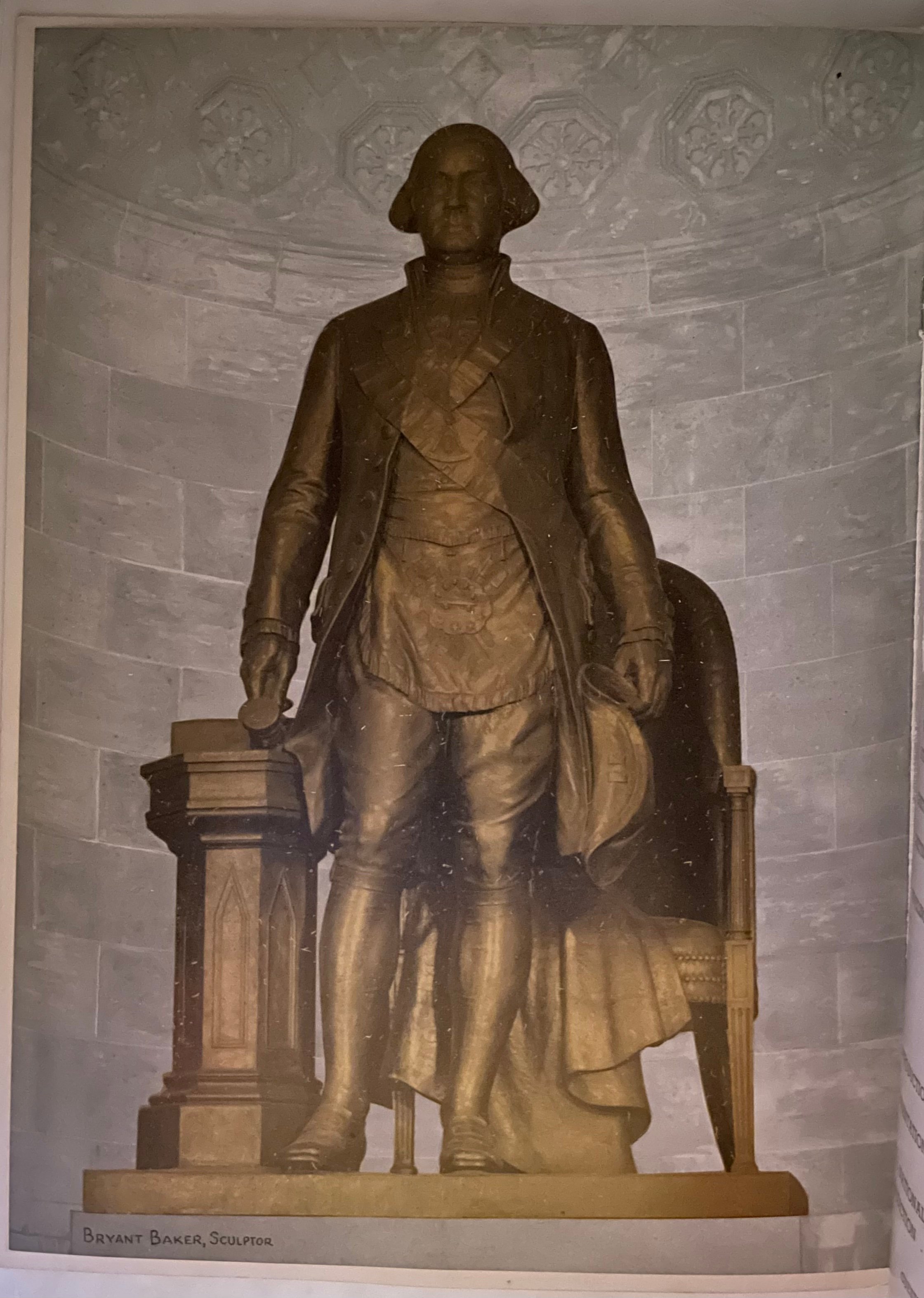 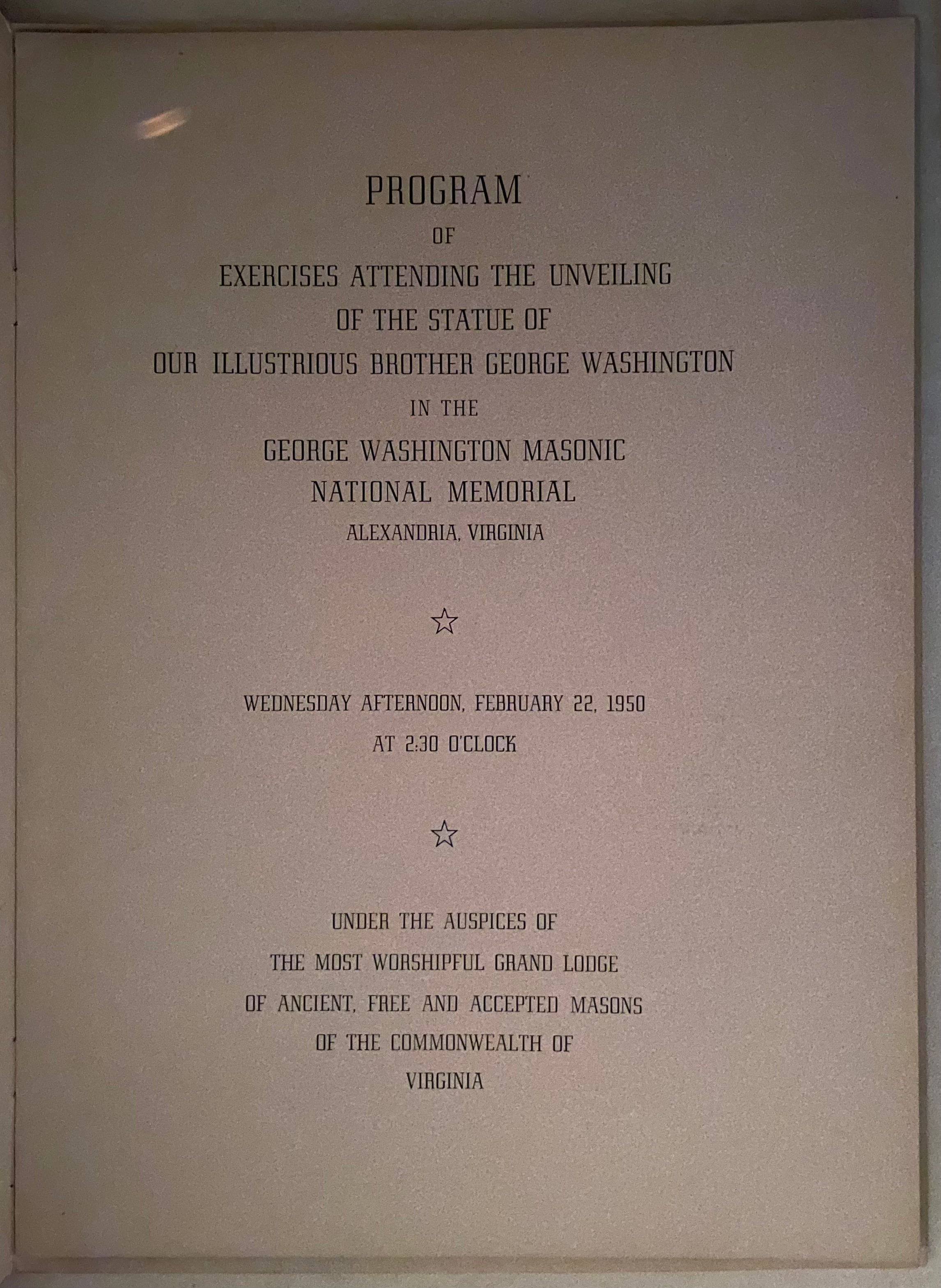 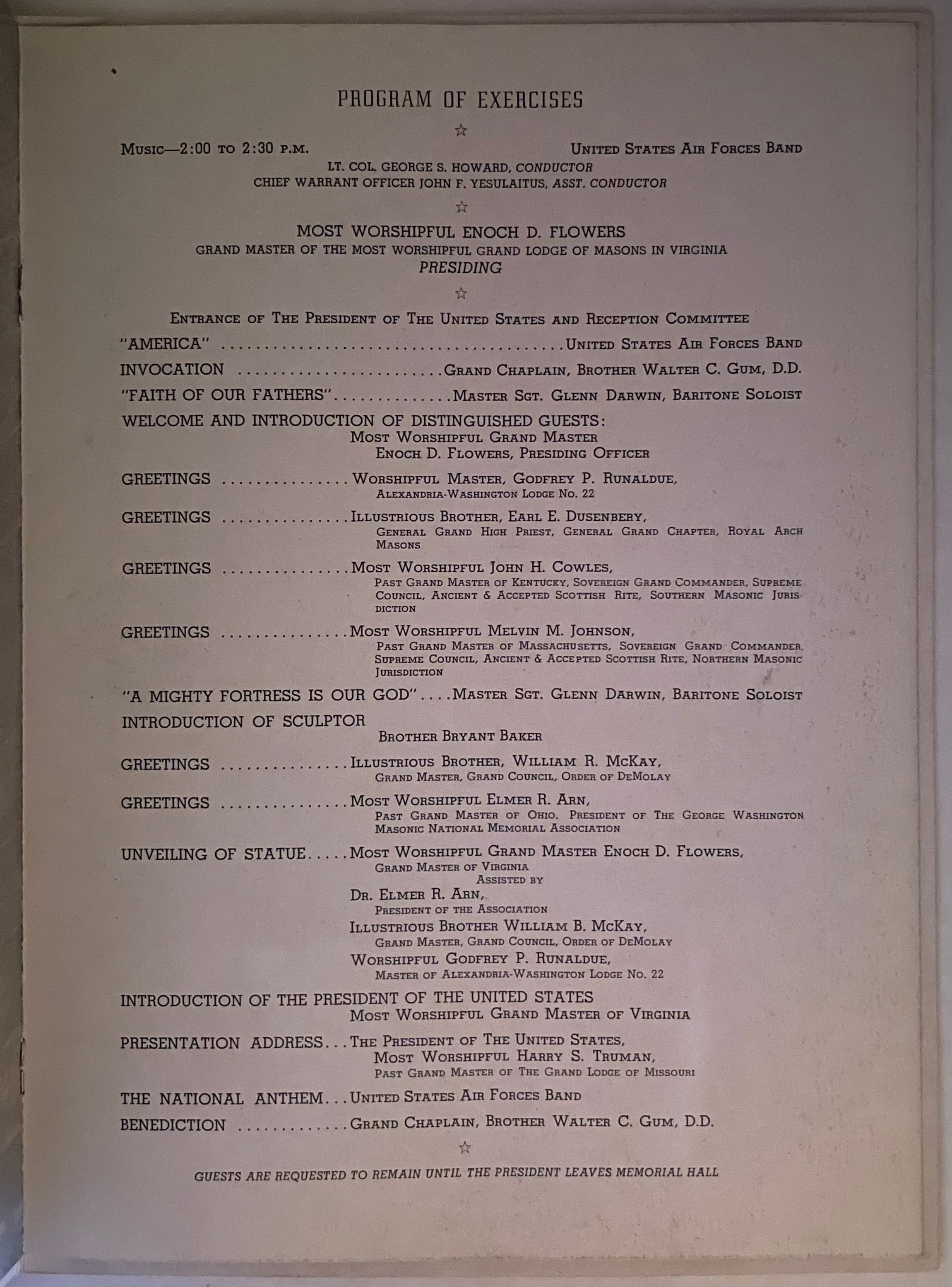 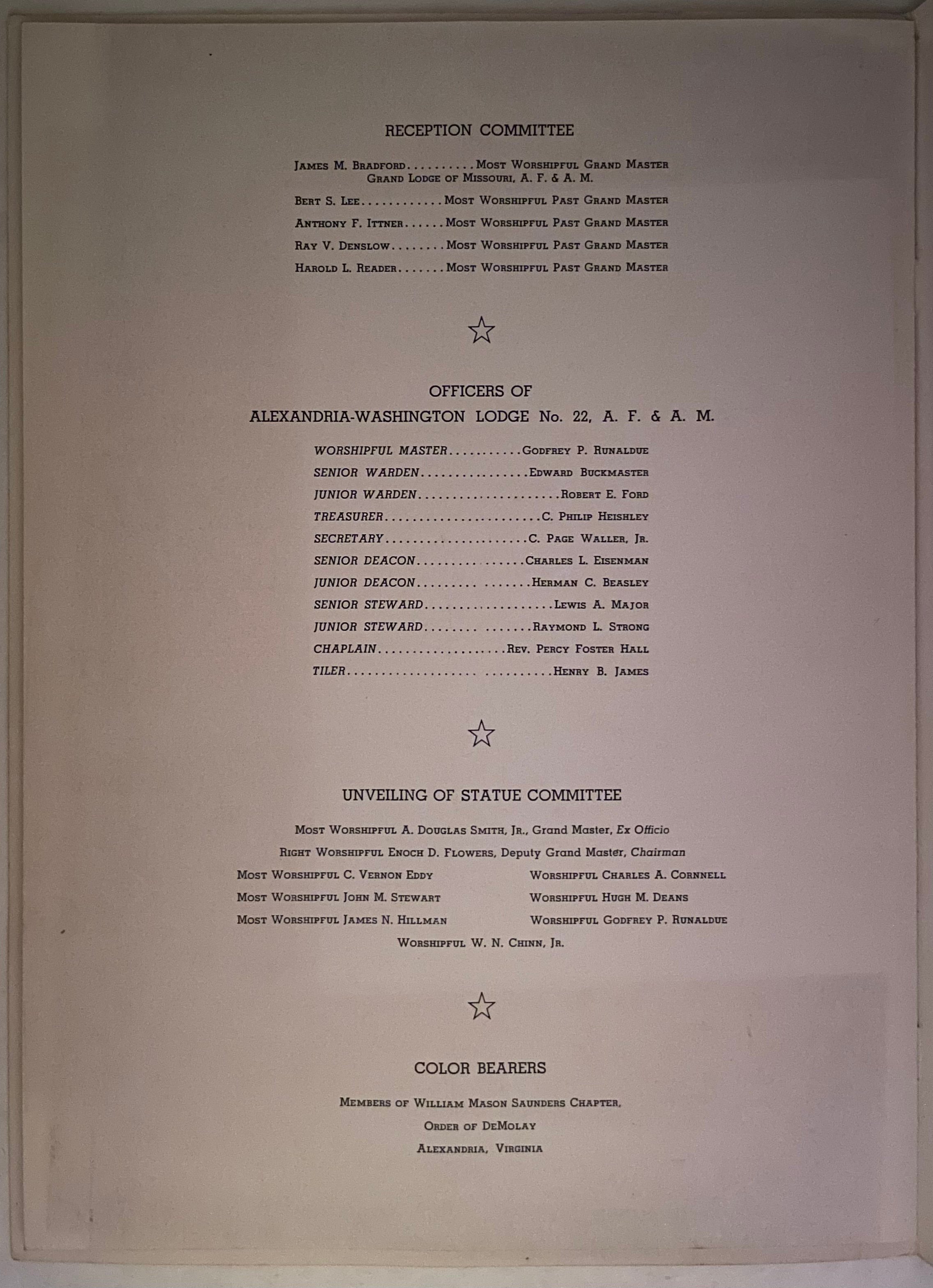 And the back cover. 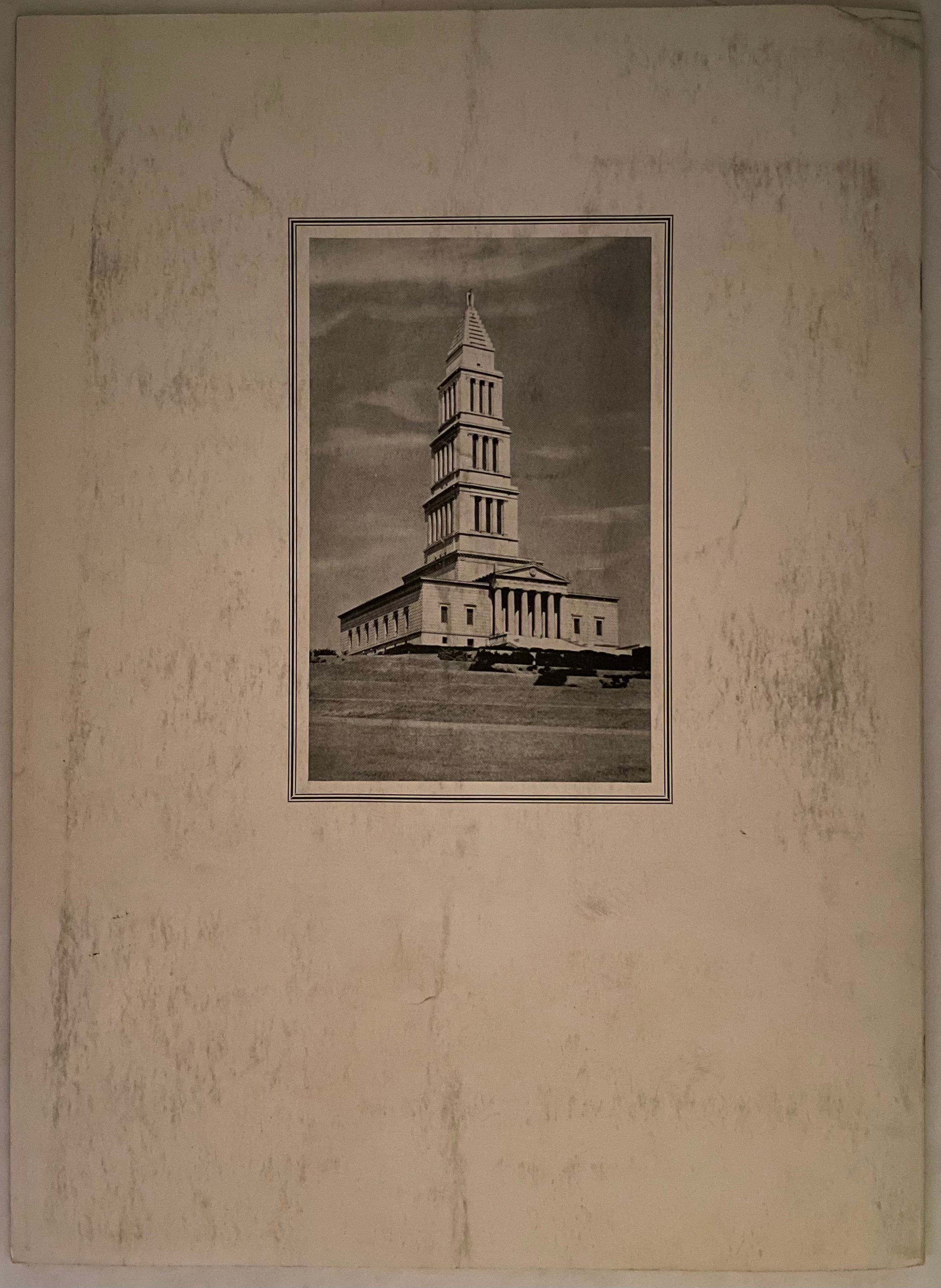 These clippings and miscellaneous ephemera were tucked into the brochure. 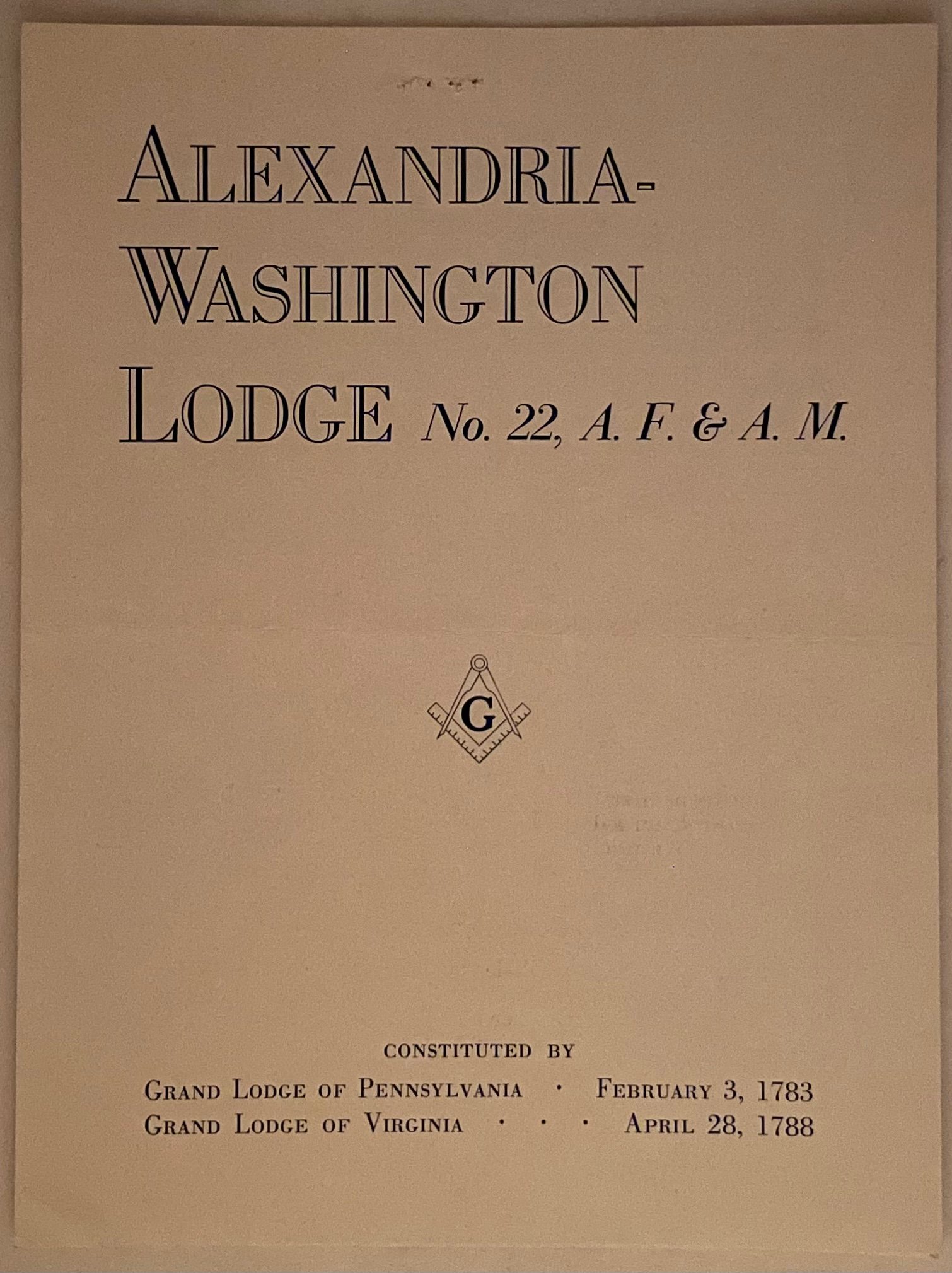 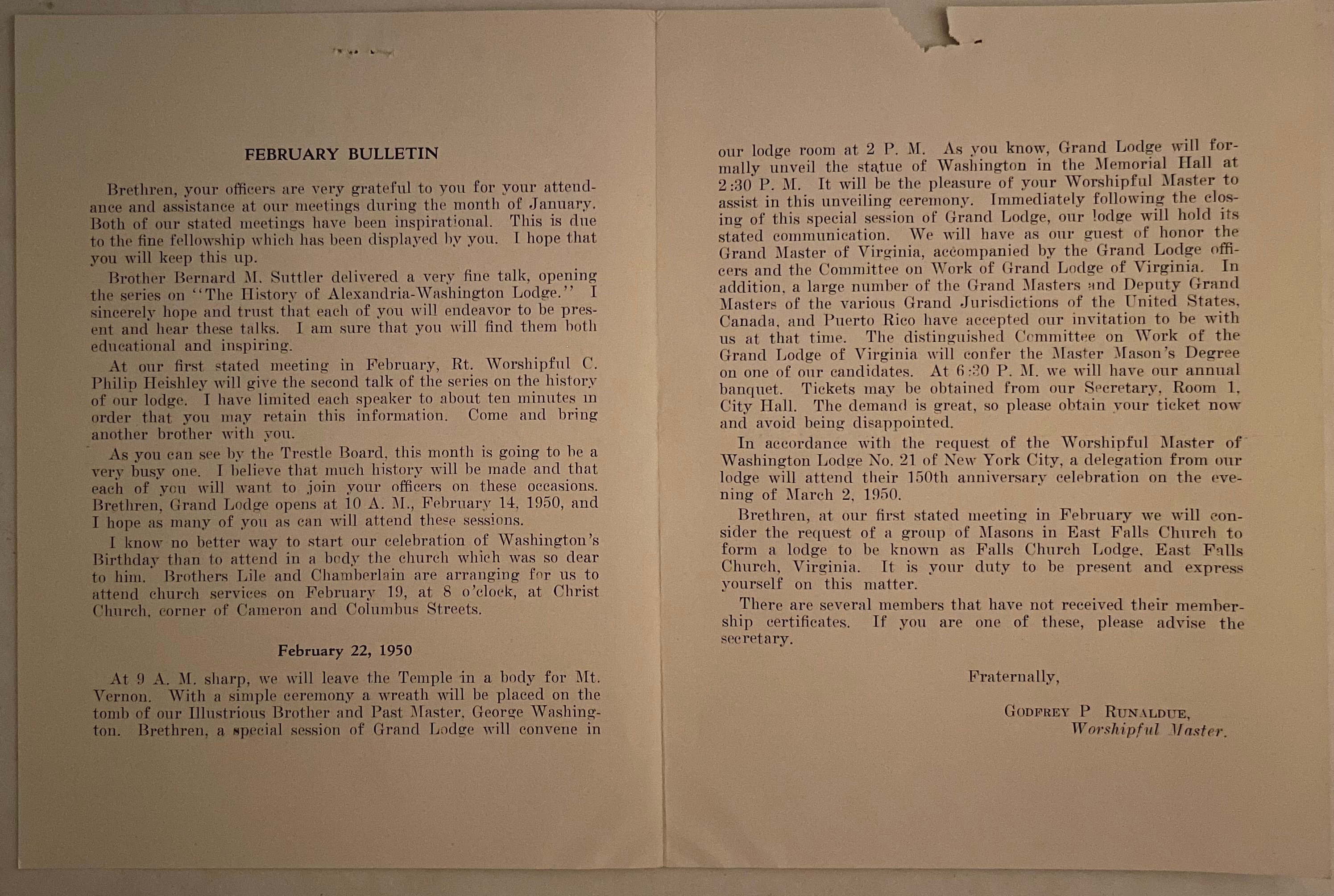 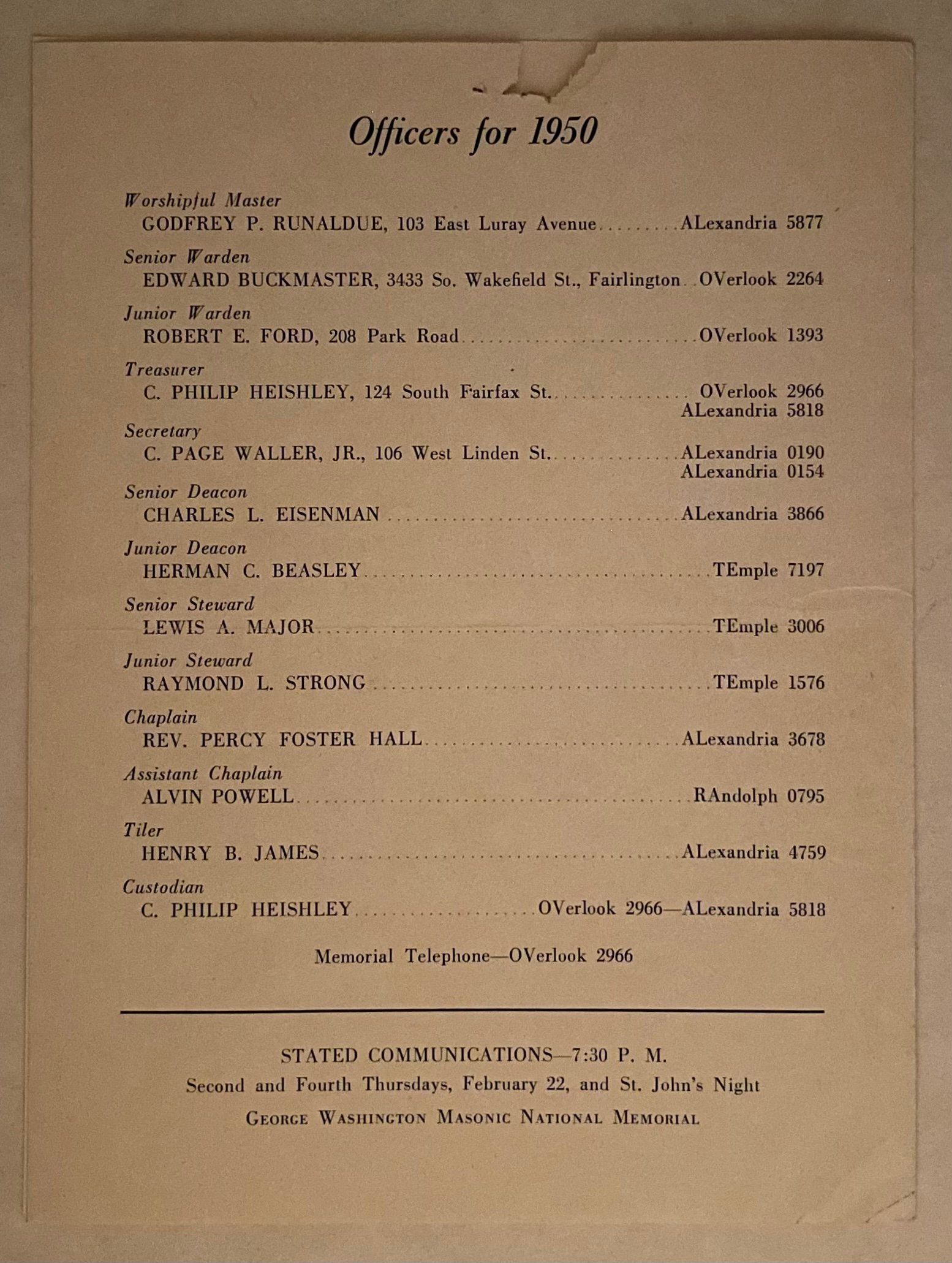 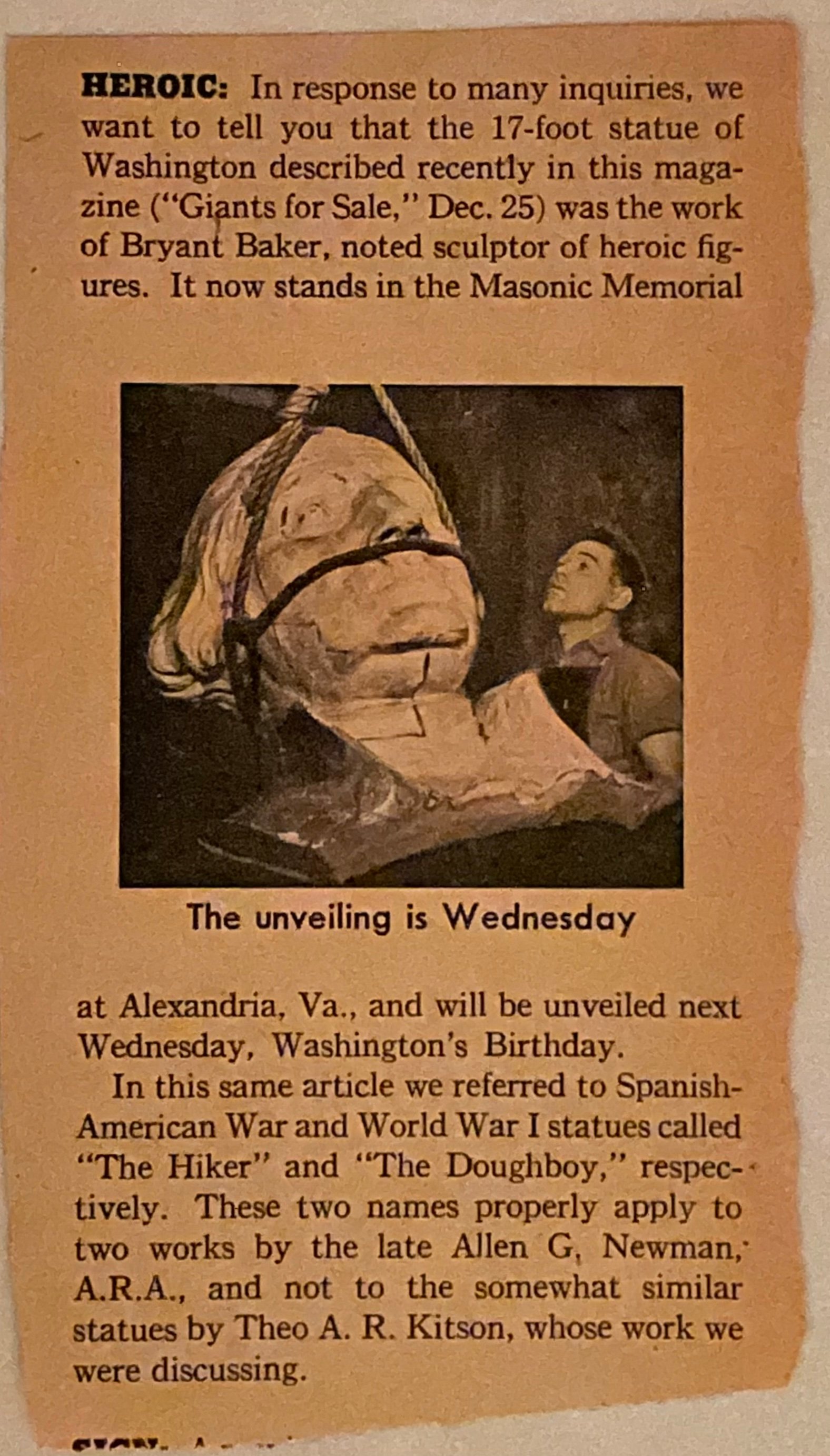 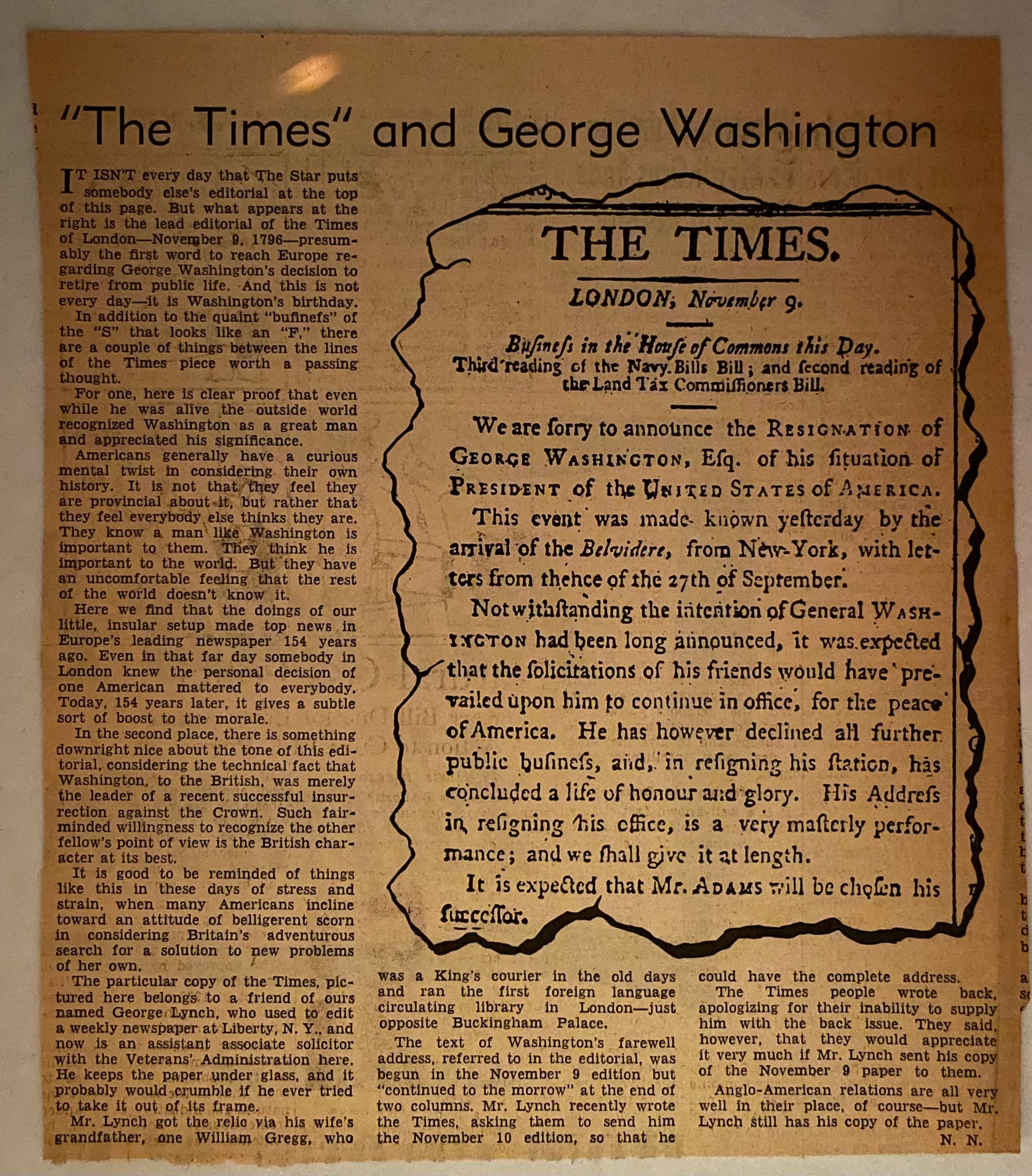 The article below only makes sense when read with the correction above with the same head of Washington photo. Even then, I have a hard time making sense of it. Did this same statue languish for 16 years at the foundry? That hardly seems possible, given that it was converted from marble to bronze only a year before its unveiling. I encourage someone with the whole story to post it in the comments section. 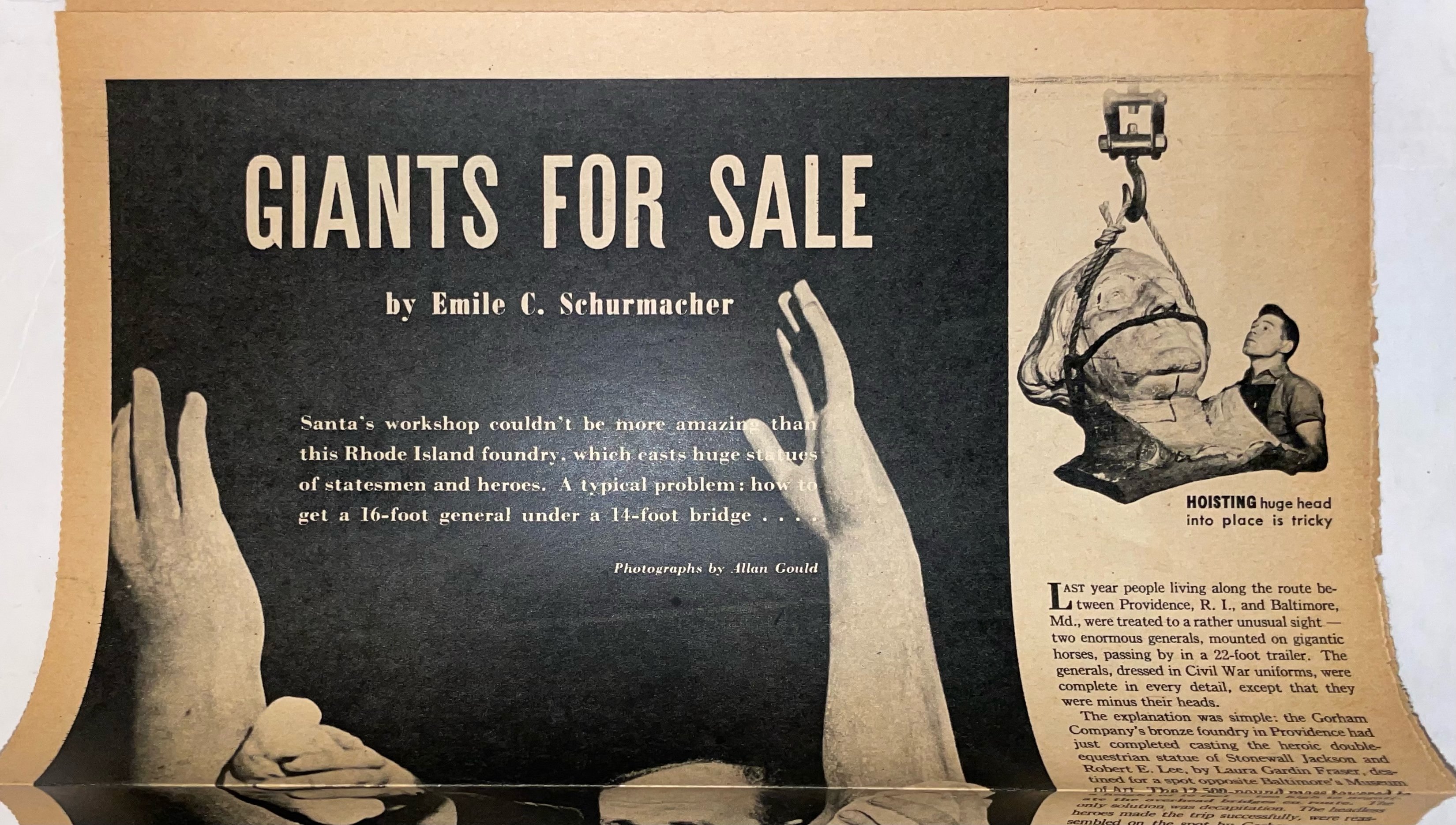 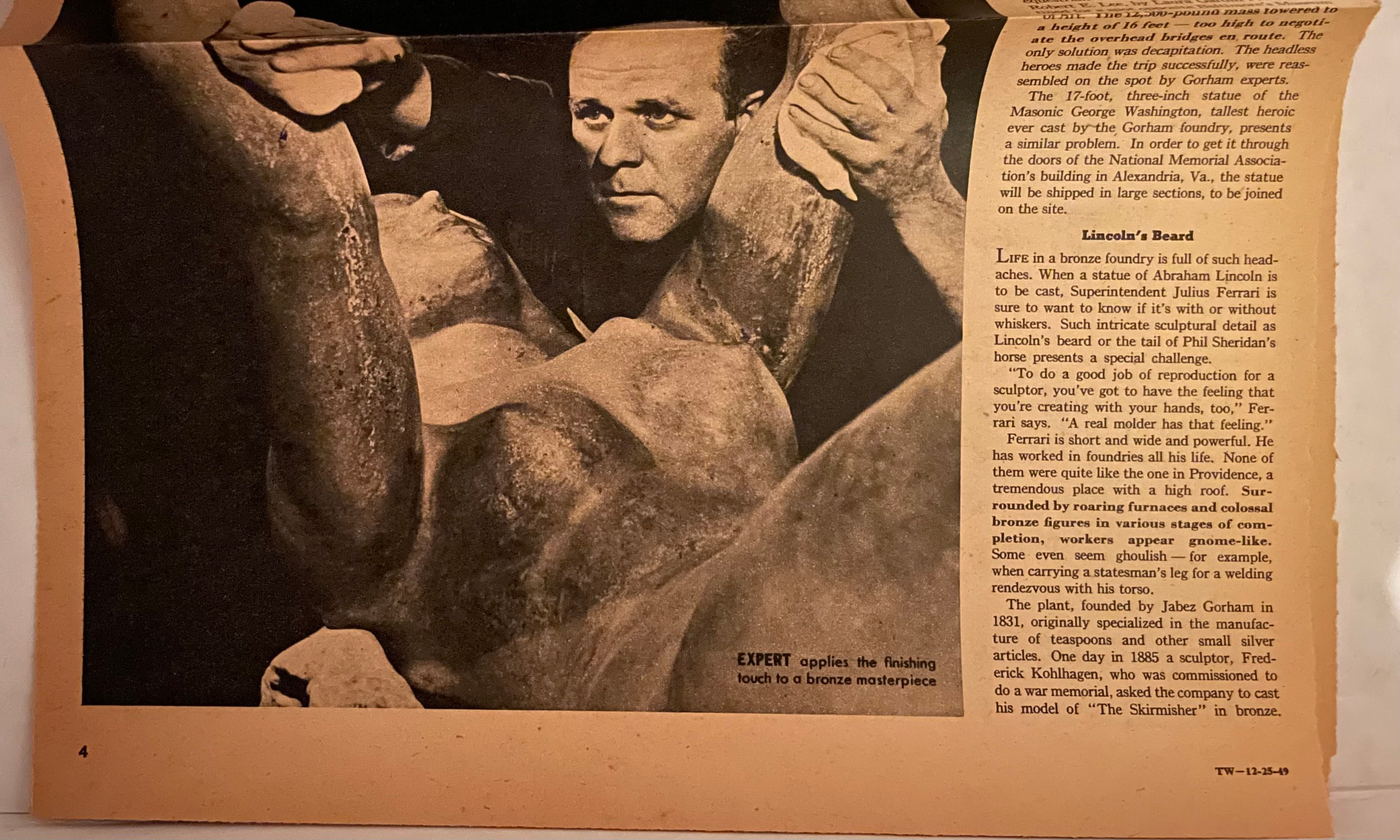 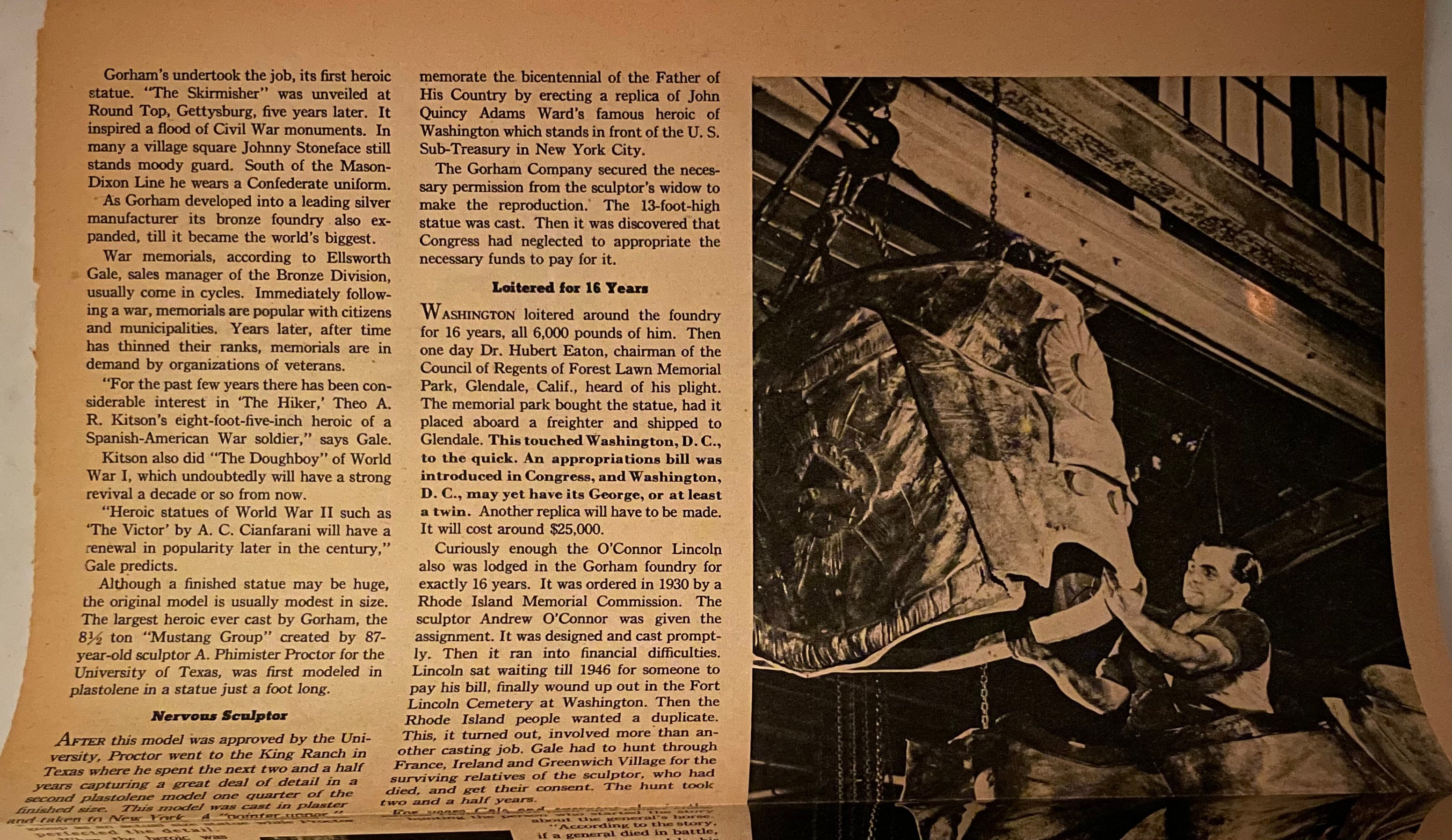 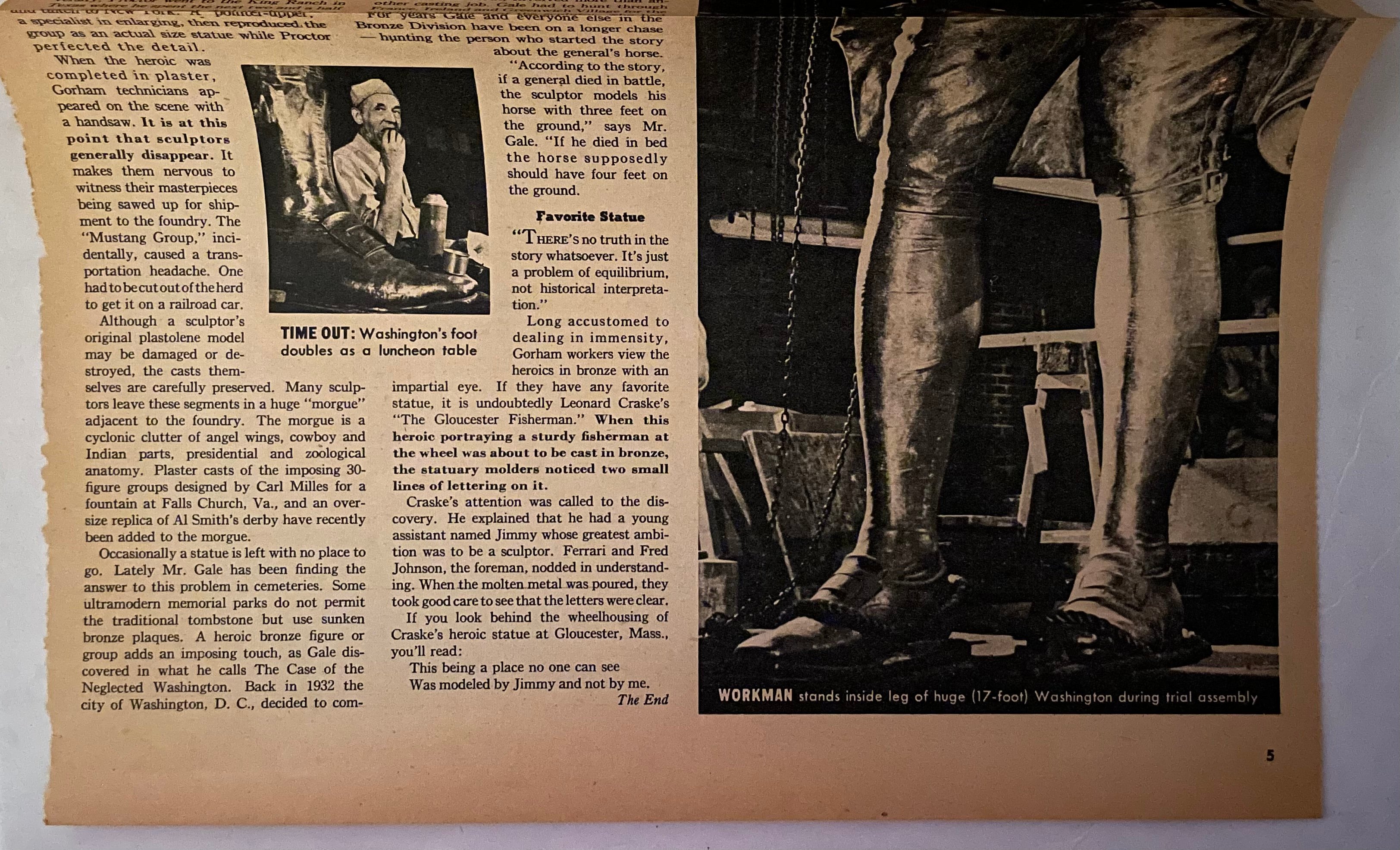 Finally, here's a National Archives photo of President Truman speaking at the unveiling. 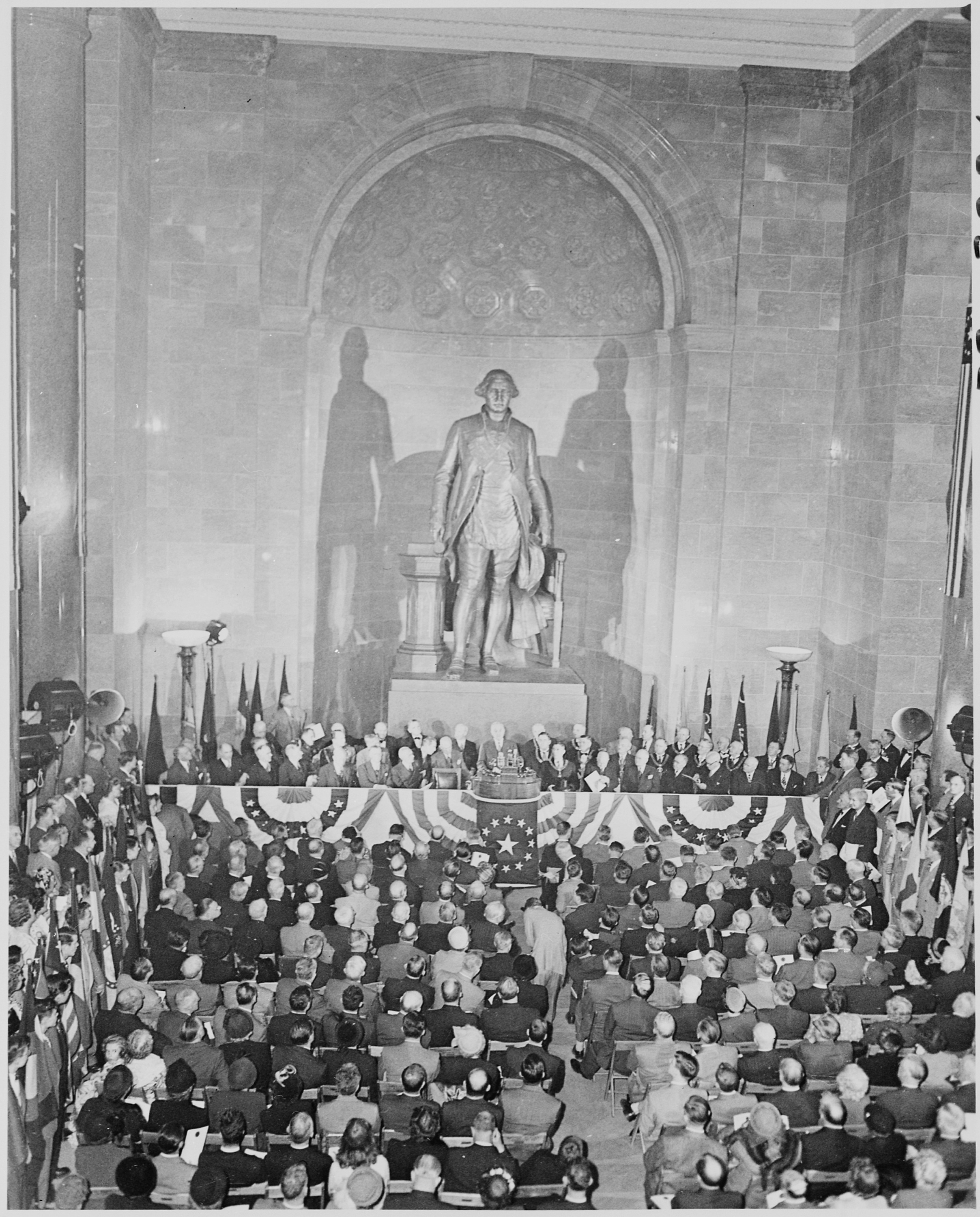