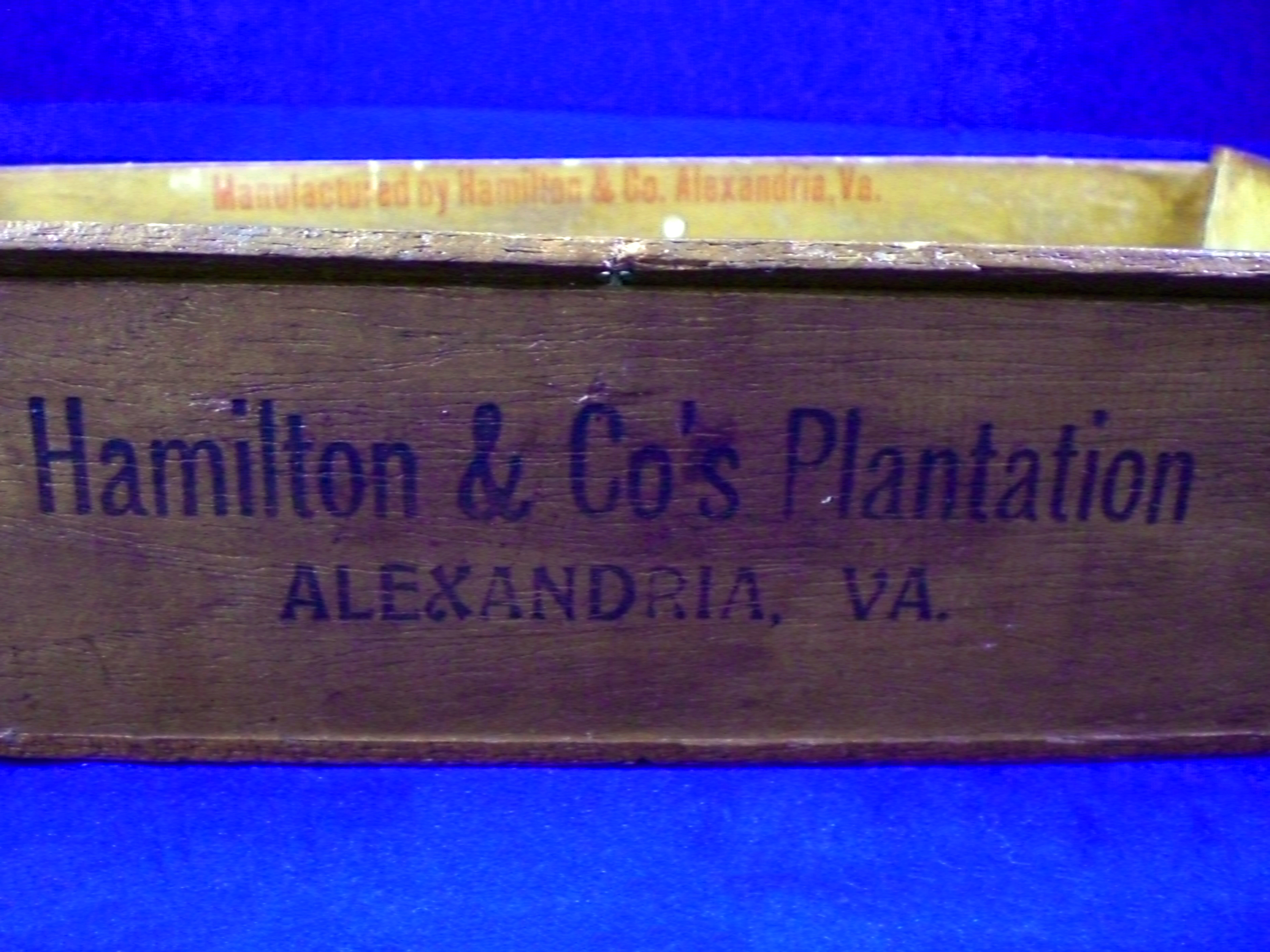 Before there was an Alexandria, there were tobacco growers, tobacco plantations, and tobacco warehouses. By the time the town was formally established in 1749, it had already been the site of a public tobacco inspection station for decades. England sought to standardize the raw product coming from America and set up pre-export inspection stations.

After the Revolutionary War, the town became home to manufacturers of cigars, snuff, cigarettes, and other types of tobacco products. Alexandria was a top ten port and was surrounded by tobacco cultivation. Of course, someone would want to capitalize on that and add value through manufacturing.

Here are a handful of items from the OurHistoryMuseum collection. The first is a Hamilton & Company Plantation cigar box. The next two are letters from the same sender, Frank Corbett, from two different companies. I believe both Old Dominion Cigar Co. and Steiner & Yohe were located in the present-day Ramsey House Visitors Center location.

From the Arlington Historical Magazine [PDF] about Frank Corbett:

Over the years, he was a deputy collector for the U.S. Custom House (in at least 1870 and 1876), ran a Chinese Tea Store ( early 1870s ), and was partner in a brick manufactory (circa 1874-1890s) and a cigar manufactory (late 1880s until his death). In addition, he was a Common Councilman for Alexandria's second ward ( 1883-1889), president of the Mount Vernon Fire Insurance Company of Alexandria (in at least 1887), and president of a building association, the Mount Vernon Co-Operative No. 2 (in at least 1888).  When he died, the Alexandria Gazette discussed these types of activities, covering his Arlington holdings with one sentence: "He owned a farm in Alexandria county said to be worth about $20,000."

The final item is an invoice from A.J. Fleming & Co, "jobbers" in tobacco products. 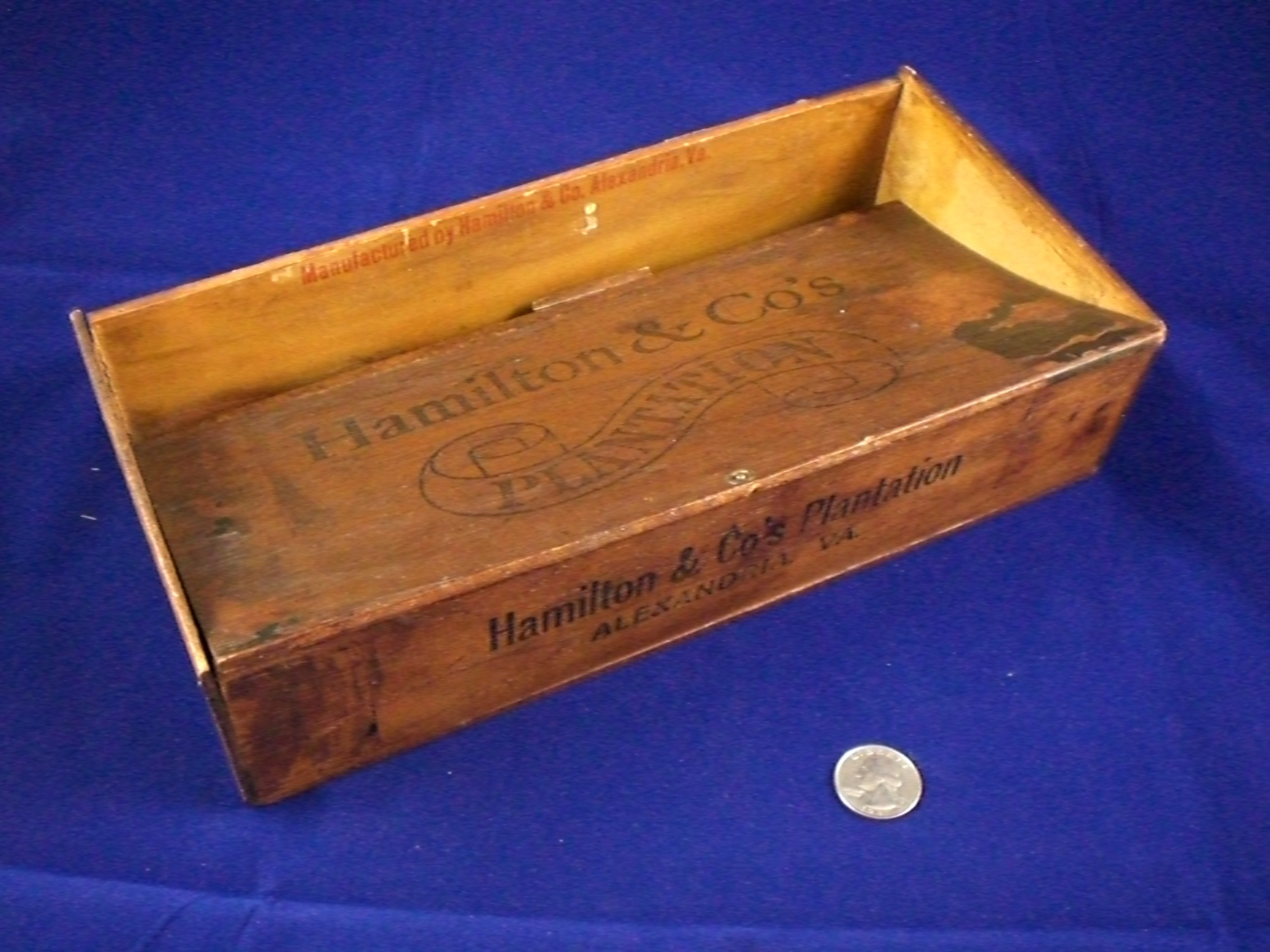 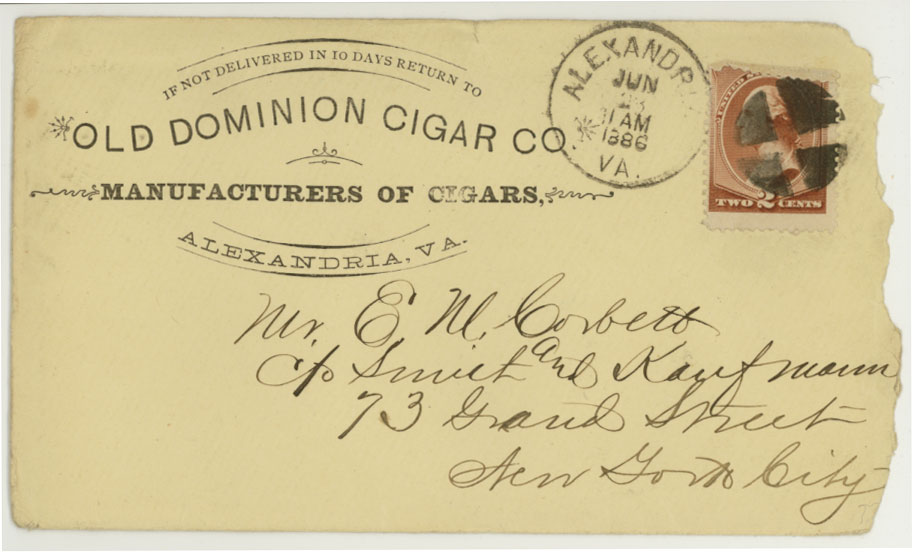 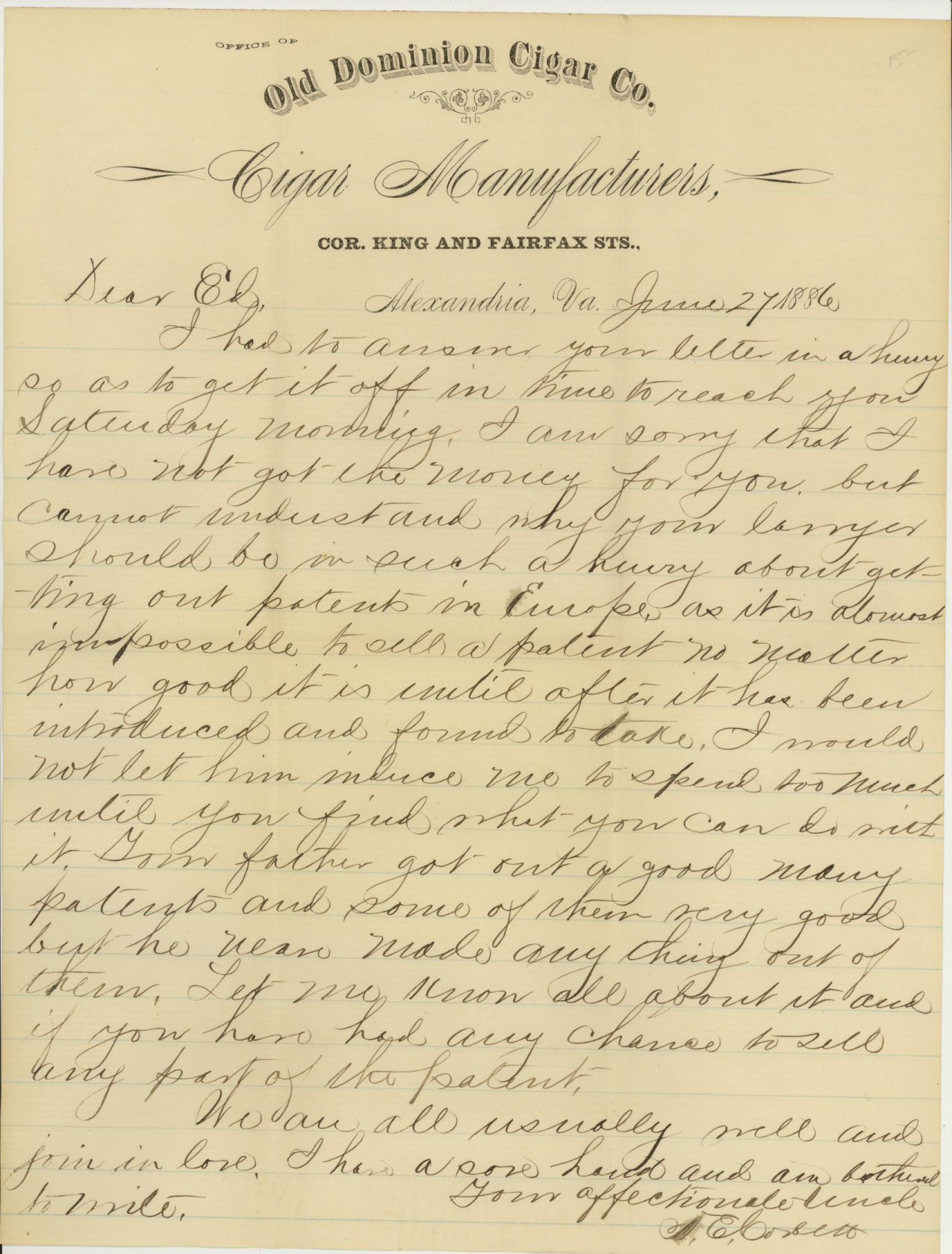 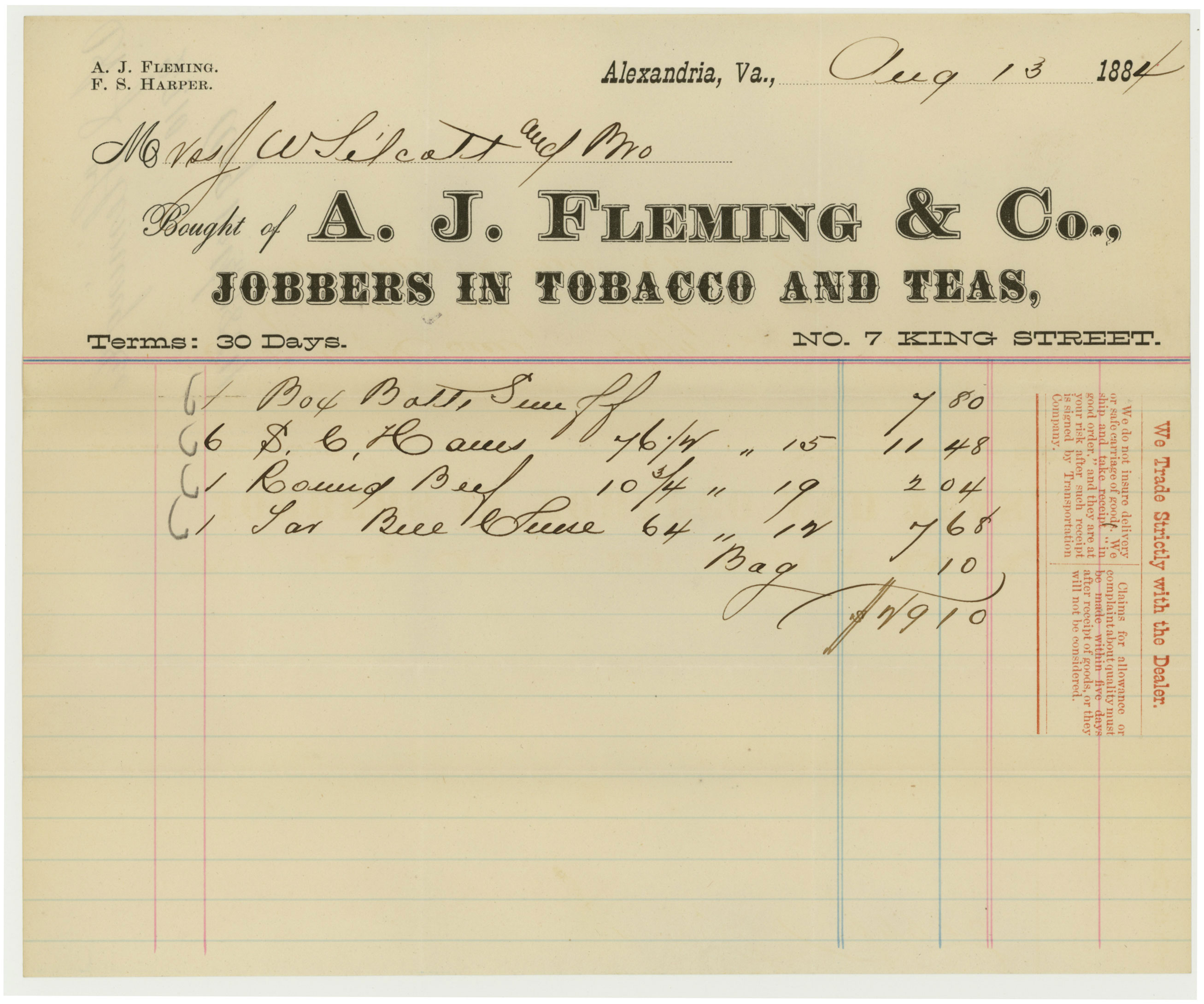