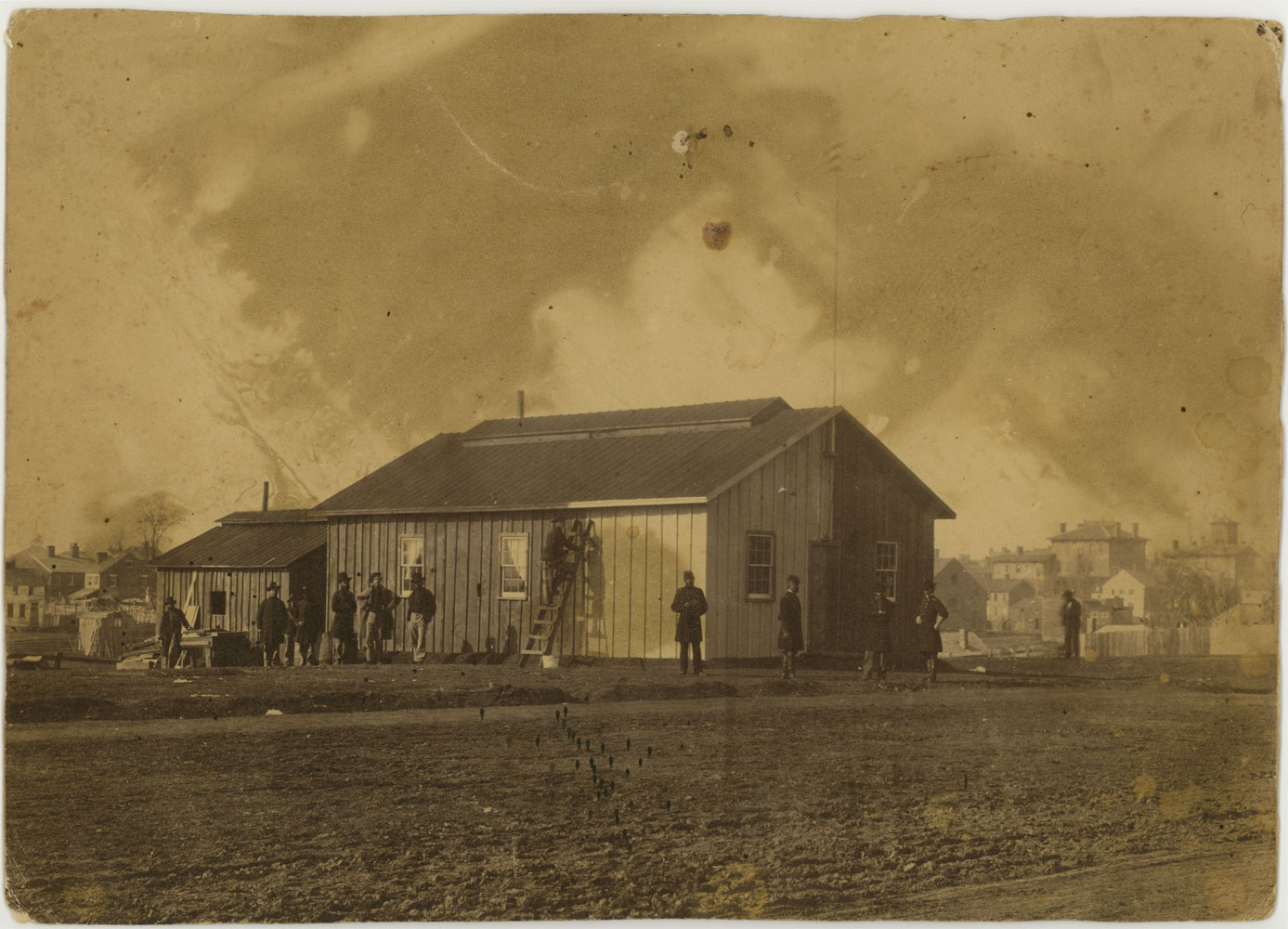 Take a close look at this never-publicly-seen photo of the Battery Rogers Hospital in 1863. If you follow that link, you'll see the hospital was located at the southwest corner of Franklin Street and South Fairfax Street in Alexandria, VA. This photo is taken looking northwest, and a modern-day photo of the same location (701 S. Fairfax Street) is included below.

How many present-day buildings can you spot? I can see the Orange & Alexandria Roundhouse on Duke Street & S. Henry Street and the Vowell-Smith house at 510 Wolfe, Did you notice the flagpole on top of the hospital?

I can't decipher every word on the back of the photo, and I'd love your help transcribing it. Just leave a transcription in the comments section, please. If someone else has already provided a transcription, please double check that you agree with it.

I can see the names of Abram Lewis Tubbs (some history for him here and here) and George Gatfield. Can you imagine if this happens to be the only photo of one of your relatives? I find it all so incredibly energizing.

I hope you enjoy!

"Built in 1863, Battery Rodgers was constructed with the ability to interdict sea traffic sailing up the Potomac River to Washington. From its position on a 28-foot high cliff overlooking Battery Cove, it was positioned with a clear view of fire and was ably suited to guarding the southern Potomac River and Accotink Road (Fort Hunt Rd.) approaches to Washington. The battery was named for George W. Rodgers, a captain in the Union Navy who was killed during an attack on Fort Wagner.[1]

It was 185 feet long with sides of 60 and 80 feet.[2] During the war, the battery mounted one 6.4 inch (100 pounder) Parrott rifle and one 15-inch Rodman gun, one of the largest guns in the world at that time. The guns were supplied by two adjacent powder magazines, and the battery complex included a hospital, barracks, mess hall, and prison. It was garrisoned by 6 commissioned officers, 1 ordnance sergeant, and 256 men. Following the conclusion of the war, the Battery was disbanded and its guns were removed to other locations in Washington. The land on which the battery rested was sold soon afterward, due in no small part to its location in the center of Alexandria, Virginia.

Today, no portion of the battery still stands, but it is memorialized by a small marker in Alexandria, at the intersection of South Lee Street and Green Street and the corner of Jones Point Park. The Rodman gun used at the battery was moved across the Potomac to Fort Foote, and can still be seen there today." 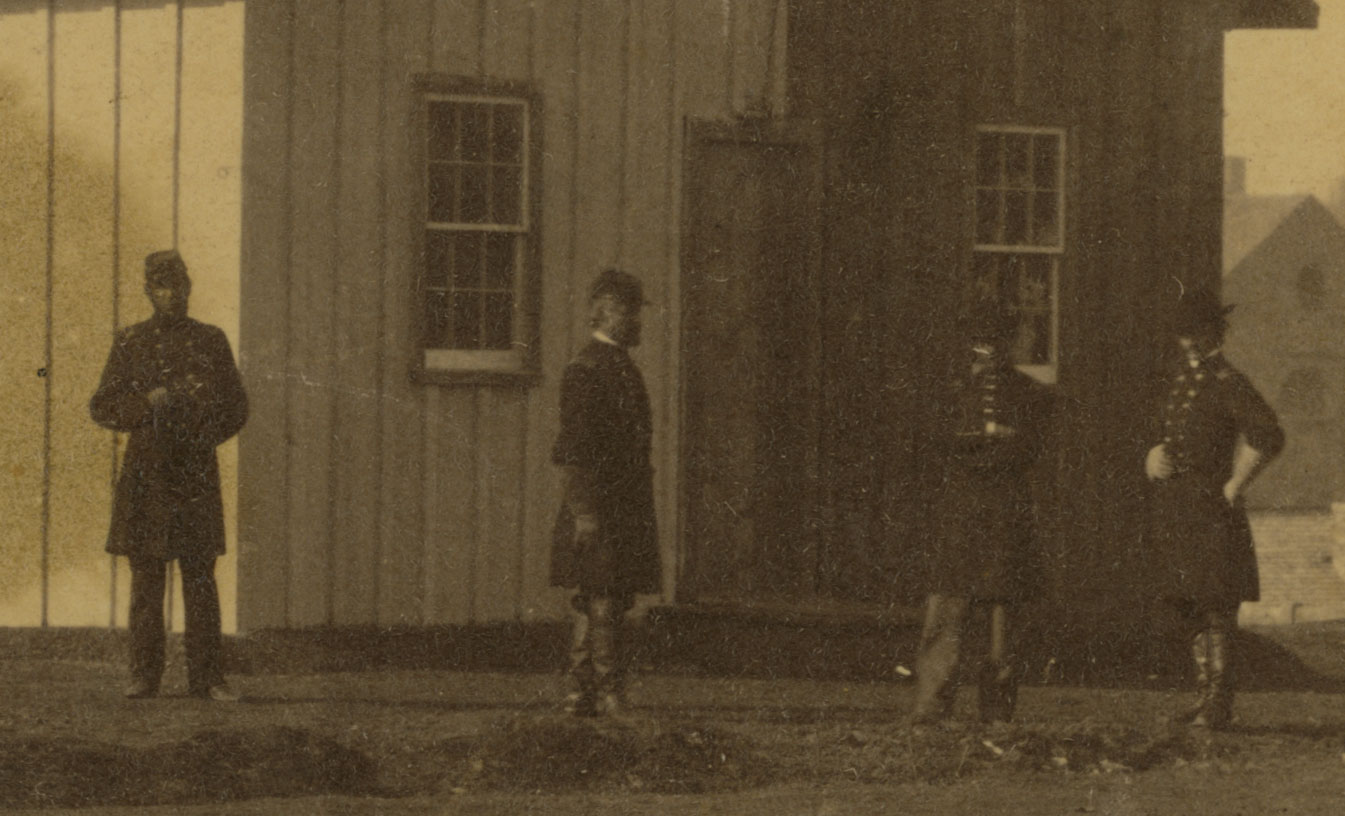 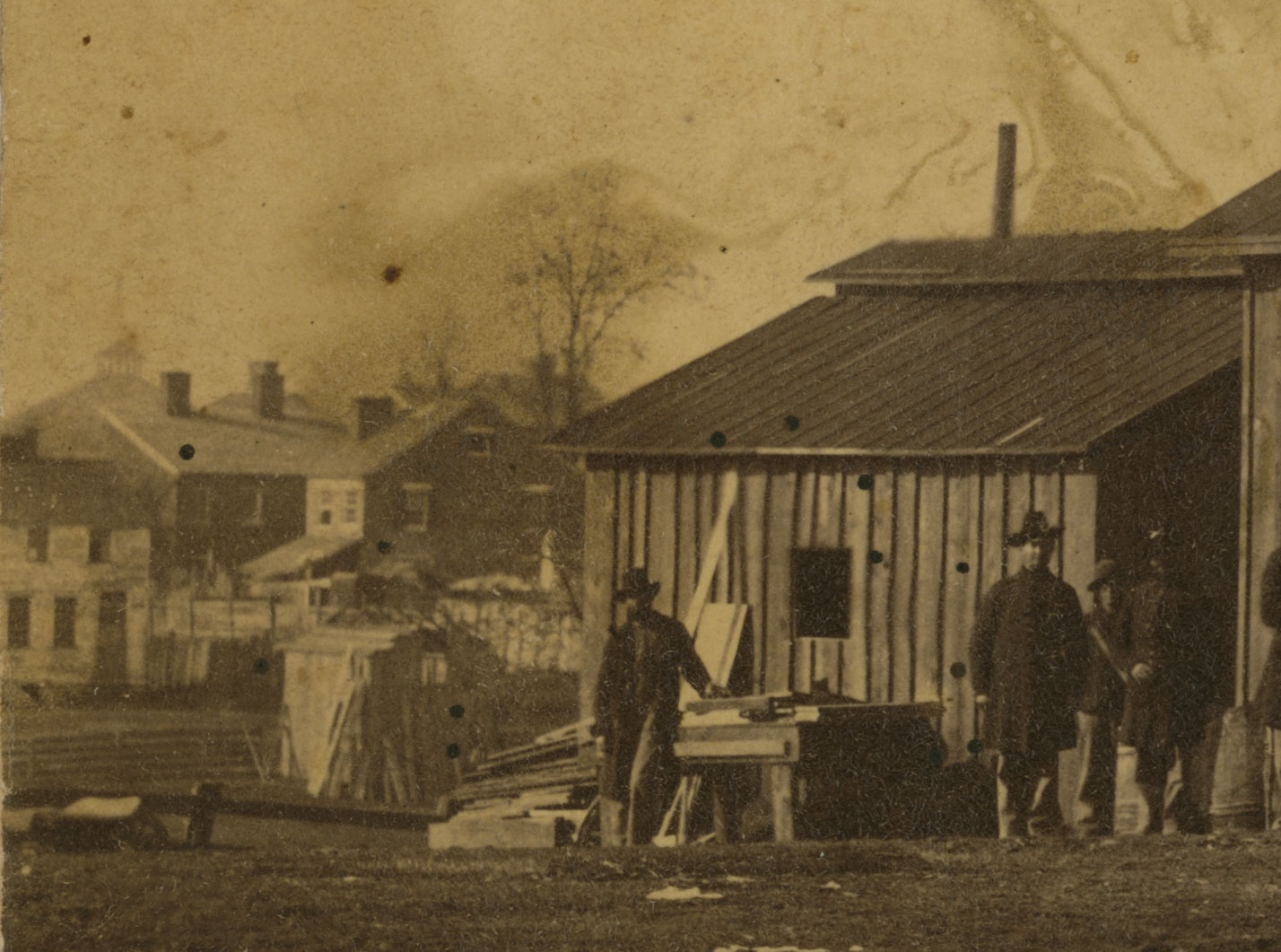 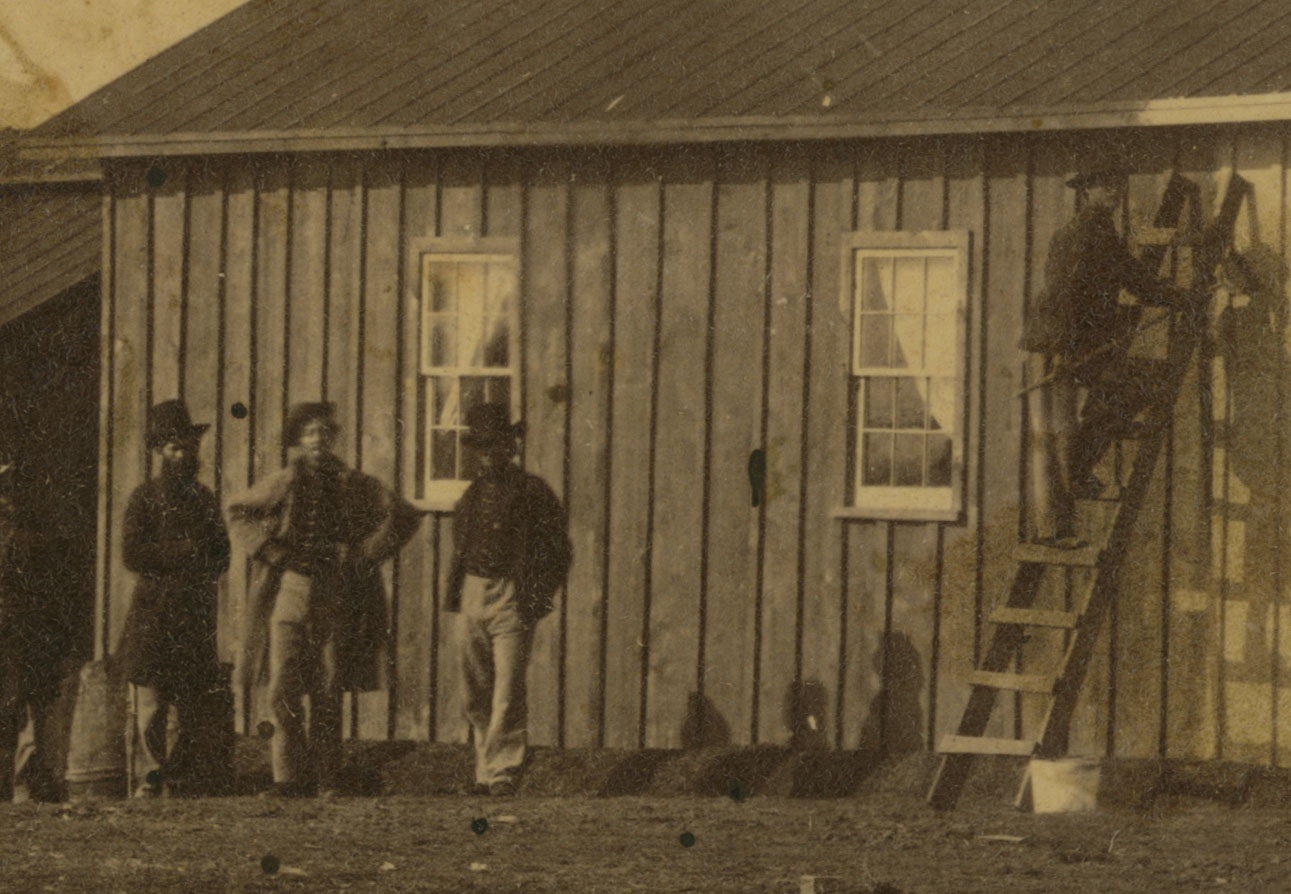 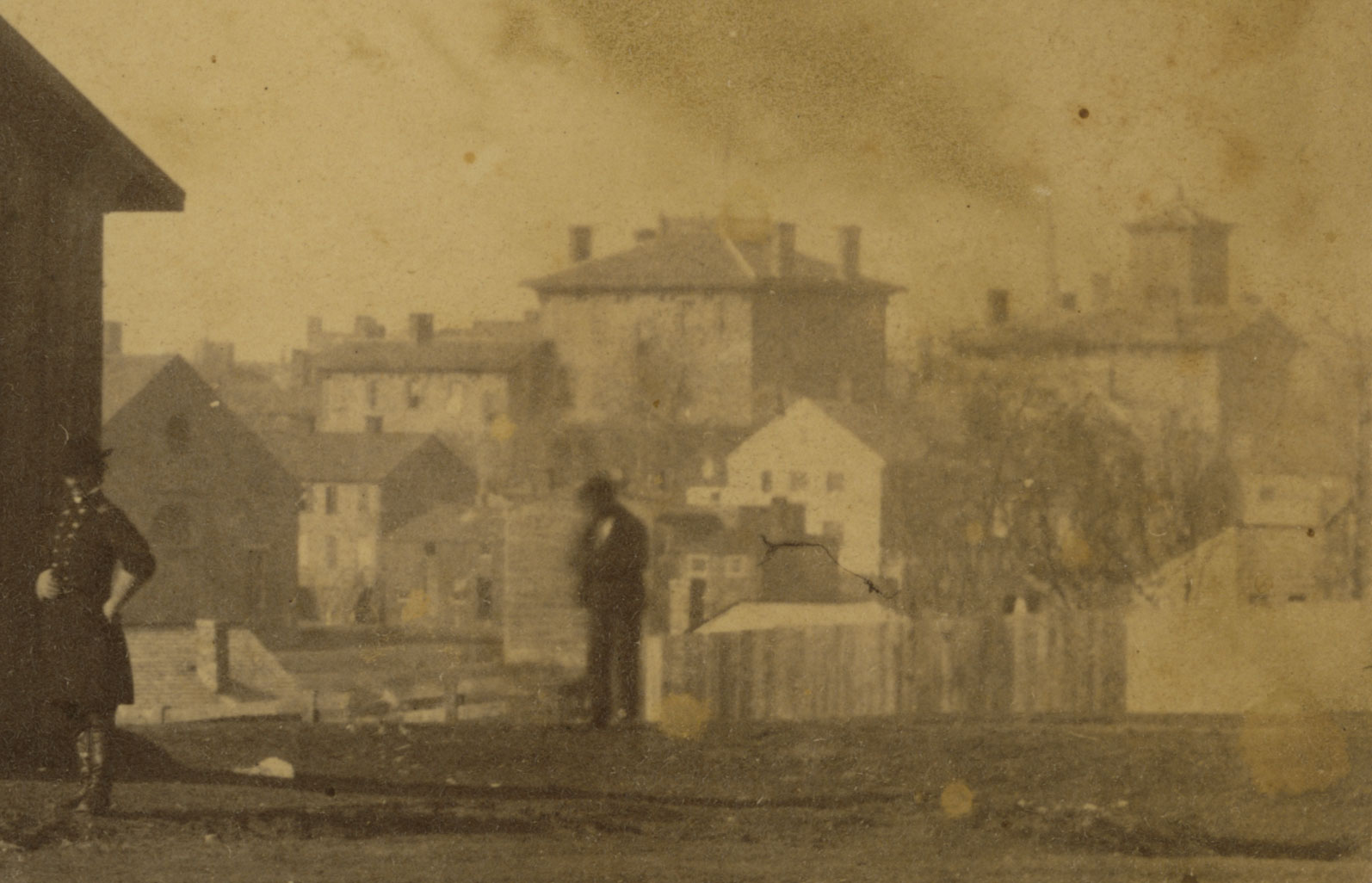 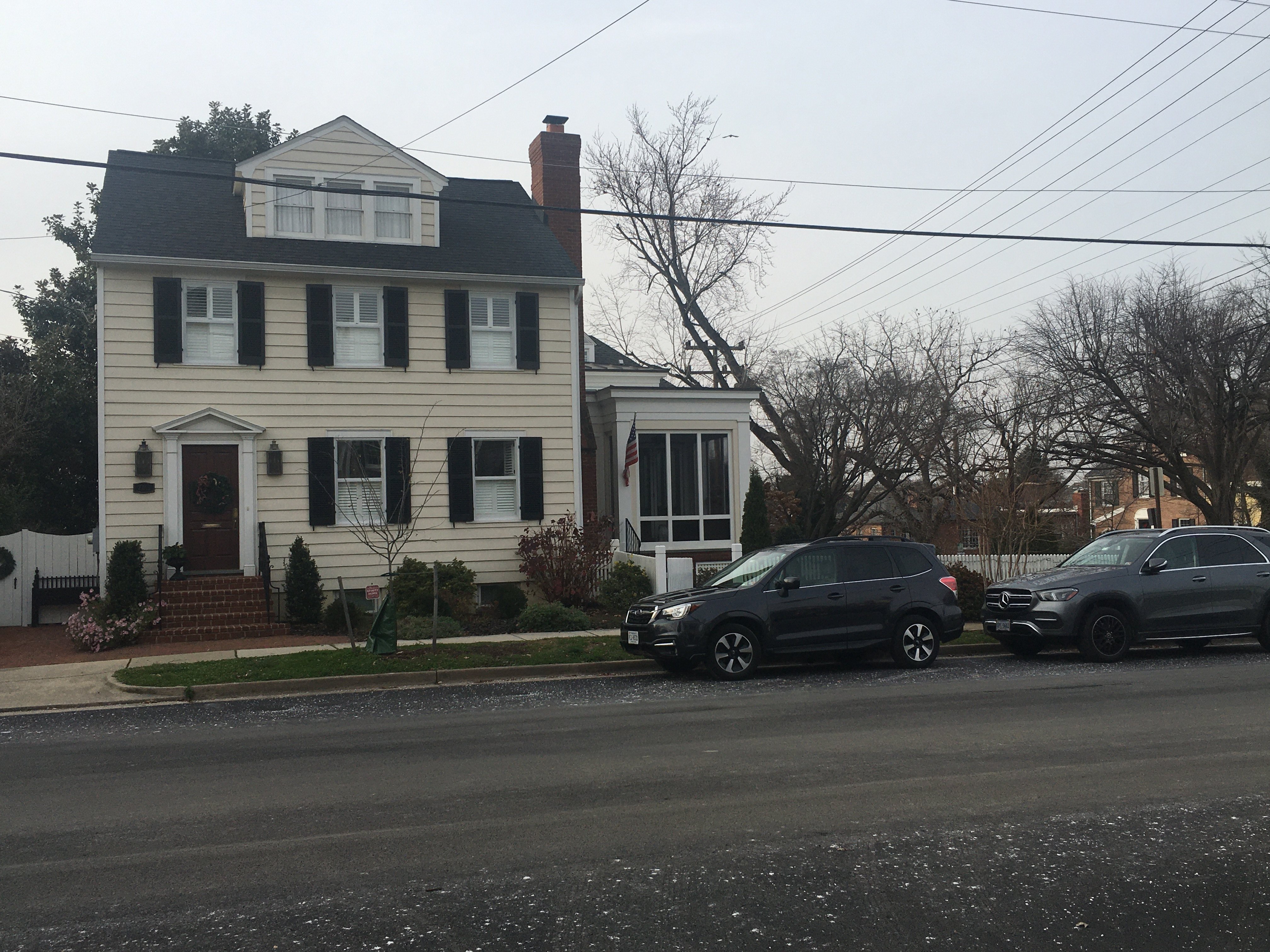 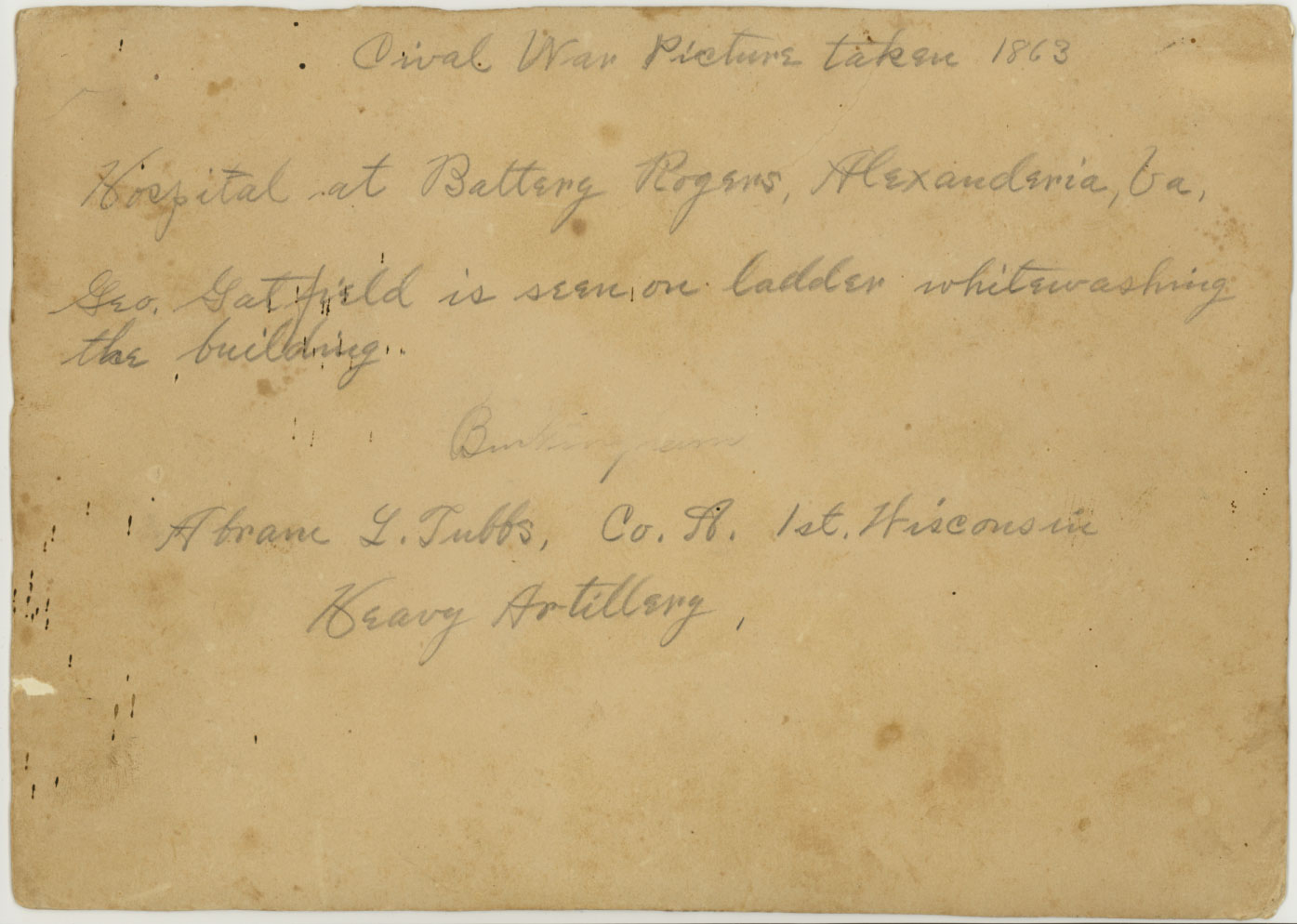