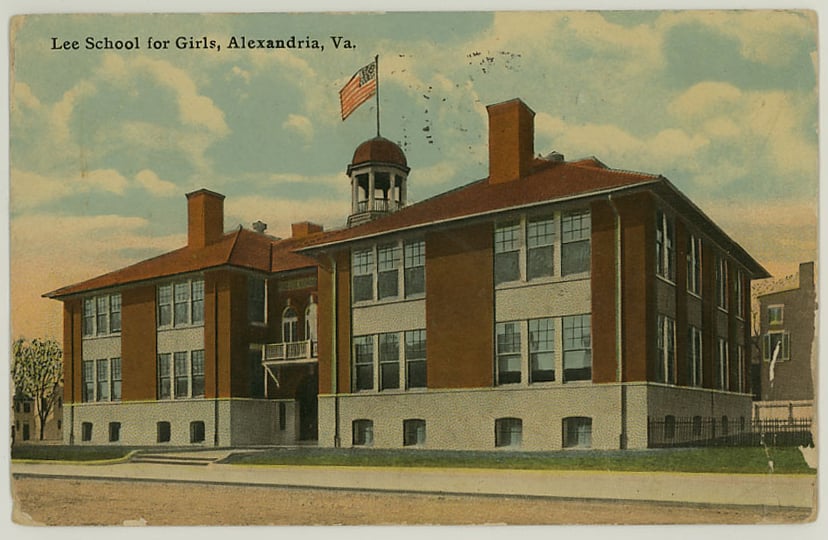 The Lee School for (White) Girls and Segregation in Alexandria, VA

The building above is the Lee School for girls in Alexandria, Virginia, but it is not the first Lee School. OurHistoryMuseum just happens to have this postcard in its collection. The building pictured was built about 1908, but there are mentions of a Lee School going back to 1872.

For five or ten years (ending in 1908), the Lee School for girls was located at 901 King Street at the corner of Alfred Street. Prior to that, it was located somewhere on Queen Street, close to Columbus Street. I believe it was also on Alfred Street near Princess Street for at least a few years. History gets even more clouded when you learn that for a time, there were two Lee Schools, one for white girls and the other for African-American girls.

This segregation was and is despicable. Further, I hope the schools were not named after Robert E. Lee, but somehow I suspect that they were.

Before the Civil War, there are repeated references to a free female school in local newspapers. Those clippings plus maps from over the years are summarized below in chronological order.

According to the Alexandria Times:

In the early 20th century, public schools in Alexandria were separated by both race and gender, and by 1908 a new building was needed for white female students. Architect Charles M. Robinson of Richmond was selected to design the new school in the 1000 block of Prince Street near the northwest corner with Patrick Street. Construction of the 16-room structure was estimated to cost $30,000.

The two-story building, seen in this postcard from the 1910s, had a raised basement and two blocks of classrooms topped with low-hipped roofs. These were joined by a center section, which served as a main entrance with a small balcony directly above the front doors. The brick and concrete structure had a tile roof with a cupola above the center entrance. In 1909, a nearly identical school designed by the same architect was built in Richmond. Robinson designed Highland Park and several other Richmond schools in the same Mediterranean Revival style.

Students first used the Lee School for Girls in June 1909 for their commencement with classes beginning there the following fall. The school was later known as the Lee School when it became coeducational. It closed for several years in the 1950s and when it reopened in the fall of 1957, it was called the Prince Street School. By the late 1960s, it was used for vocational and special education classes before being permanently closed by Alexandria City Public Schools in the mid 1970s.

The City of Alexandria later sold the building and throughout most of the 1980s it was home to the National Conservative Foundation before Virginia Tech acquired it in 1989. Today, it is the Washington-Alexandria Architecture Center for Virginia Techs College of Architecture and Urban Studies.

Here is the building that housed the Lee School for girls from the late 1800s or the early 1900s. This building was, until 1902, known as the Peabody Building and housed the administrative offices of the Alexandria School System.

The building on the corner has been demolished, but the connected building deeper into N. Alfred St. remains. There was a schoolyard behind both buildings that helped fuel an 1875 bribery scandal.

Here's how the corner looks today: 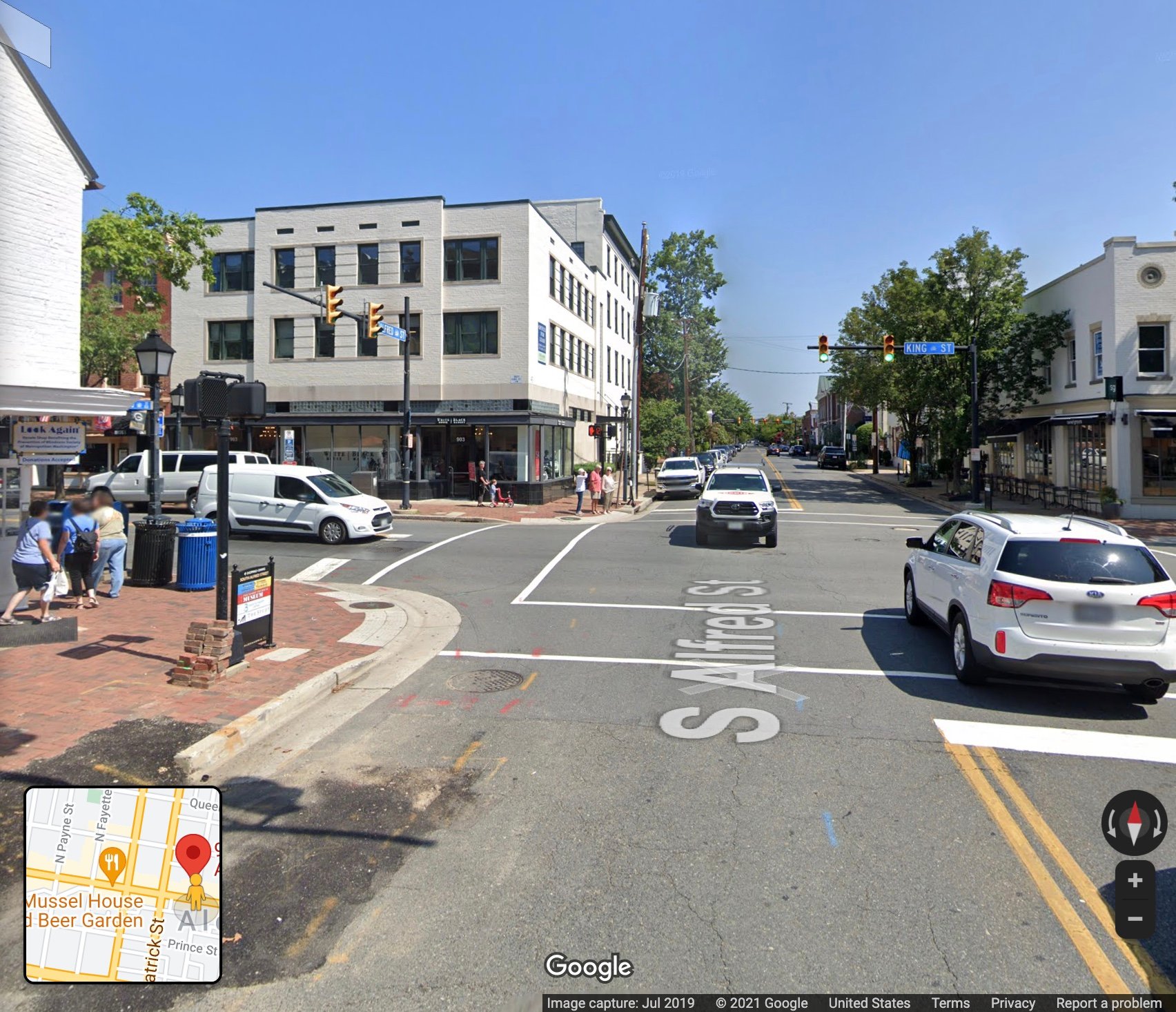 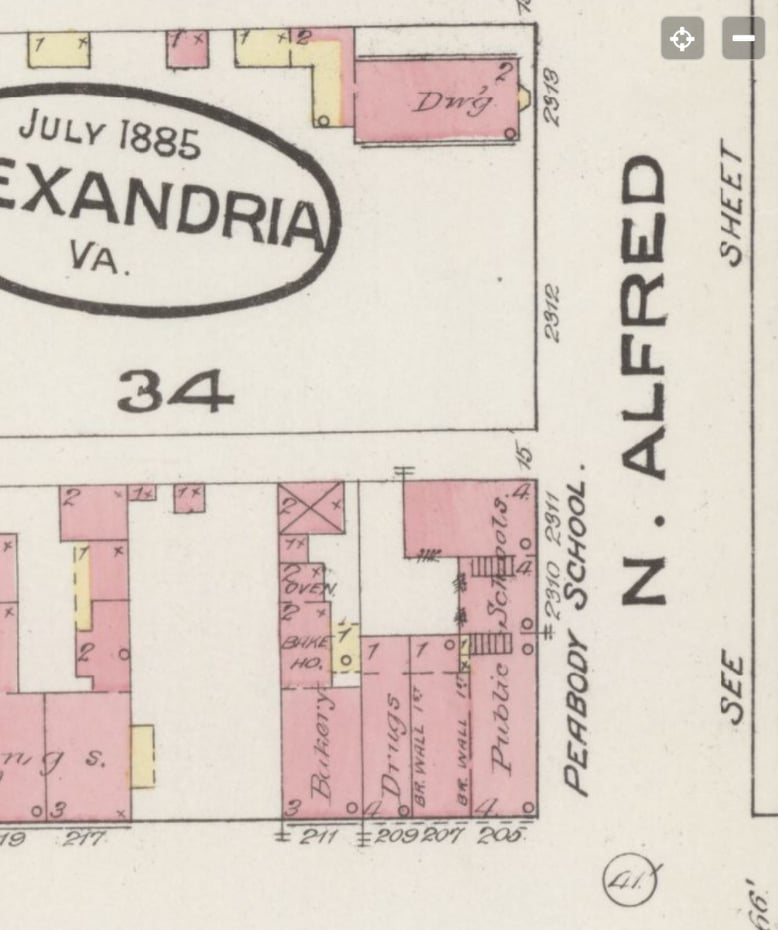 1896: Here's an image that appears to show the second Lee School for African American girls. That's on Alfred Street between Princess Street and Oronoco Street. By 1902, it would be renamed the Hallowell School. 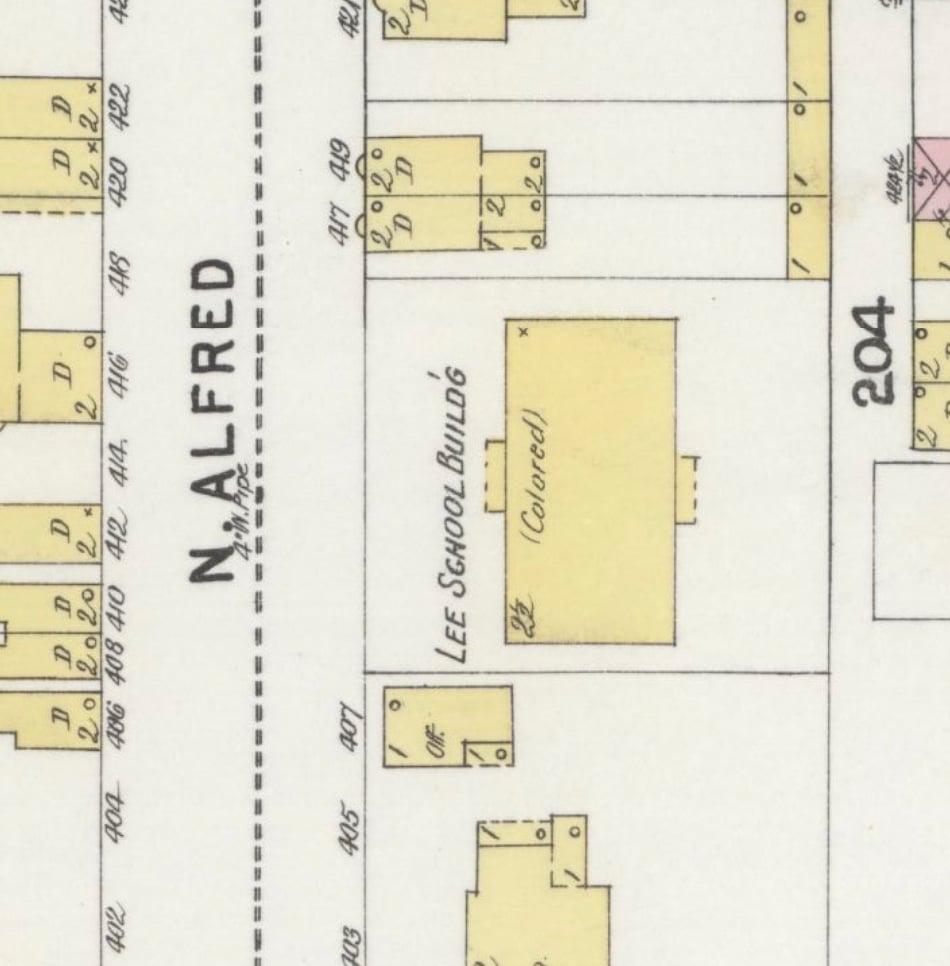 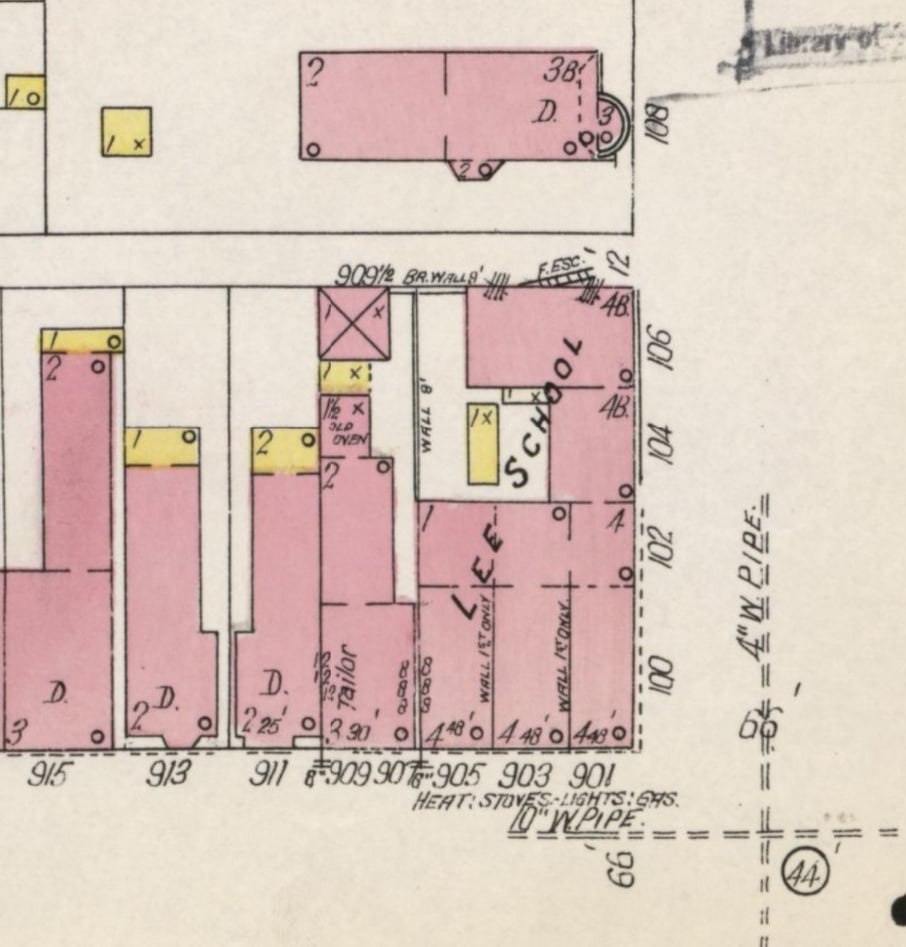 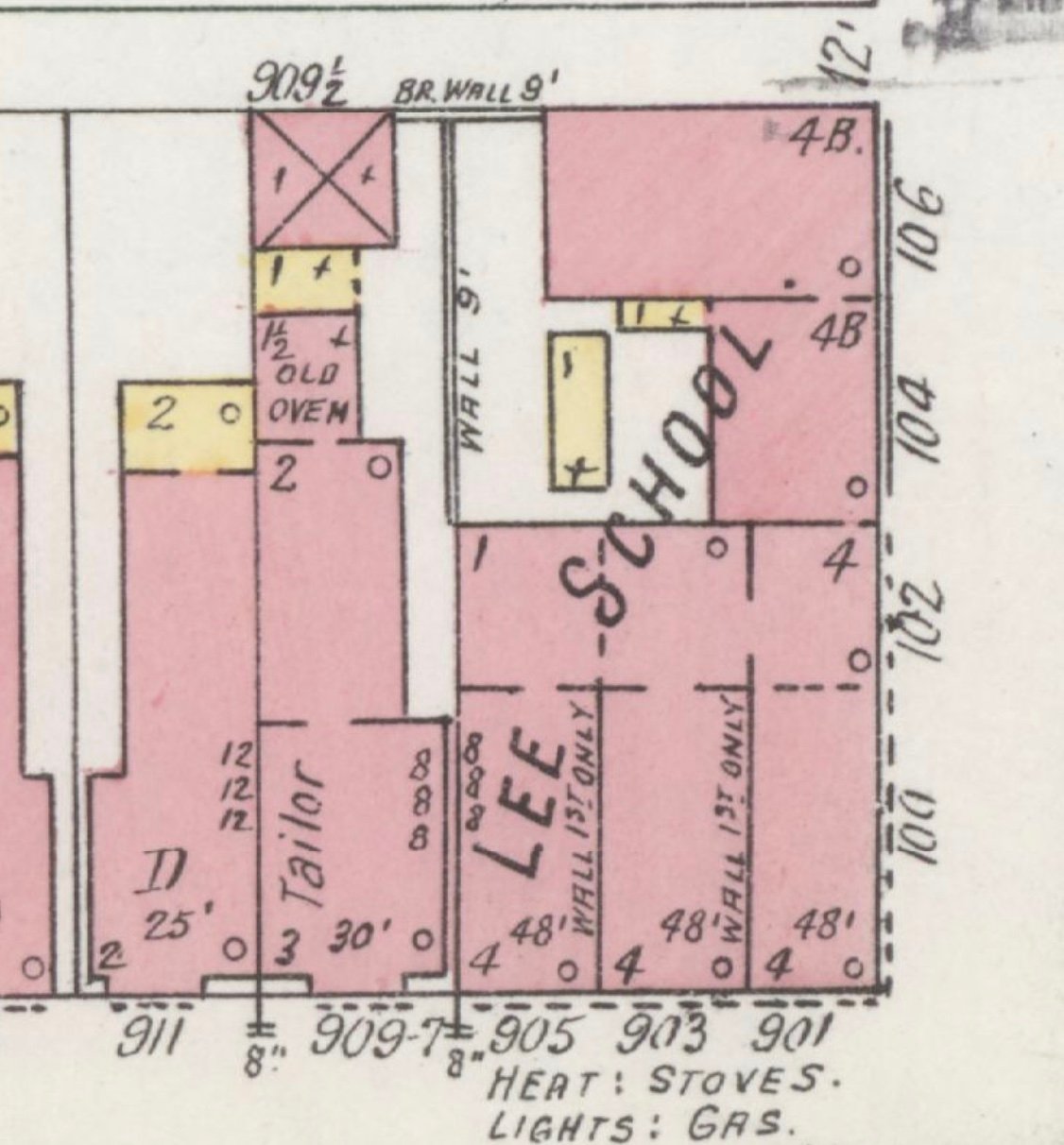 1911:  By this time, the school building had been replaced by retail and offices. 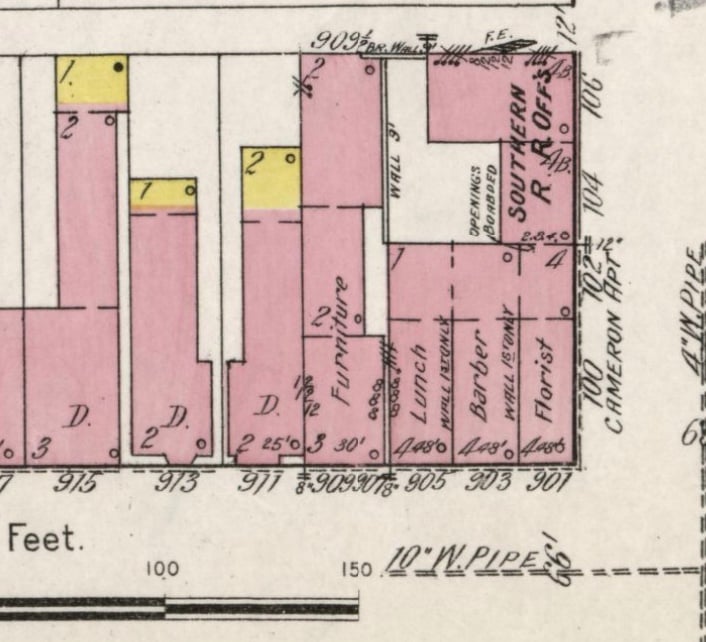 Here are some various newspaper clippings that effectively tell the story of the education of girls in Alexandria:

1858: I like this newspaper account because it is a historical overview of the preceding 75 years. I note the references to Martha Washington's will that I've read and can find no educational bequest to non-family. However, the Alexandria Academy is real, and here is an article I wrote about a student receiving a perfect lessons medal at the Alexandria Academy. 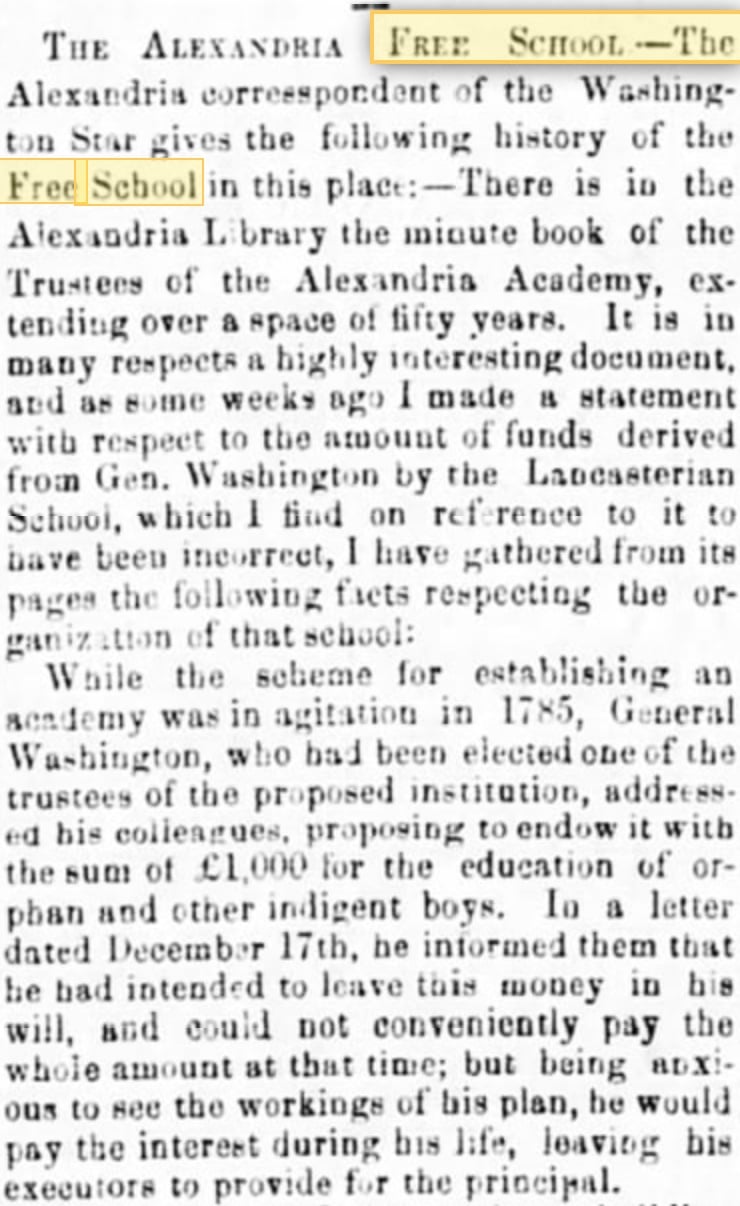 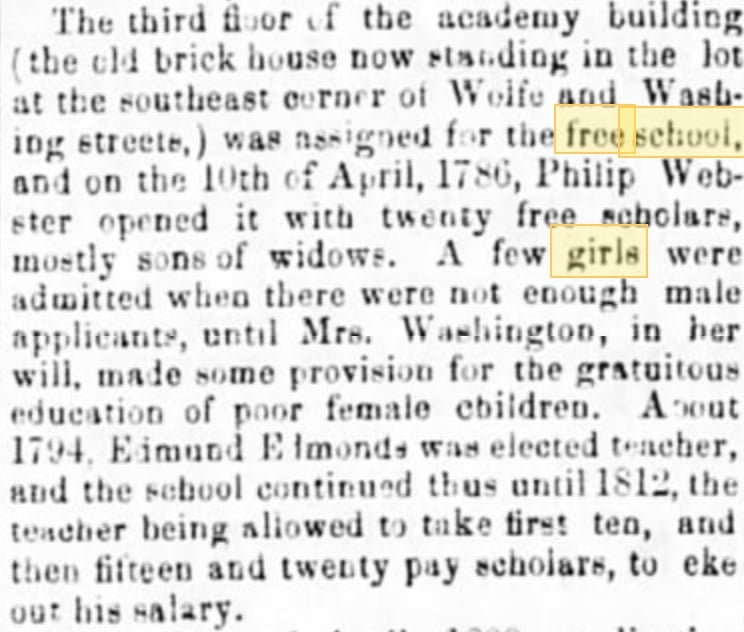 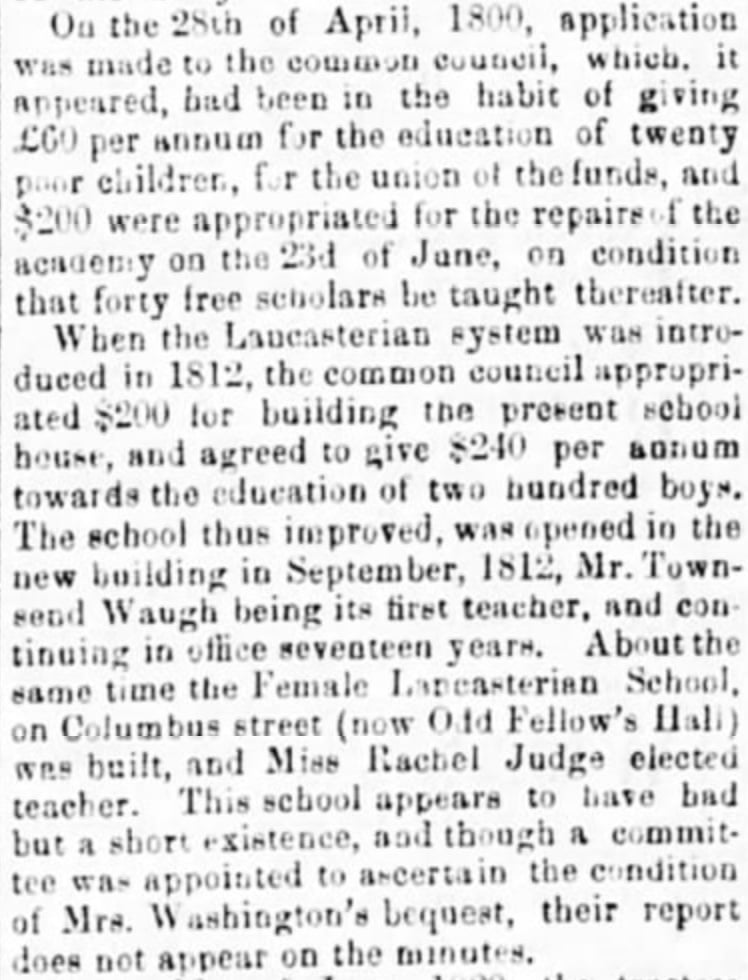 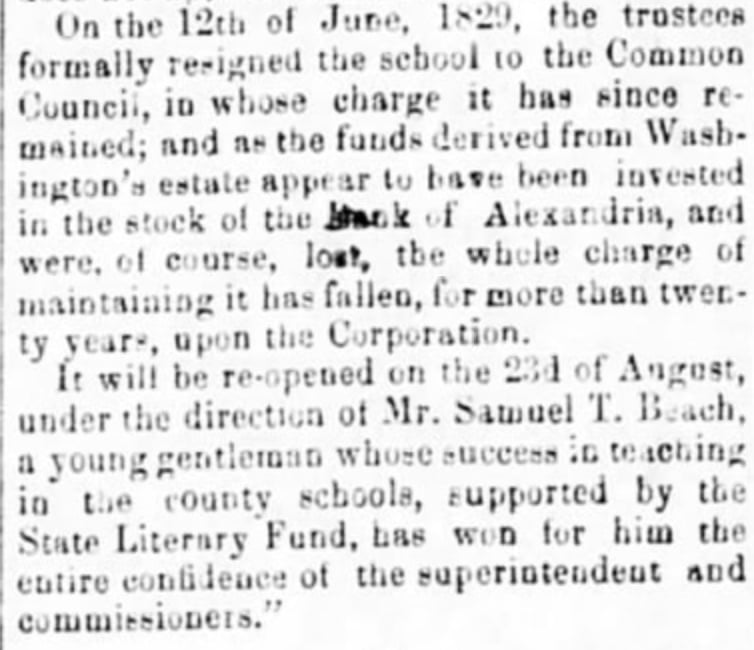 1866: In the year after the Civil War ended, I think this is a fascinating appeal to generosity. 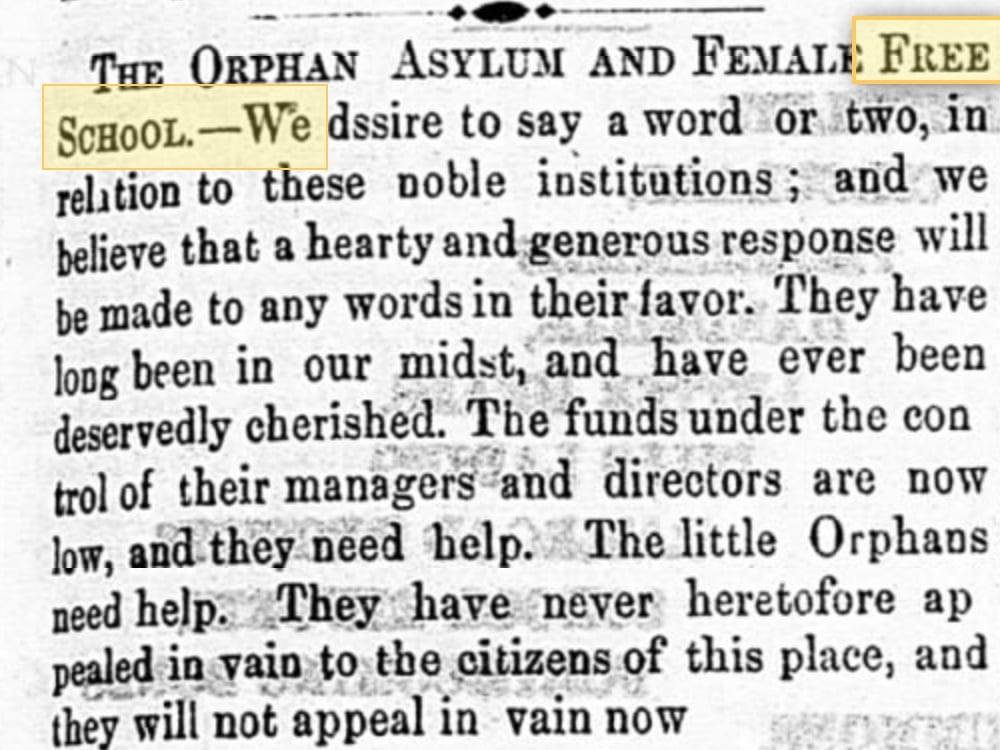 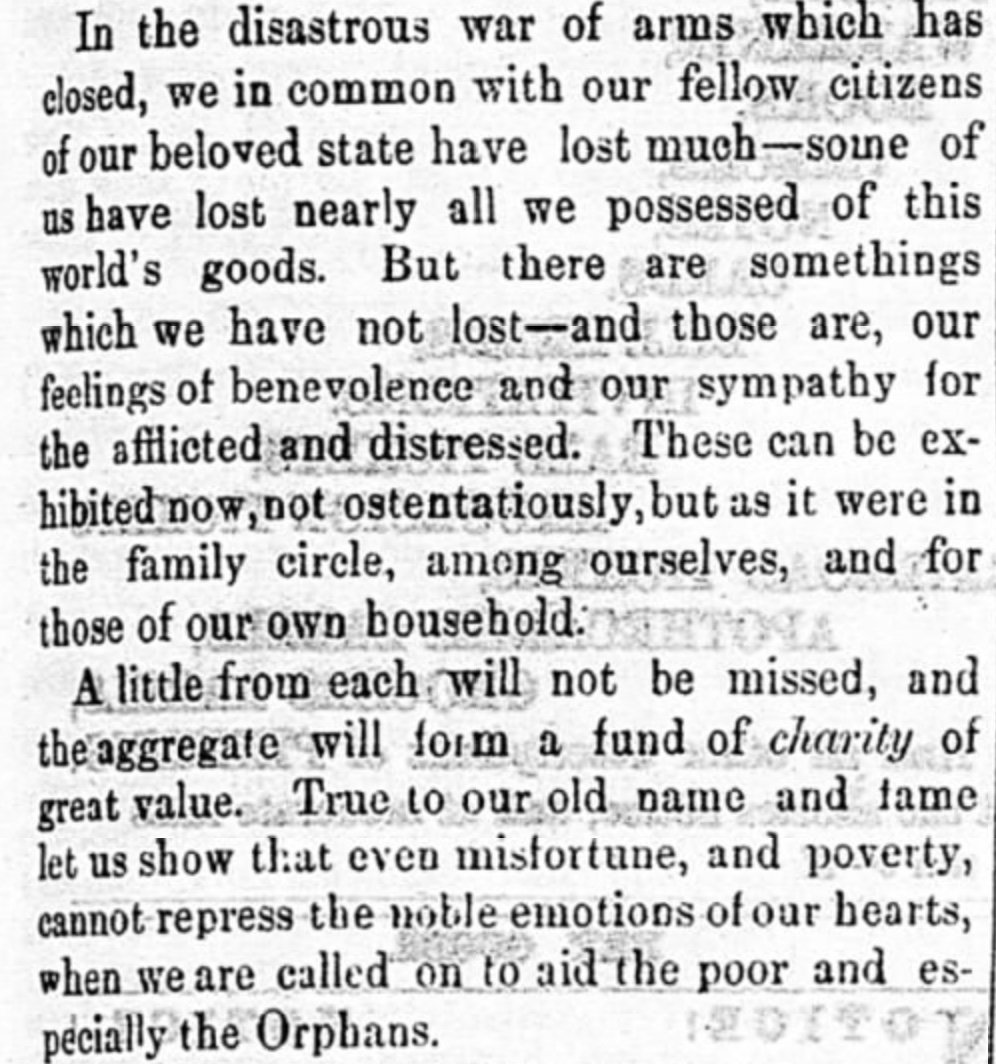 1872: Here is a list of the public schools and their locations. 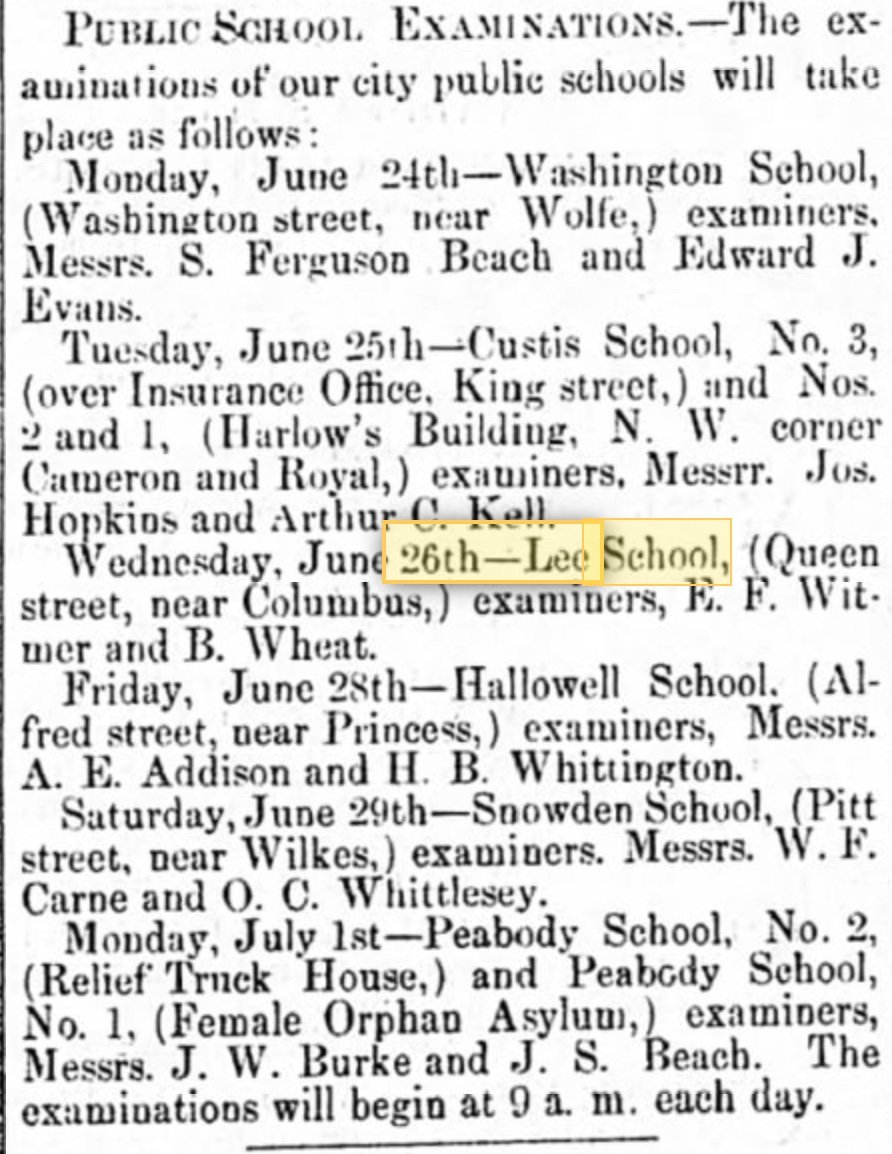 1874: 901 King is built. The unapologetic racism is painful to read and see in print. Less than ten years before, Alexandria had sowed the early seeds for civil rights when African-American soldiers were reinterred at the national cemetery on demand of their former comrades. The urgent post-Civil War fight for equality would be short-lived. 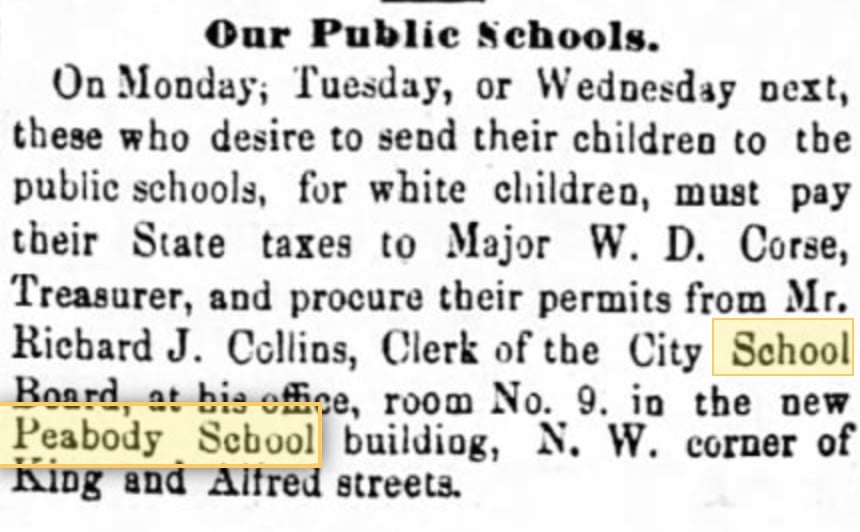 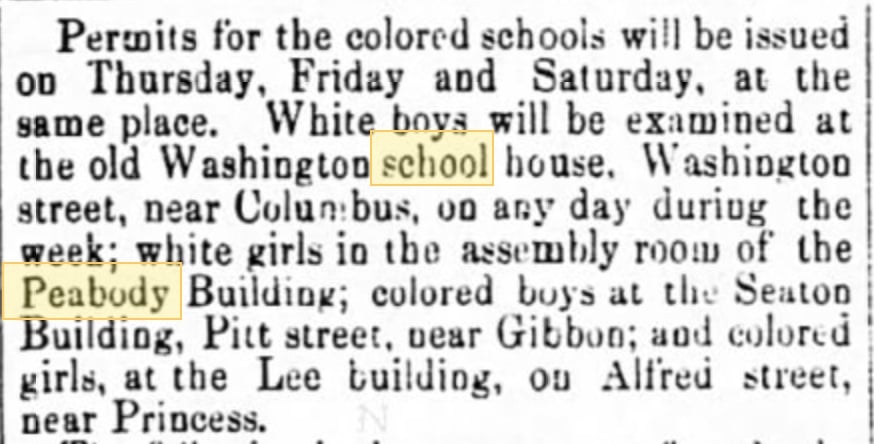 1884: The school appears to have moved from Queen Street to Alfred Street. 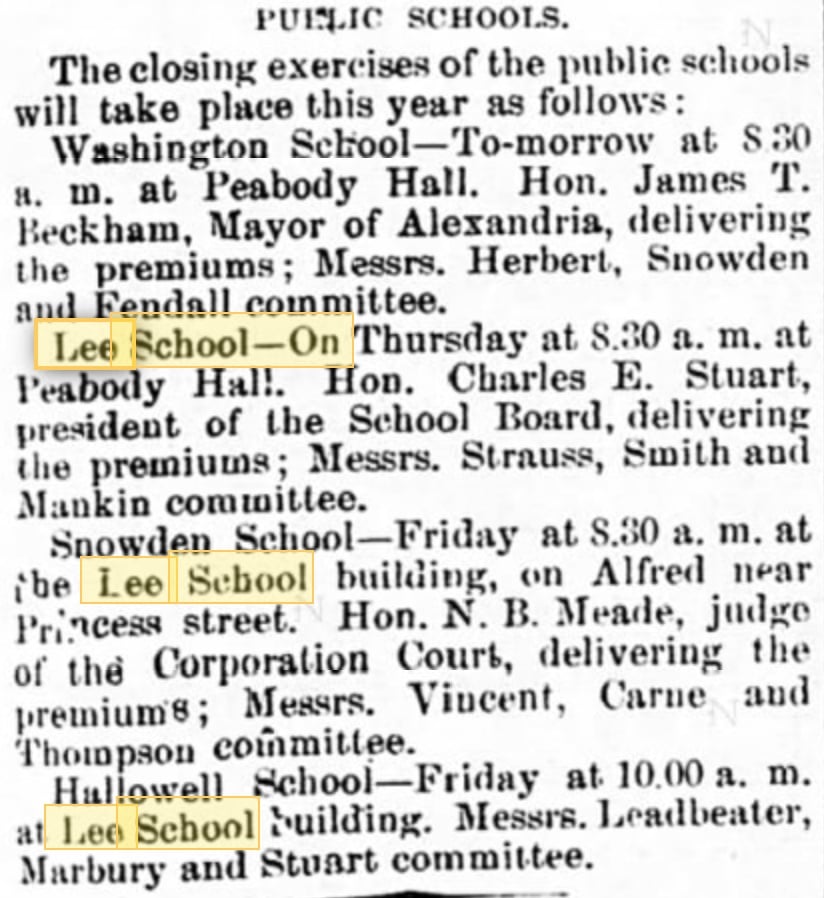 1888: 23 years after the Civil War was fought, the lines of segregation are apparent in Alexandria. 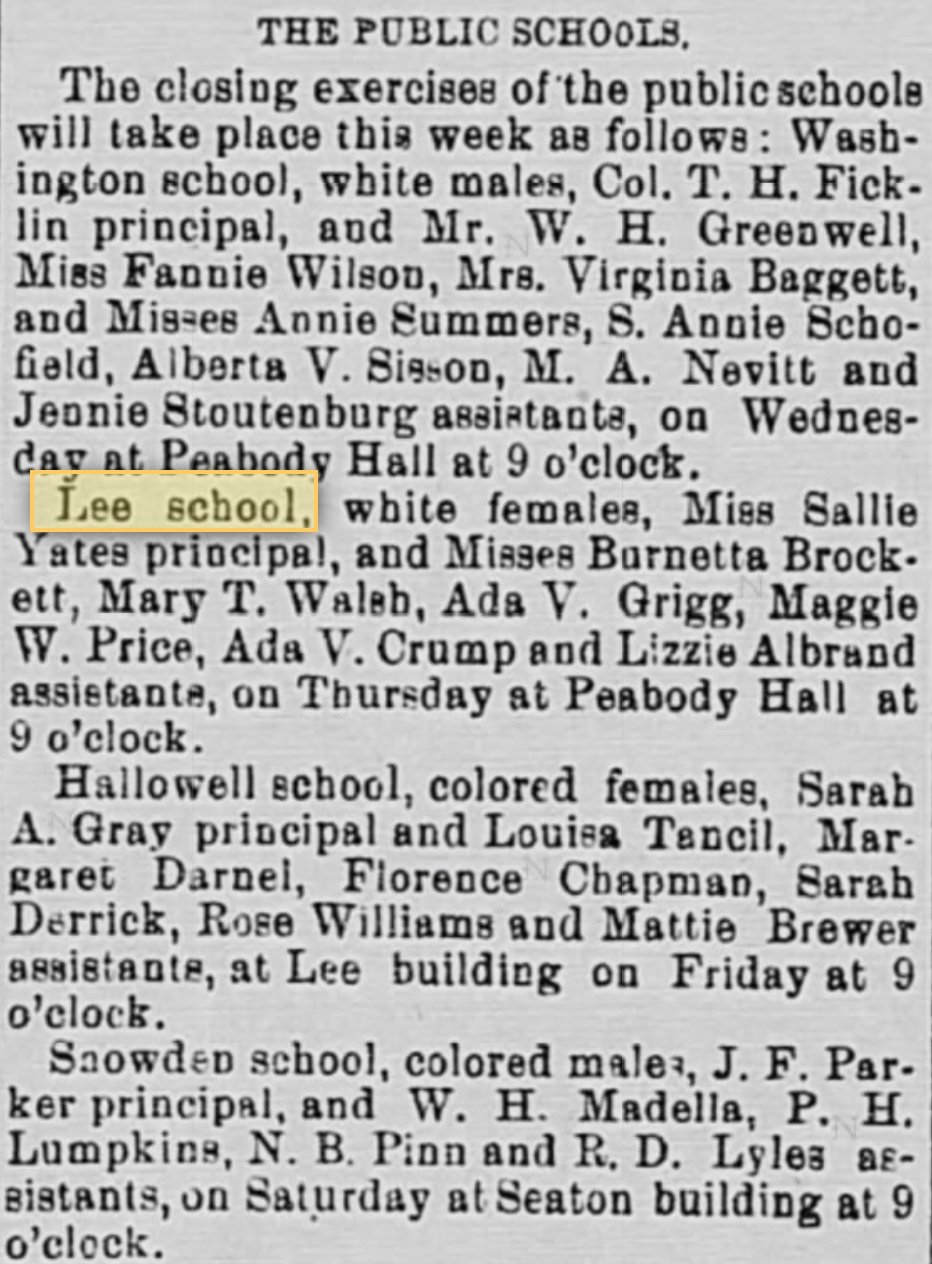 1892: I'm not sure where the school is this year. The building that would come to be known as the Lee school in 1902 was still labeled the Peabody school in 1896. There is an alley behind it, but that's hardly conclusive. 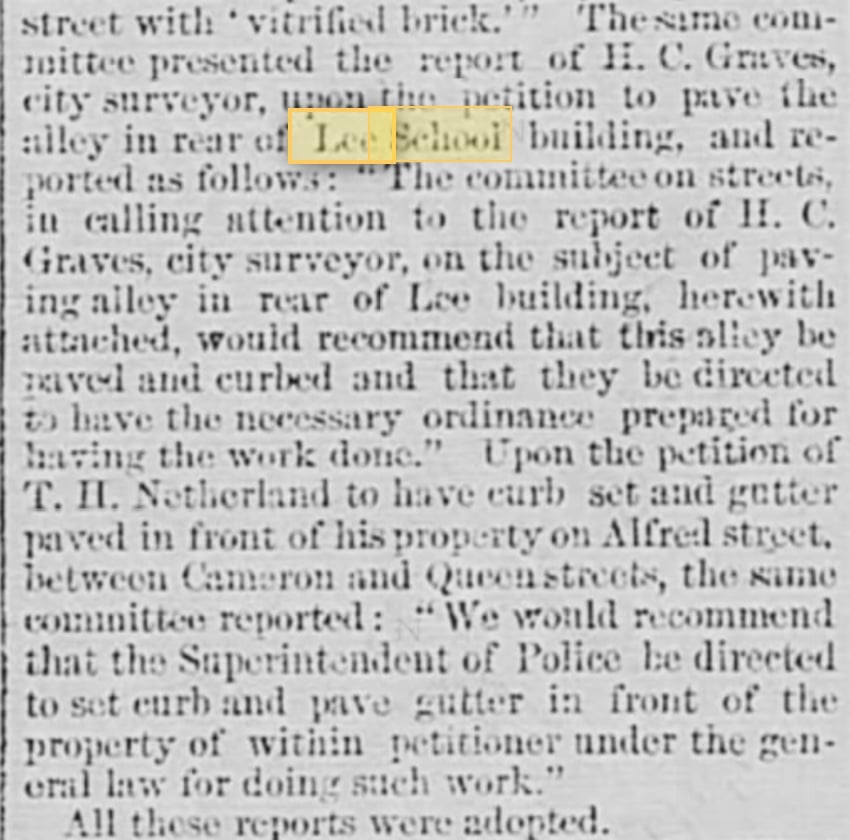 1921: The girls moved into the Lee School building that appears on the postcard in 1909. 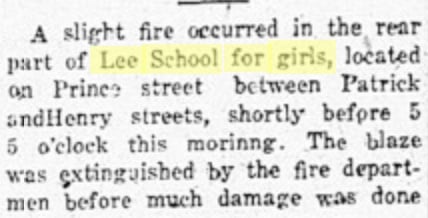 Finally, the front and back of the original 1912 postcard that started me down this eye-opening rabbit hole. 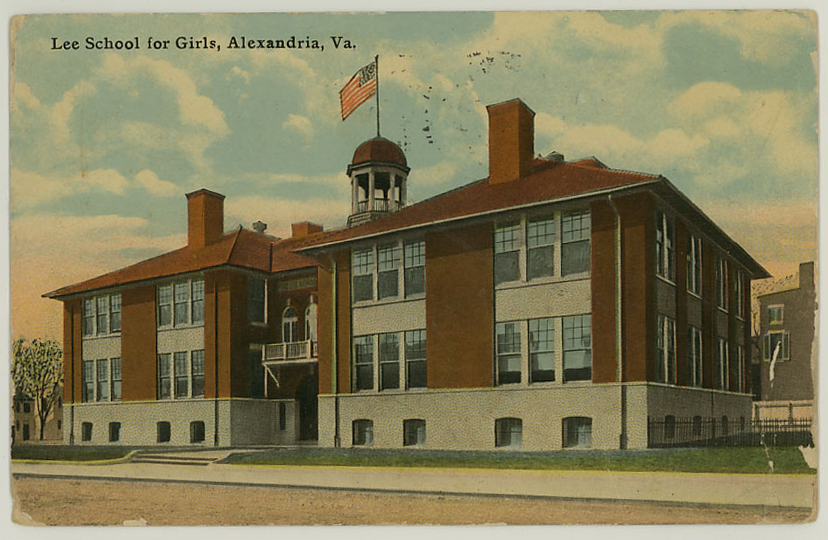 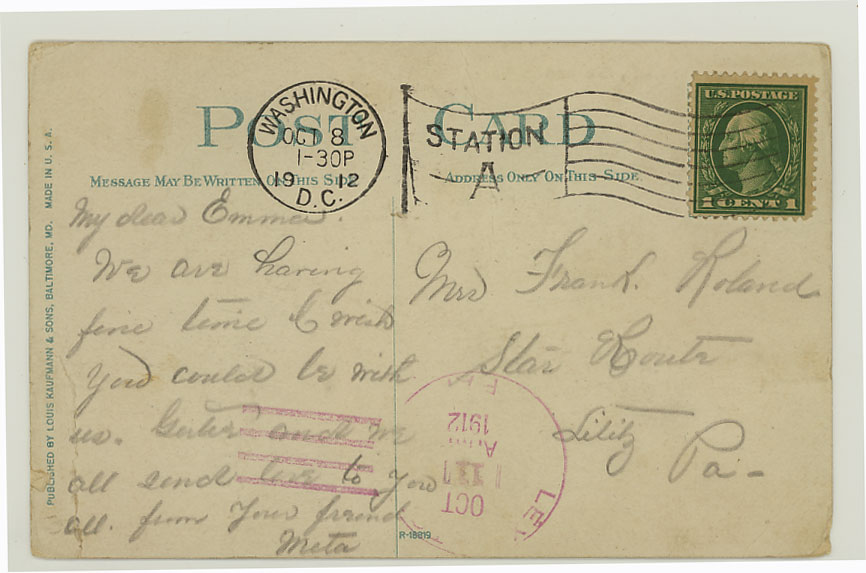 Here is the rear view of the building today. There are too many trees in front to get a good look at it. Since publishing the article, I've learned that it went coed sometime between 1925 & 1941. It was later renamed Prince Street School. 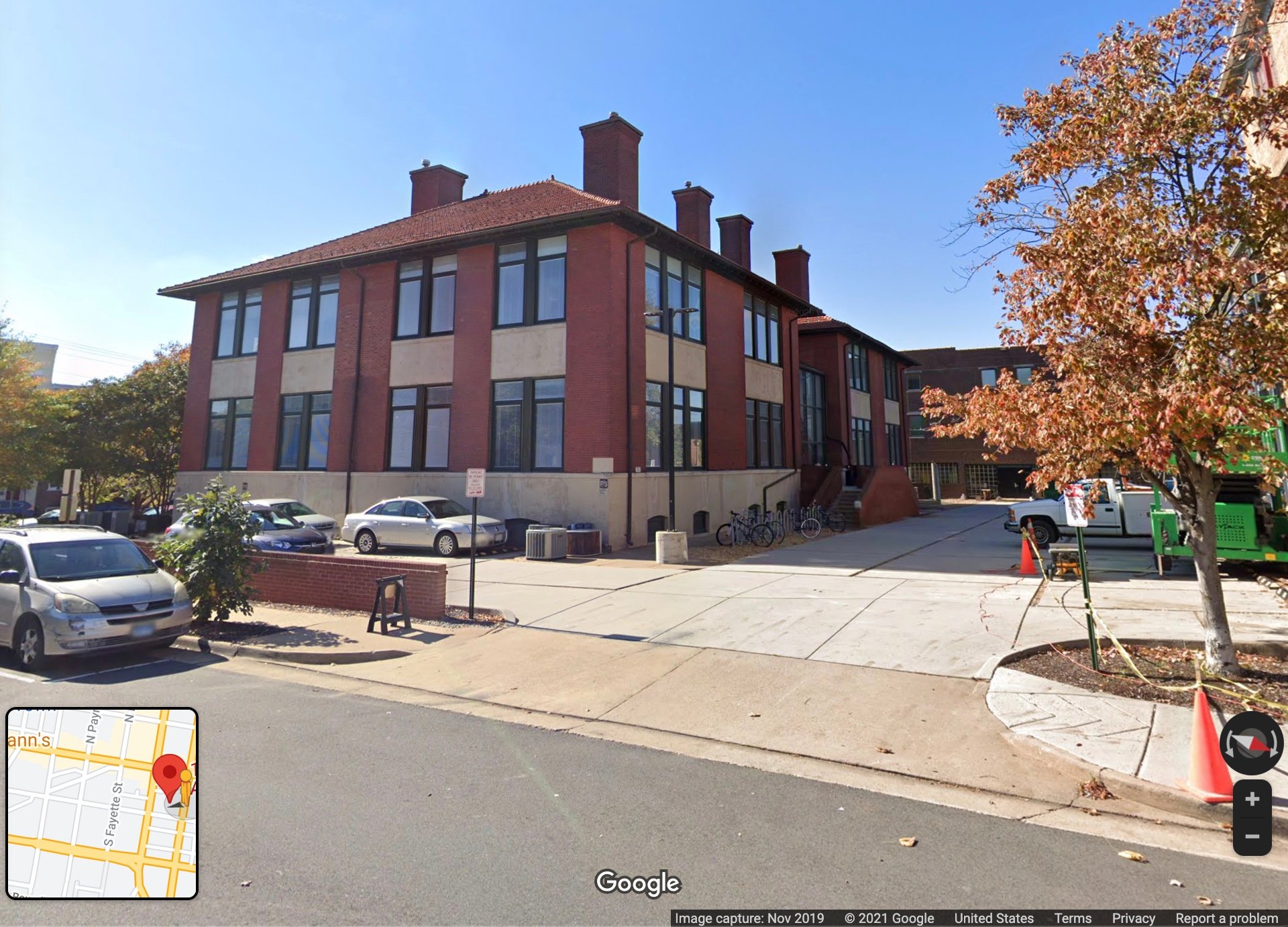