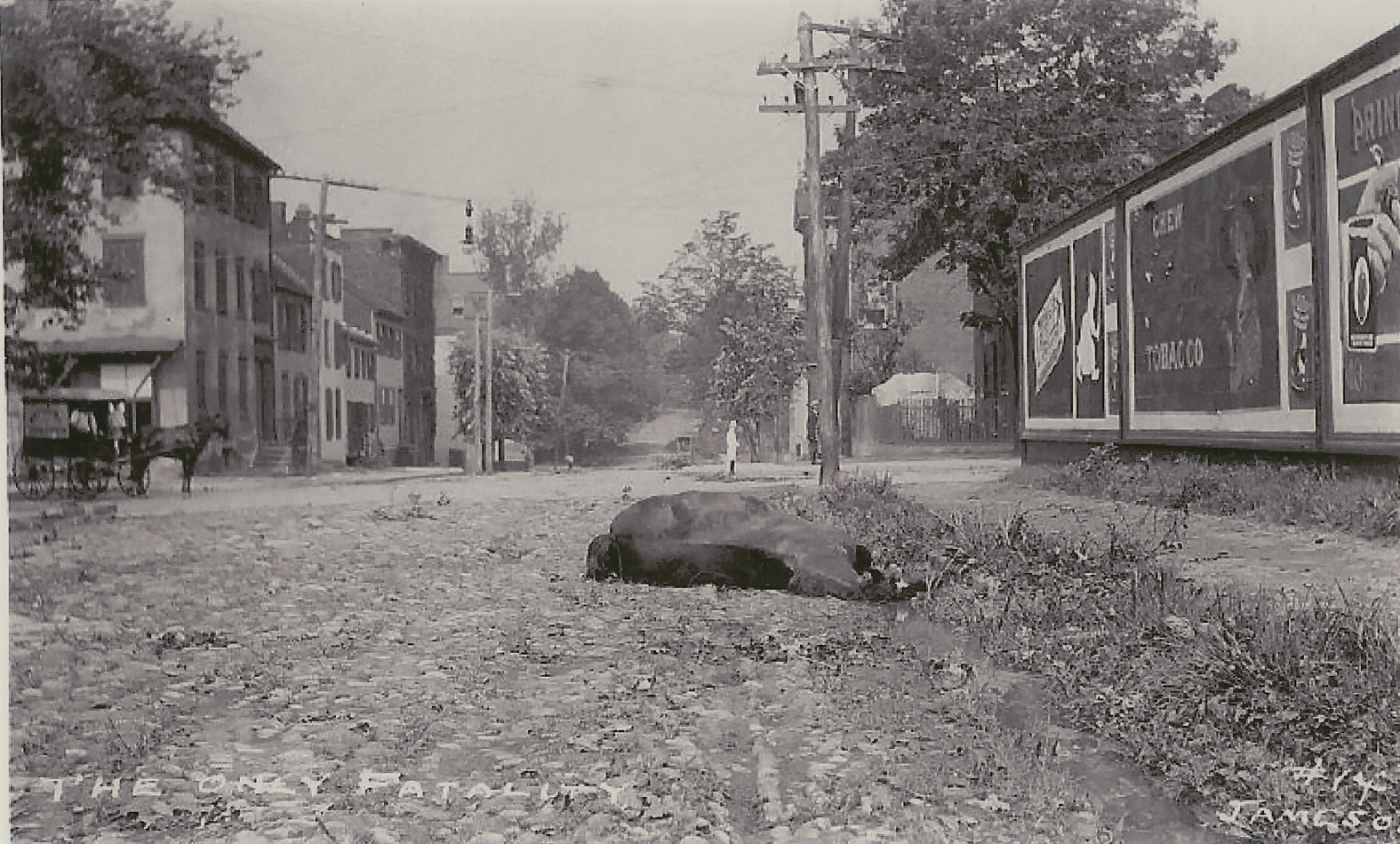 ANSWERED: Where This Dead Horse is Lying in Alexandria, VA?

The caption written on the photo reads, "the only fatality." I believe that it is intended to be sarcastic to point out that no humans were killed as part of a storm. I know that I have seen this photo before, and as I recall, it followed either a tornado or a hurricane.

Now, audience participation time, who can tell me where this horse is in Alexandria, Virginia? Leave your answer in the comments, please, or contact me privately. I'll update this blog post once the answer is given.

Thank you to Richard Wright, my friend, for coming up with an answer so quickly! Single-handedly, he proves crowdsourcing works. Quoting Richard:

The Murphy House was owned by Julia Johns' father, John Johns, Bishop of the Episcopal Church of Virginia. 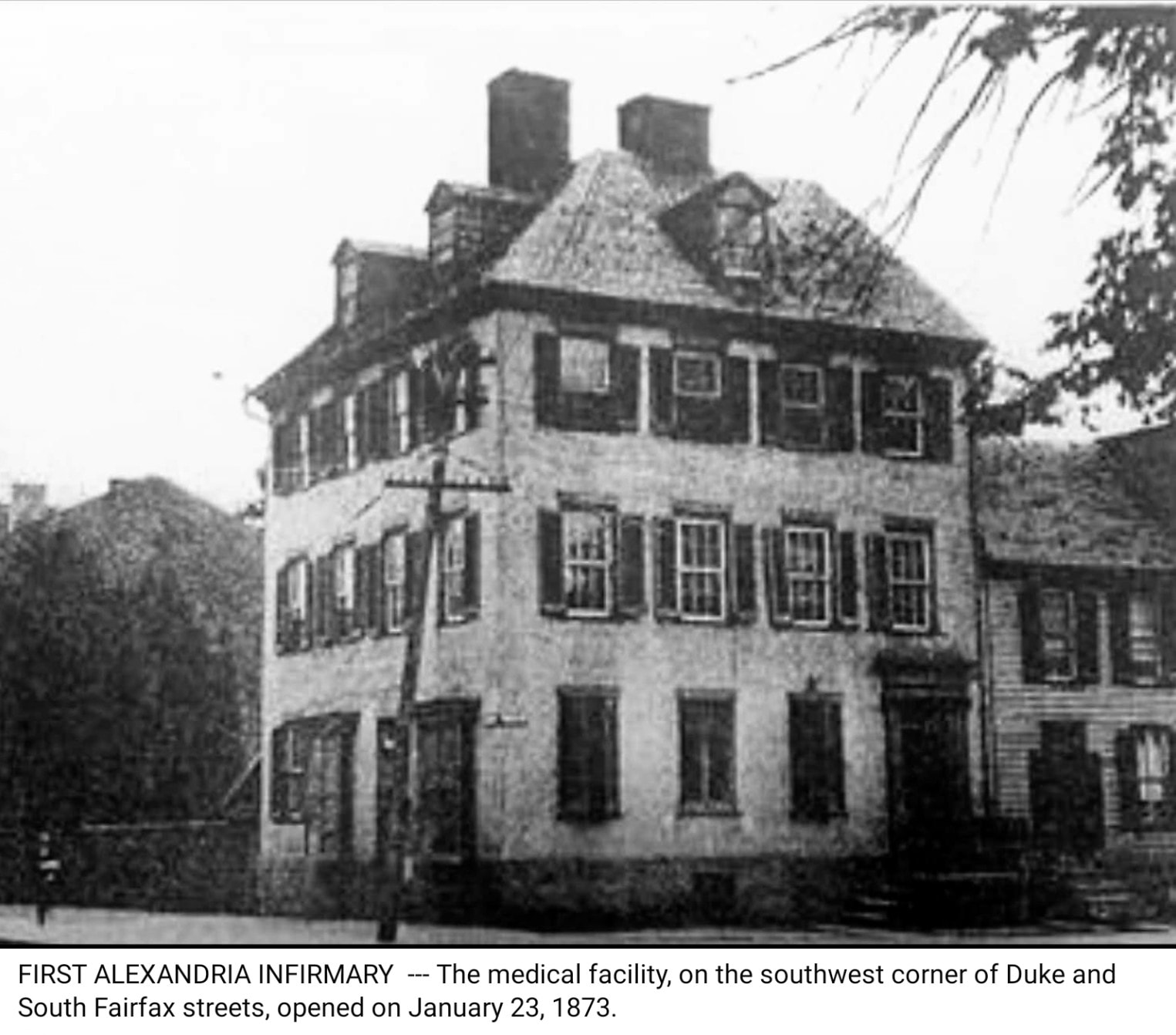 The horse is lying where that blue van is parked. It is hard to imagine that scene now, and the billboards on Duke Street!