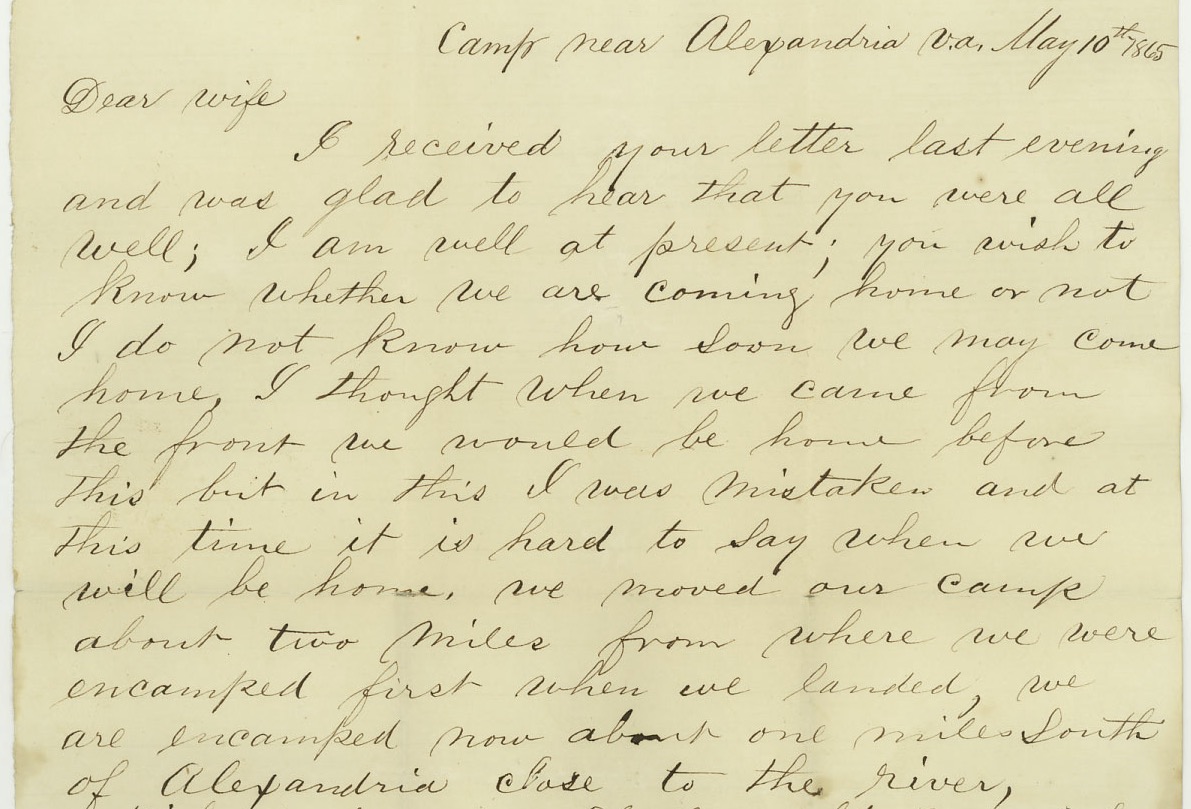 Our readers enjoy a good mystery. We have solved several together in articles like:

• Did a New York Bartender Survive The Civil War and Then Desert?
• Help Decipher a 1790 Letter Between Philadelphia & Alex., VA Merchants
• Dating a Mount Vernon Postcard Booklet is a Delightful Mystery Journey
• Putting a Date on a Handful of Mount Vernon Artifacts
• Where This Dead Horse is Lying in Alexandria, VA?

Using clues from various online resources and some good old-fashioned detective work, we have been able to solve a host of puzzles using the power of many people (crowdsourcing). Every time I publish an article, it is seen by at least 10,000 people. If we also count the many Facebook posts and Instagram posts, previews of each piece are seen by over 100,000 people. That's a lot of expertise and intelligent thinking! As they say, none of us is as smart as all of us.

The most recent query is below. OurHistoryMuseum has a Civil War-era letter signed by GW Aughenbaugh written to his wife. The complete transcription of the letter is below, as is a scan of the letter. It is noteworthy that the letter is dated on what some refer to as the last day of the Civil War.

Here are the clues from the letter:

The National Park Service lists many Aughenbaughs who served, including a George W! Does that mean we are done? I don't think so. It's never that easy . . . but maybe. 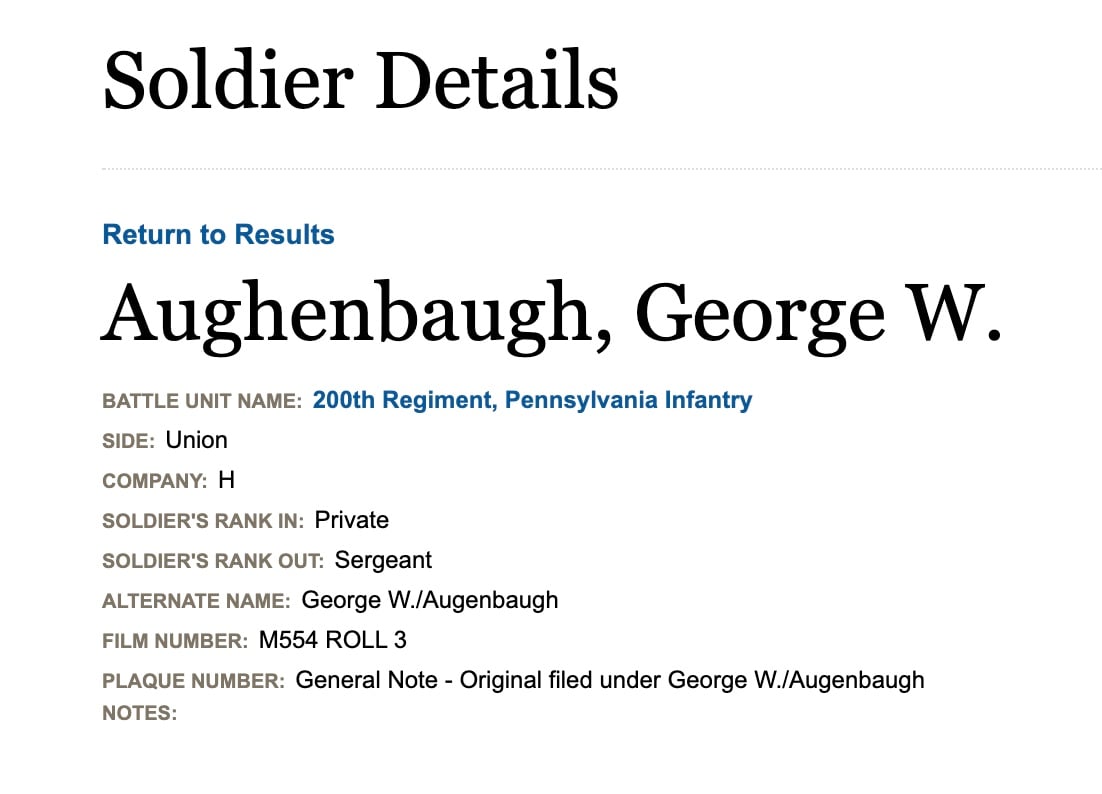 Fold3 lists close to 150 often boss but only one or two that seem to be contenders for the initials GW. Here are two. 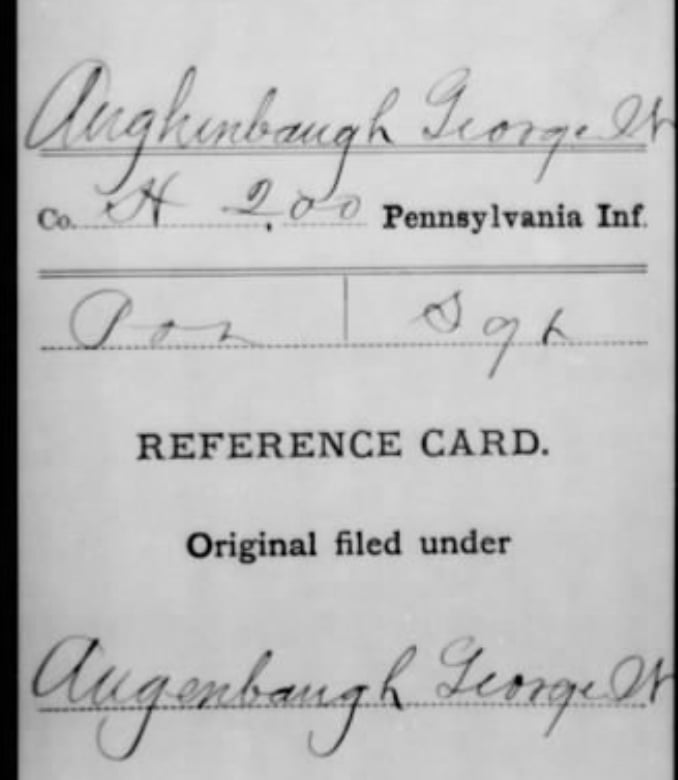 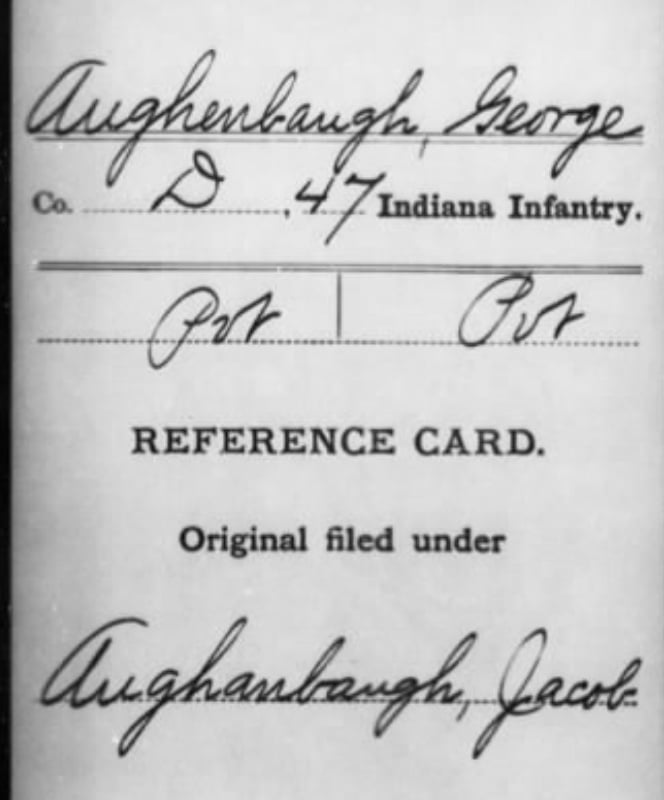 My favorite and perhaps most valuable record is from Find a Grave. This one confirms that George W was, in fact, married before the war. 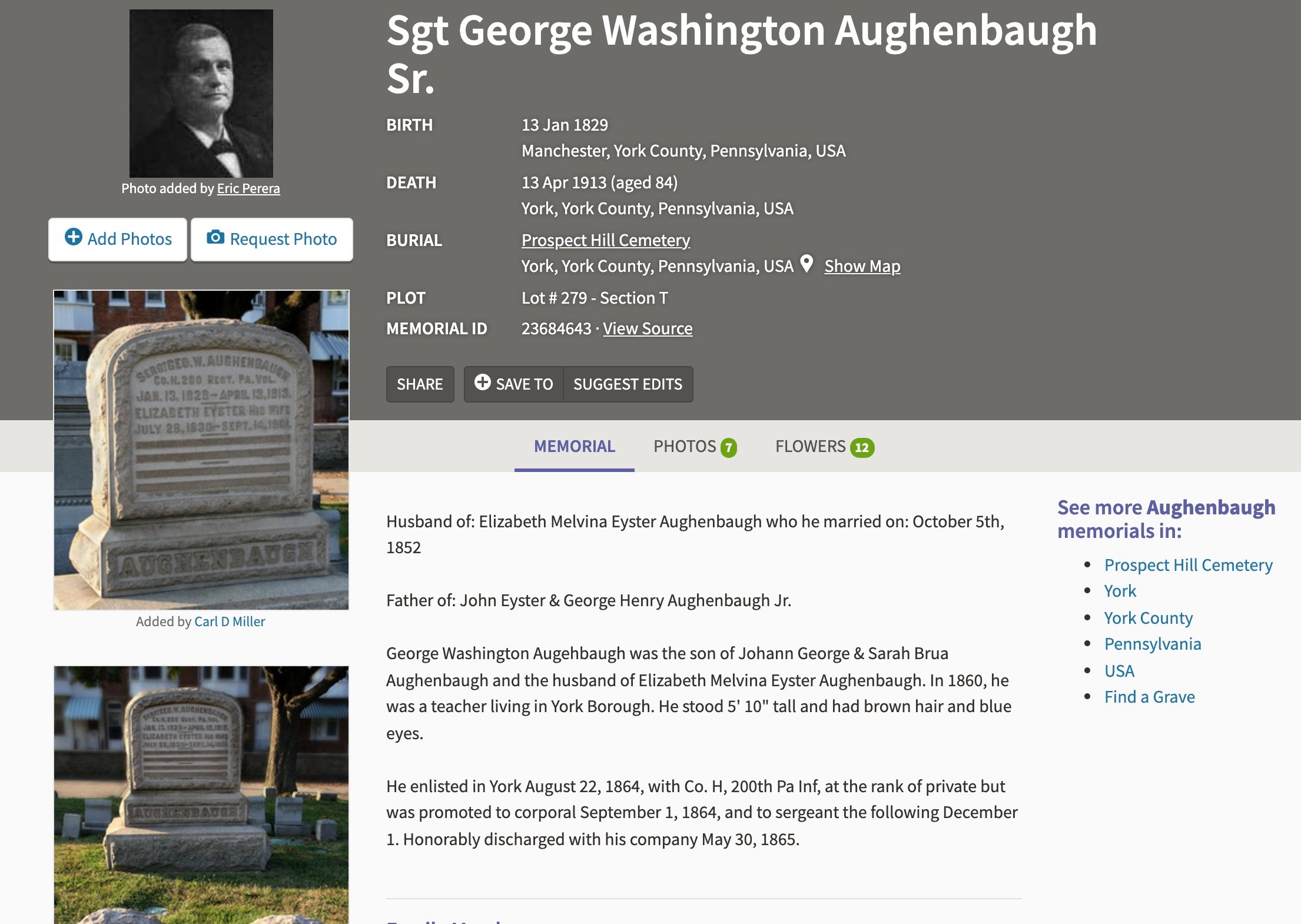 And here is a record on the 200th Pennsylvania Regiment that says they were in Alexandria at the time that our target was. 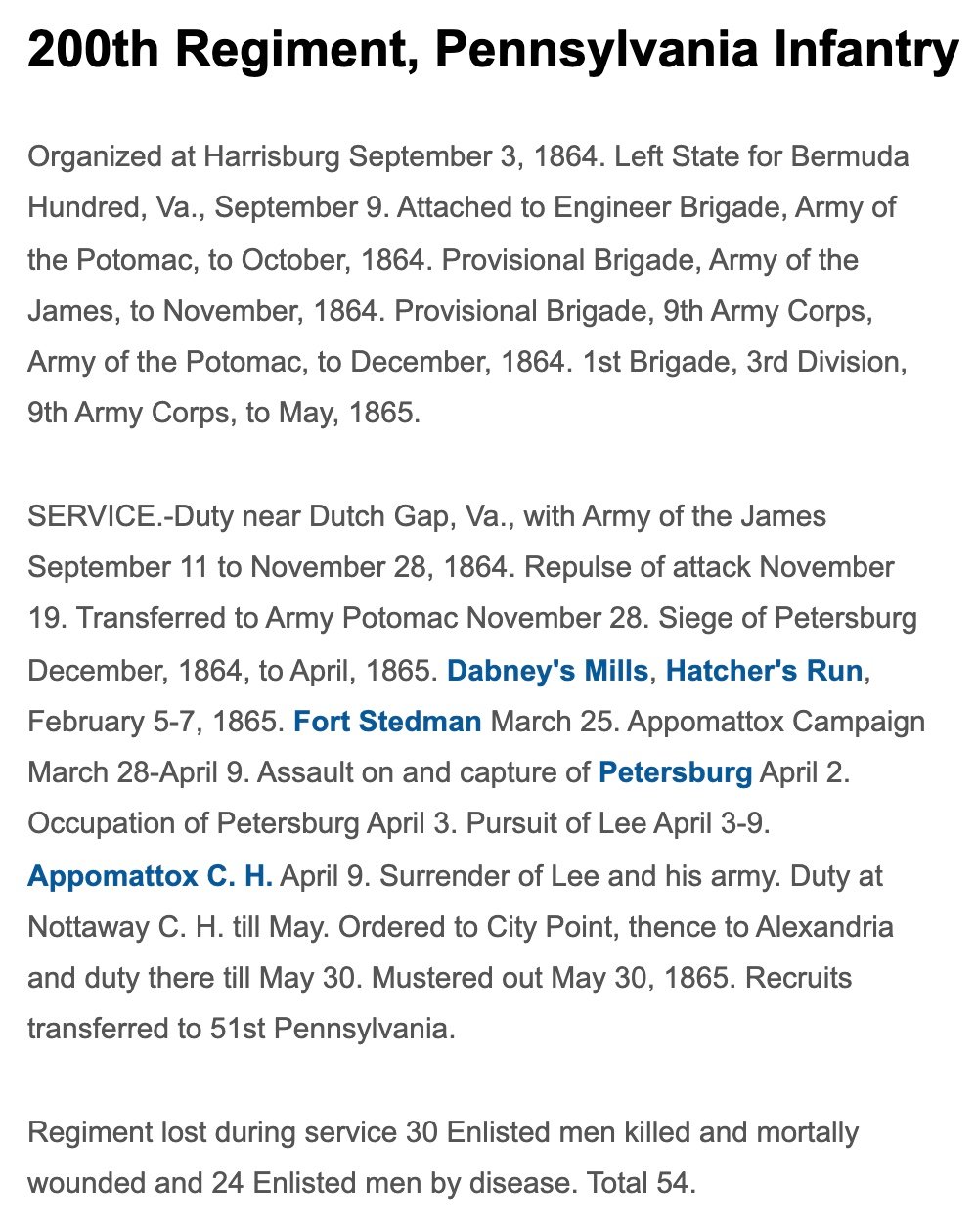 I am increasingly becoming convinced that GW Aughenbaugh is George W. Aughenbaugh, but I'm afraid that could just be confirmation bias. A newspaper-published obituary adds a bit more evidence. 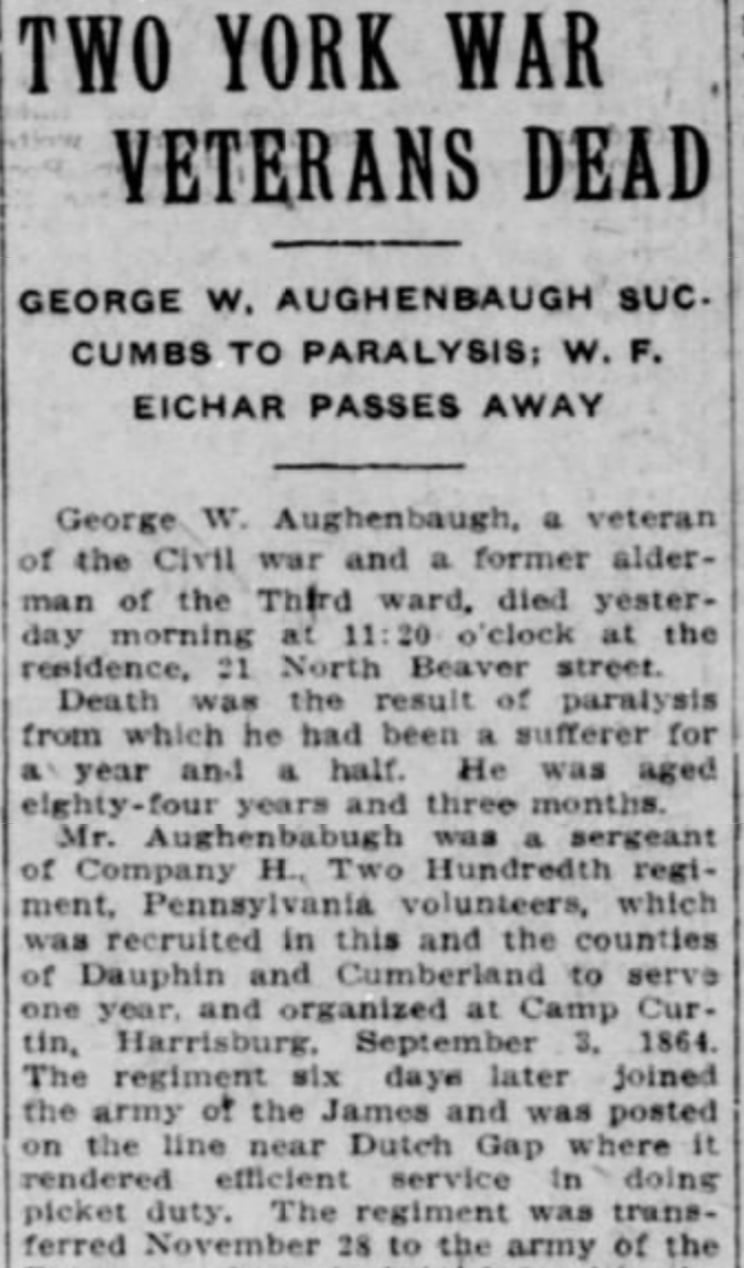 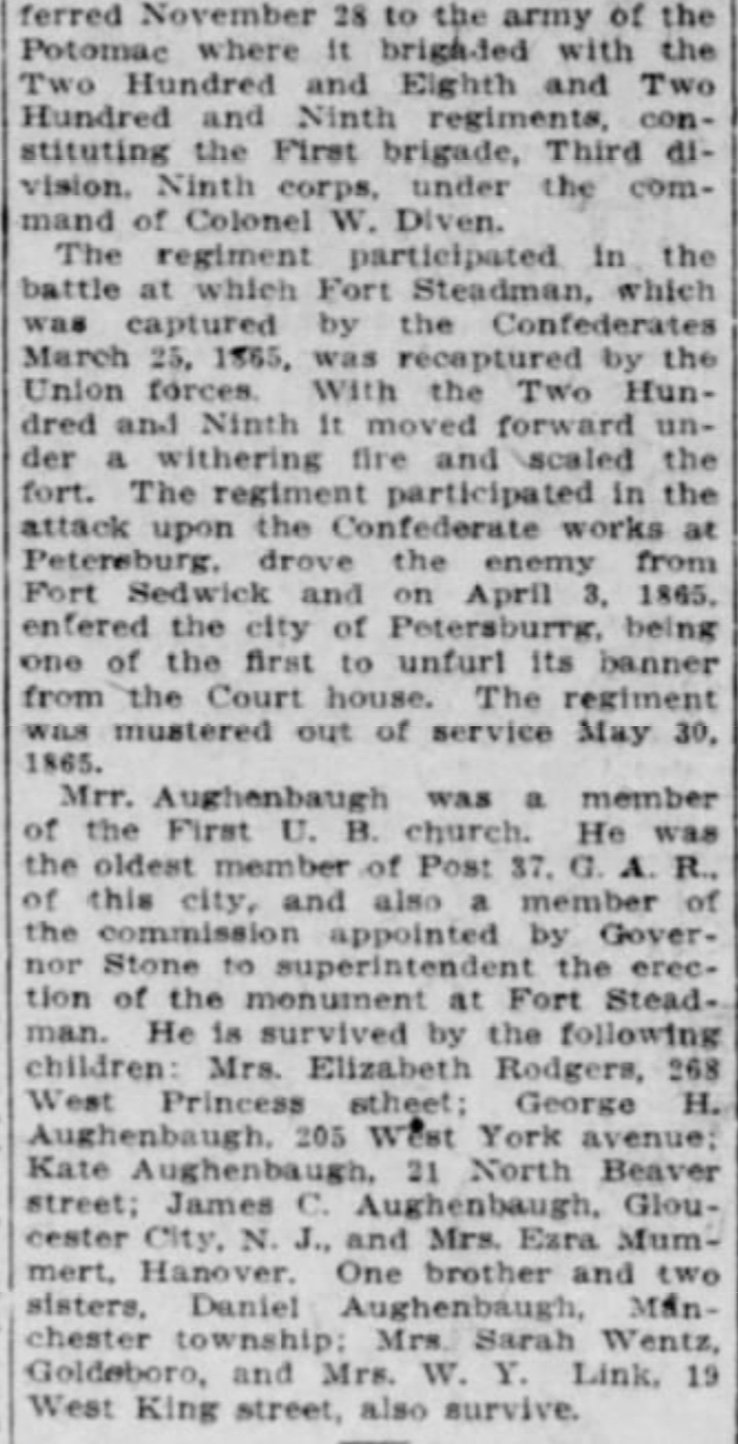 Here is the transcription and scan of the letter:

I received your letter last evening and was glad to hear that you were all well; I am well at present; you wish to know whether we are coming home or not I do not know how soon we may come home, I thought when we came from the front we would be home before this but in this I was mistaken and at this time it is hard to say when we will be home. We moved our camp about 2 miles from where we were encamped first when we landed, we are encamped now about 1 mile south of Alexandria close to the river, Michael Smysero father, old Berry, John Berry, Frederick Schriver; and Jesse Heilman were down to see us last Saturday, I was expecting George and Wolf to come see me then but they did not come; we are encamped on top of high ground and we can see Alexandria and Washington at one time from our camp; I was very sorry when I heard of the sad accident that happened to sister Mary‘s children, and it must have been a severe shock to her; the weather has been very disagreeable here for the last few days cool and rainy no more at present 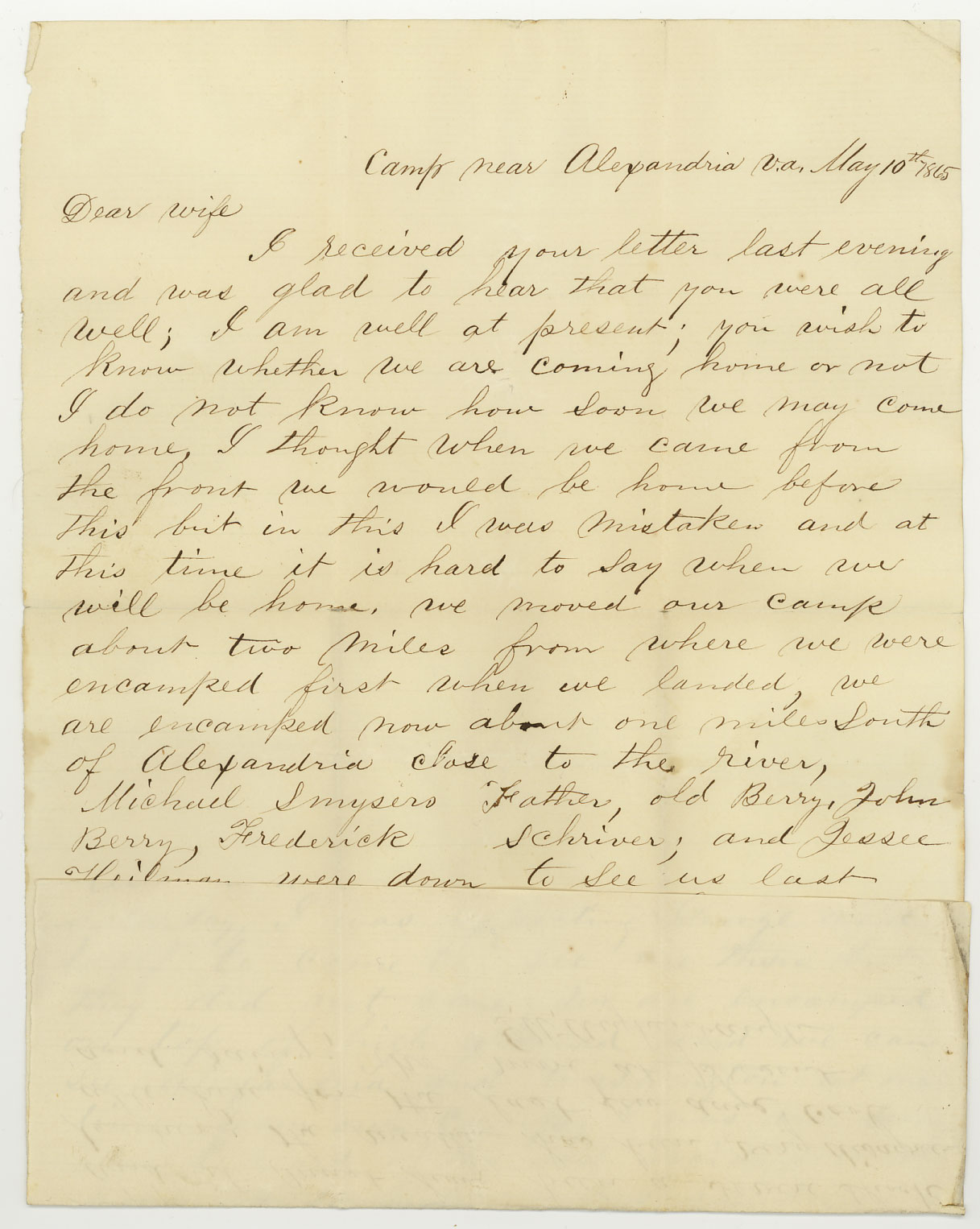 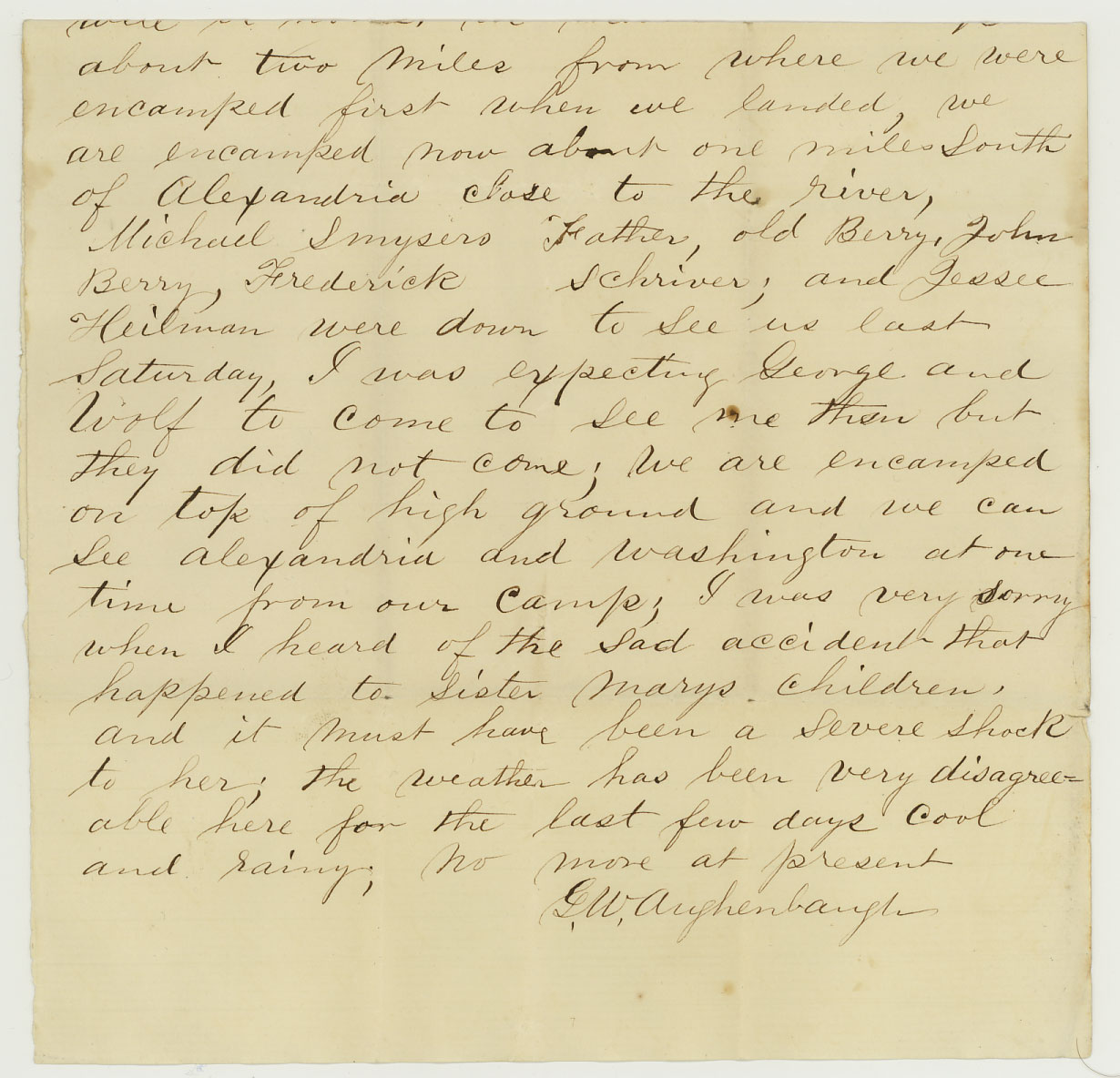 Well, what do you think? Did I correctly identify the correct Aughenbaugh? Vote below.